There were not many of these books left at the end of the evening with Sue kept busy signing many copies of The Green Lady. I’ll put details of the book at the end of this post. I’m really enjoying the book so far and will be sharing my review on Monday so watch out for that.

Not a bad view waiting for the bus home! Apart from the overhead tram power cables…

The event was expertly chaired by literary agent Jenny Brown and it was such an interesting discussion. We heard about the inspiration behind the book, the challenges of researching during lockdown and how to weave historical facts into a fictional account of the time. We were also treated to some of Sue’s fabulous home baking with cheese and basil puffs, cheese shortbread and Holyrood Tartlets. Sadly, no photos of those to show you – these tasty treats disappeared very quickly!
1567, Scotland: no place for a woman. Mary, Queen of Scots, is forced to abdicate in favour of her infant son. She can rely only on the loyalty of her ladies-in-waiting, chiefly Marie Seton. Meanwhile the political turmoil in the country is mirrored behind the walls of beautiful Fyvie Castle. Lilias’s marriage to Marie’s nephew, the ruthlessly ambitious Alexander Seton, goes awry after the birth of yet another daughter. He blames her, and contemplates drastic action. To what lengths will a man go to secure a son and heir?
Last night, for the first time in more than two years, I attended an in-person book launch and it was great to be in a room full of book lovers again. It was publication day for The Green Lady by Sue Lawrence, a historical novel set around the time of Mary Queen of Scots but focussing mostly on one of her loyal ladies-in-waiting Marie Seton and other noble women of that era. I’ve just started reading it ahead of the booktour next week which is organised by my good friend Kelly from Love Books Tours, who was with me at the event at Waterstones on Princes Street last night.
The Green Lady is a shocking tale of intrigue, secrets, treachery and murder, based on true events, but seen from a different perspective than is found in most history books. Casting a fascinating light on the ruthless nature of power, the story highlights the precarious position of sixteenth-century women, even those in the most privileged of circumstances. 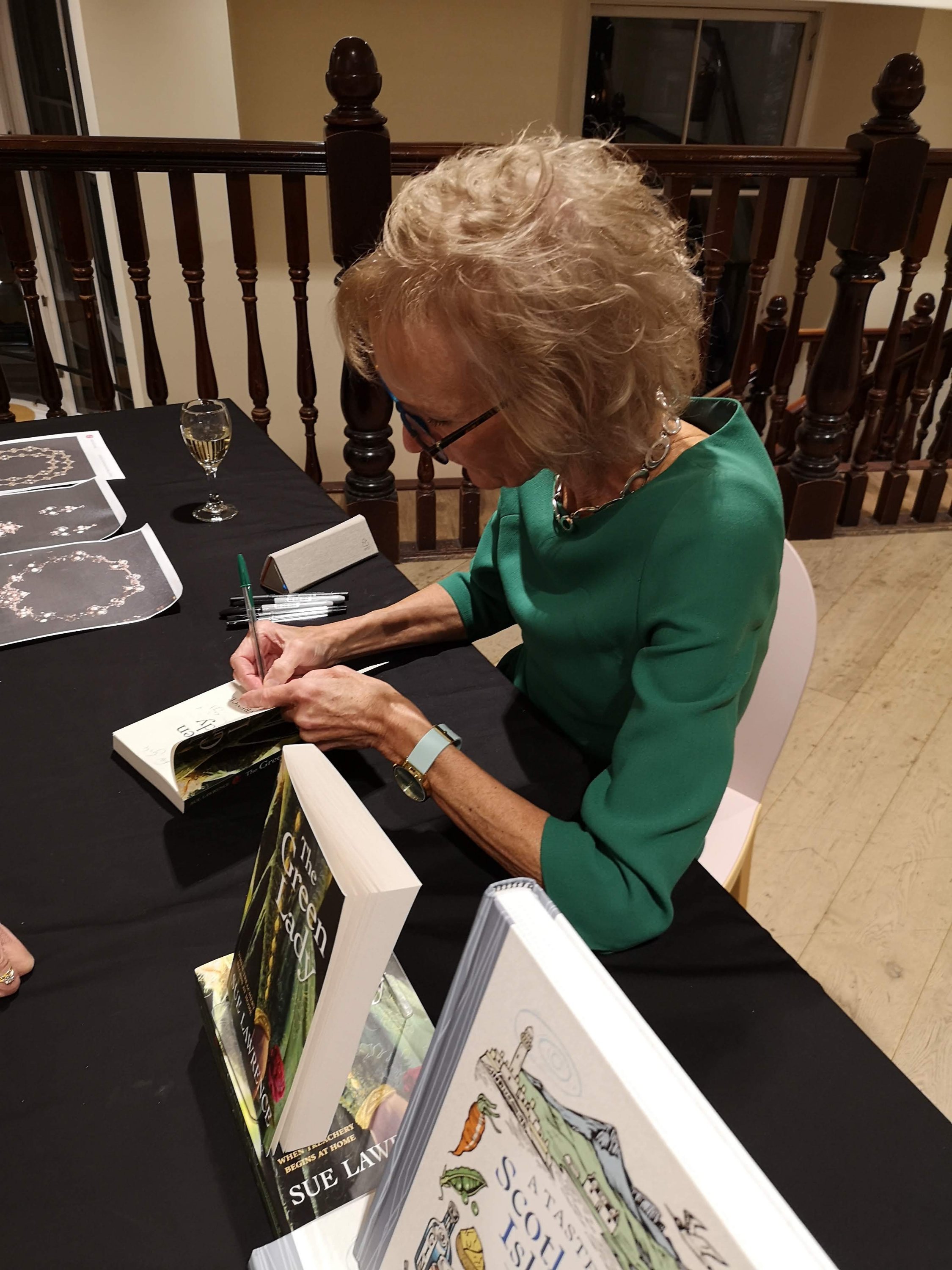