You can find him online at mikegayle.co.uk and on Twitter @mikegayle
Inspired by a box of mementos found abandoned in a skip following a house clearance, The Museum of Ordinary People is a thought-provoking and poignant story of memory, grief, loss and the things we leave behind.My ThoughtsI was really taken with the idea of a Museum of Ordinary People, full of items that people really could not bear to give away, “a museum celebrating the lives of ordinary people, revering their possessions, their legacies, their stories.” It was very intriguing that Alex had inherited this museum along with a business from someone he didn’t know, knowing nothing about the museum or why he had been bequeathed it. It was quite touching when he finally found out the reason.Mike Gayle was born and raised in Birmingham. After graduating from Salford University with a degree in Sociology, he moved to London to pursue a career in journalism and worked as a Features Editor and agony uncle. He has written for a variety of publications including The Sunday Times, the Guardian and Cosmopolitan.
Still reeling from the sudden death of her mother, Jess is about to do the hardest thing she’s ever done: empty her childhood home so that it can be sold.
The Museum of Ordinary People by Mike Gayle came out on Thursday in hardback, ebook and audiobook. My thanks to the publisher Hodder for the review copy. Before I tell you what I thought of the book, here’s what it is about.
About the Author
Mike Gayle is a wonderful storyteller and The Museum of Ordinary People is an engaging and emotional read. He really captures the feelings of sadness and grief following a bereavement, and the conflicted nature of having to clear out what were precious items to a beloved relative. Despite the sorrow though, it’s still a heart-warming read with an uplifting conclusion.

Mike became a full time novelist in 1997 following the publication of his Sunday Times top ten bestseller My Legendary Girlfriend, which was hailed by the Independent as ‘full of belly laughs and painfully acute observations,’ and by The Times as ‘a funny, frank account of a hopeless romantic’. His novels include Mr Commitment, Turning Thirty and The Man I Think I Know. His books have been translated into more than thirty languages.
I think everyone will identify with Jess and understand that emotional attachment to things, the precious memories associated with the items themselves and of the people they belong to. It can be really hard to clear out cherished items, particularly after a bereavement. Everyone knows it has to be done recognising that the things often have no use or particular value and are taking up valuable space. As Jess clears her mother’s house, her childhood home it invokes a whole lot of memories associated with her mum and her early life. “How could I possibly empty the contents of Mum’s house, when just like King Midas, I felt that everything she owned, no matter how ordinary, had been turned to gold by her touch”.

There is a small museum not far from where I live called The Wee Museum of Memory and it’s full of exactly the kind of things in the museum in the book. It’s a ‘hands on’ museum so you are allowed to touch the items and the staff there run regular reminiscing sessions. Personally, I have a collection of family photos from the late 1800s. I have no idea who most of the people are but I can’t bear to throw them out. The photo below of a rather stern looking chap is one where I do know who it is although there is still a mystery attached to it. It’s my great great grandfather John Cameron but if he actually was in Hong Kong as the mount suggests and why he was there if indeed he was, nobody in the family knows!
As they begin to delve into the history of the objects in their care, Alex and Jess not only unravel heartbreaking stories that span generations and continents, but also unearth long buried secrets that lie much closer to home.
But when in the process Jess stumbles across the mysterious Alex, together they become custodians of a strange archive of letters, photographs, curios and collections known as The Museum of Ordinary People. 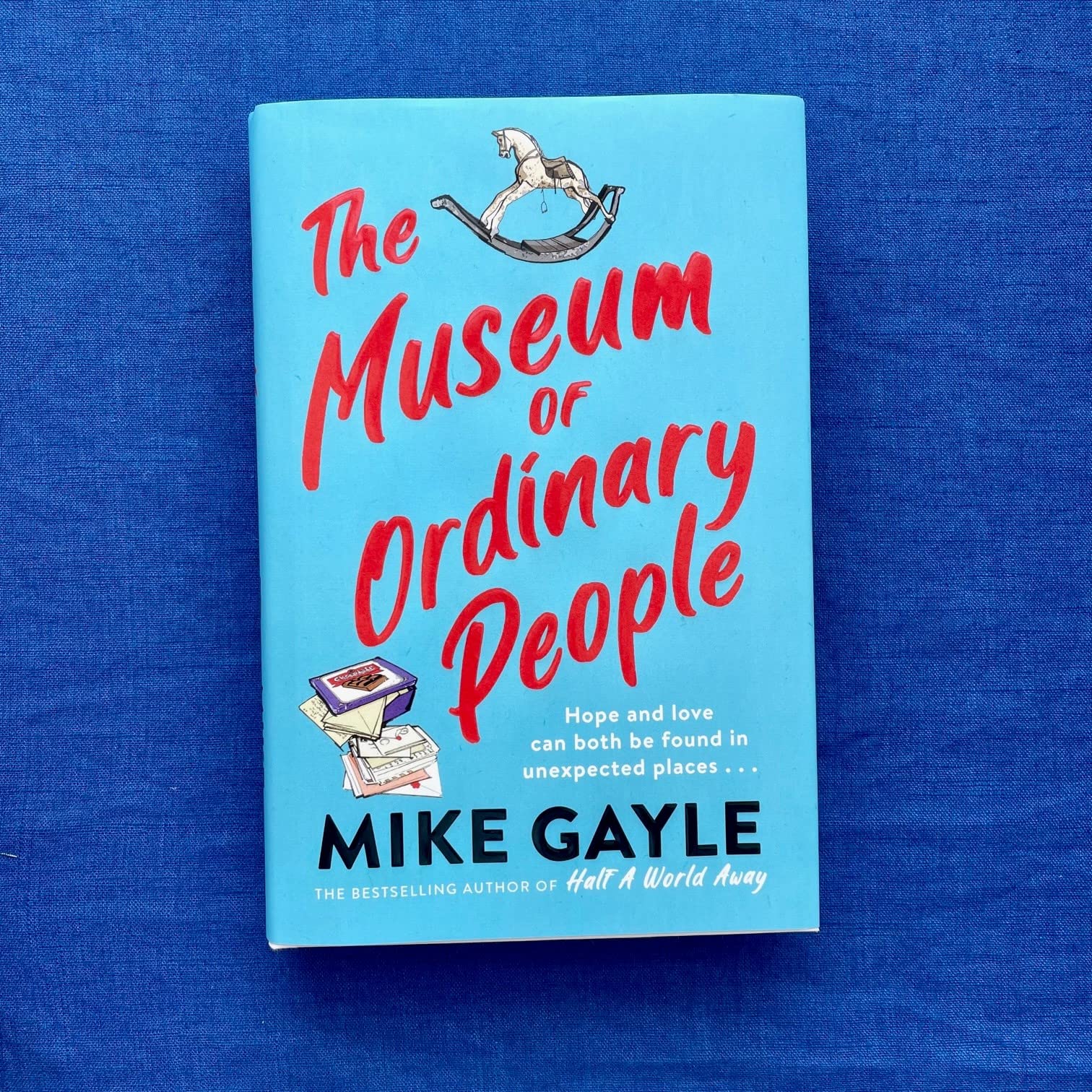