Despite the obvious humour, Domestic Bliss and Other Disasters is an insightful look at the changes to a woman’s life at that point when her children are grown but still haven’t let go of the apron strings. I enjoyed the mixture of comedy and real life issues.

Jane has written for many years as a freelance contributor to local newspapers. Her career began in the 1980s with a series of articles written for Punch Magazine. She has now written two novels, ‘She Who Laughs First’, and ‘A Diary of Domestic Bliss and Other Disasters’.
Today I’m sharing my thoughts about Domestic Bliss and Other Disasters by Jane Ions. My thanks to Bluemoose Books for the proof copy of the book for review purposes. It will be published on 25th March.
She is married, has two children, and lives in the north of England.

From the beginning of this book I was chortling away to myself. Sally, via Jane Ions, has a very acerbic and wry tone which I found was right up my street. Never mind domestic bliss, this is domestic life gone wrong and yet it’s all still such fun and so light-hearted. I could see this book as a sitcom on the TV. It’s full of wacky situations, bizarre living conditions, curious people, and unusual and sometimes complicated relationships, but Sally regales us with nine months of her life with warmth and wit throughout.

Sally Forth (yes that really is her name, albeit her unfortunate married one) is at a crossroads in her life. Fed up of her teaching job, she’s taken a break but is now wondering what she should do to fill her time. Her grown up children are causing havoc, especially Dan who has moved back home bringing with him various friends and girlfriends who seem set to hang around Sally’s home independently of Dan. Add to the mix her friend, Jen, who’s embarking on internet dating and the woman next door who may or may not be planning to poison her husband and it’s all rather chaotic. 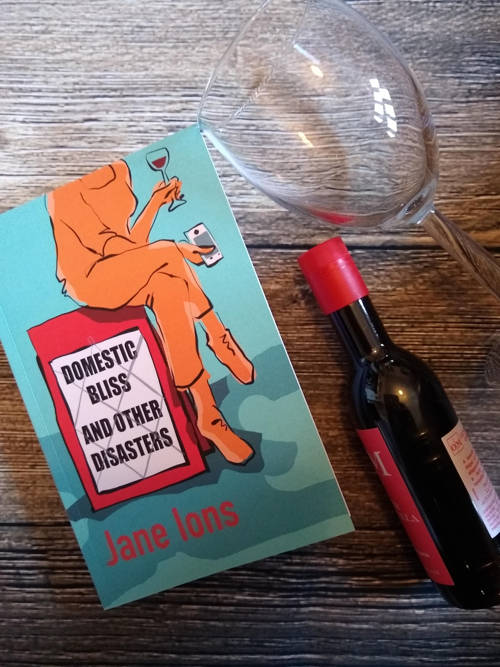 Sometimes a humorous read is just what is needed and Domestic Bliss and Other Disasters certainly fits the bill.

Sally’s son Dan has come back home from college after completing his performing arts degree. He needs rent-free accommodation, friends, a love life, and somewhere to perform his arts. Sally herself is taking a career break from teaching English. She’s tired of teaching year eleven pupils about the Mockingbird. She wants to kill the bird and stuff it with all the redundant apostrophe’s’ she’s ever seen in twenty years of marking essays. She needs a rest. She does not need her adult son Dan, his current girlfriend, his previous girlfriend and his old school friend to move in and share her kitchen and their lives with her. Sally could seek out her own friends to let off steam, but her friends prefer her to keep her steam to herself. They’re busy, and too much steam makes it difficult for them to see their own problems clearly. Sally’s husband Bill is an ambitious politician. A tranquil, unexceptional home-life would work well for Bill and his career. In his line of work he needs unconventional domestic arrangements like he needs ladies underwear in his briefcase. However, when Bill looks to his wife for her proper support, Sally does something outrageous …