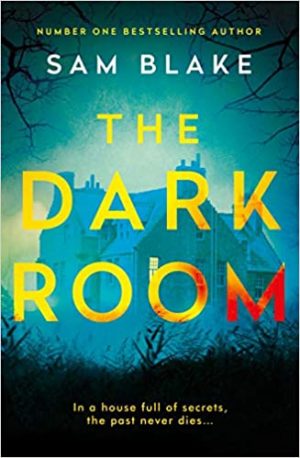 His muttered ‘What the fuck …?’ had told Alfie he’d been recognised too.
He’d got so used to not being seen – even when he was playing outside a Tube station people heard him, but they didn’t see him. Now he’d been seen – and worse, recognised. And not by just anybody. By the one person who had every reason to want him to stay quiet, to silence him. He’d been quiet; he’d slipped into obscurity, getting by, not talking to anyone, keeping his story to himself. Until he’d met Hunter, and then it had started to change. He hadn’t planned to tell anyone anything – ever – but Hunter was interested. He wanted to know what life was like on the streets, whether Alfie had people out there somewhere. He’d looked out for him, bought him the watch.
His violin under his arm, he pulled the carrier bag to himself protectively. He shivered. He’d got a new woolly hat when he’d called in to see if they had a stamp at the hostel, and a pair of fingerless gloves. They helped a bit, but Alfie knew he wouldn’t feel warm again until it all came out. He’d been cold with fear from the moment that torch beam had fallen on him, like a spotlight centre stage.He’d had always thought of it as ‘his’ car park; he was the oldest one who camped there, had been there the longest. He didn’t know why he kept going back. There were better places, but Alfie knew he liked the isolation, liked the fact that there were no security cameras, that he was usually alone. He was like a rat, he had familiar runs. Even if they weren’t ideal, he knew them – what did they say, ‘better the devil you know’?Perhaps he hadn’t changed that much.
Would they believe him? He wasn’t sure. He was invisible now, his voice silent, like a whisper in the night. Not like before, when he was younger. He’d been someone then, had been loud and popular and laughing with the others; he’d partied hard but aced his degree, had had a glittering career ahead of him. That’s what they’d been celebrating. A weekend away after the results, their last summer of freedom before the real work started and life began.
Hare’s Landing, West Cork. A house full of mystery…

Rachel Lambert leaves London afraid for her personal safety and determined to uncover the truth behind the sudden death of a homeless man with links to a country house hotel called Hare’s Landing.
He wasn’t sure about that one.
The letter was thick, his spidery handwriting spread over many more sheets than he’d expected. Once he’d made up his mind and he’d begun, the whole story had come out with detail he’d thought he’d forgotten. The smell of the car, the heat of the sun as they’d driven down from Dublin. The laughter. The roads had been so bad, winding and narrow, the tarmac potholed and loose. And no signposts; he didn’t know how tourists found their way around the country at all.

Published by Corvus
Available in ebook, audio and paperback (7 January 2021)
304 pages
______________________________________________________________
It wasn’t his name, but that’s what they called him on the streets, and it had become part of him. Like the violin he was named after, held firmly now under his arm.
It was important to get the story right. Exactly right. This could be his only chance. Things would spiral as soon as it was received. And everything would change.
Maybe he’d got paranoid living on the streets but this time he didn’t think he was being alarmist.
It had taken him all day to write the letter. But it was done now. All of it. And whatever happened they’d know; they’d have to hear him now.
Still holding the letter poised to drop, he lifted his other hand, the carrier bag handle looped securely around his wrist, and shook back the tattered sleeve of his tweed overcoat. He looked at the illuminated dial of his watch, at the minutes flicking past. He didn’t know when the letter would arrive – Frank in the hostel had only had a second class stamp and he’d missed the post today – but it would get there eventually.
And when it did, they’d know the whole story.
That was the question he wouldn’t answer. Why.
The torch had clicked off as another truck pulled into the yard, Nemo Freight emblazoned on its side. Alfie had a good idea what was going on, why they were here, but he didn’t want to know any details. Crawling back inside his tent, he’d pulled his violin to him, buried himself into the furthest corner so he could feel the wall against his back. Shrinking down into all his layers – the sleeping bags with the broken zips, the torn tweed coat he wore now – he had rocked silently, sick with fear.
The driver had cleared out so fast he knew a message would go back. It wasn’t how it looked, but would he have time to explain?

ABOUT THE BOOK
In that one moment, everything had changed.
And then Hunter’s TV crew had arrived with their cameras and mics and questions in the car park. Alfie cringed again at the timing of it all. Why had it had to happen like that? As they were unloading their equipment, another Nemo Freight truck had pulled into the car park, this time turning and pulling out again just as quickly.
As Rachel and Caroline join forces, it becomes clear that their investigations are intertwined – and that there is nothing more dangerous than the truth…
And Alfie had known he was in danger.
They’d know what had happened.
Alfie had been shocked when he’d seen him swinging out of the cab of the lorry, his face illuminated by the interior lights. The devil himself. He’d had a heavy torch in his hand, and perhaps sensing movement in the darkness beside the bins, had swung the beam around on Alfie just as he’d started to pull his head back into his tent.
It had all come roaring back that night, all the alarms ringing together, like white water, filling his ears, choking, drowning him in the memories, suffocating him.
New York-based crime reporter Caroline Kelly’s career is threatened by a lawsuit and she needs some thinking space away from her job. But almost as soon as she arrives, Hare’s Landing begins to reveal its own stories – a 30-year-old missing person’s case and the mysterious death of the hotel’s former owner.

EXTRACT
And then …
Prologue
Above him, the ornate clock on the station tower clicked on another minute.
It was trying to get it all out of his head that had always been the problem, to switch off his imagination. Getting away, becoming someone else, had been the only way he could cope. But it was still there, every day. Like the dull incessant ticking of a clock in the background of his life. He didn’t think he’d ever be free.
For now.
My thanks to Anne Cater of Random Things Tours for the invitation to take part in the tour and to the publisher for providing the extract for sharing.
And then they’d had nothing.
Alfie Bows.
In the road beside him, the traffic began to roll forward again. Alfie looked over his shoulder. He was sure he’d been followed before, but he’d been careful this time.
But he wanted his voice heard – whatever happened, he wanted them to know the truth. It wasn’t pretty. It was dark and dirty and had changed the entire course of his life – Christ, the number of times he’d wished he’d gone home that weekend instead of chasing a high. But there had been the promise of booze, of lines, of a country house by the sea and a long hot weekend. They’d had everything.
He’d been seen.
Safe.
He’d been found, and he’d been seen speaking to the documentary crew. Something was going to happen. He could see it in the shadows, feel it in the air. And whatever happened next, Hunter had been good to him, he owed him the truth.
A. B.
But why. Always why.
Sam Blake is a pseudonym for Vanessa Fox O’Loughlin, the founder of The Inkwell Group publishing consultancy and the hugely popular national writing resources website Writing.ie. She is Ireland’s leading literary scout and has assisted many award-winning and bestselling authors to publication. As Sam Blake, she has written four previous novels and has topped the Irish bestseller chart.
The rain was getting heavier now, falling like a gossamer curtain illuminated by the street lights. Alfie took another look at the envelope and caught his breath as he dropped it into the box.
He’d ended up writing the last page in cramped letters, the ink beginning to fade as he squeezed his initials into the corner.
It had only been a week ago, but it felt like a lifetime. Longer than a lifetime. Before, he’d looked forward to what life offered; afterwards he’d lived day by day. Now it was hour by hour.

Alfie’s hand shook as he slipped the letter into the mouth of the postbox, his bitten nails black against the cream of the envelope. He hesitated, holding it on the cold cast-iron lip, glancing behind him, checking the road again. The traffic was almost stationary, lights dazzling. He looked in the opposite direction, to the column of blazing red tail-lights.
His hand still on the edge of the postbox, Alfie smiled sadly to himself; normally the long hair and the dirt, the odd assortment of clothes, was a disguise. But not now. Maybe the recent graduate with his rugby jersey, the stiff white collar turned up, hadn’t really changed that much, despite what life had thrown at him.