Dot is dogged by fear, coming to terms with her mother’s rejection of her. She should be enjoying the happiness she craves with her beloved Cess; instead, she’s trapped in an asylum, haunted by the horrifying cries of inmates. All she wants is to get married, but what chance is there for her if she’s locked away?

I’m looking forward to book three now and to see if Elsie gets her happy ending and how Millie fares after the revelations in this book. I went from smiles to frowns many times as I read this story but one thing that I can always be sure of is that Mary Wood will produce something that is both heart-warming and heart-wrenching, tragic yet uplifting. I really enjoyed Secrets of the Jam Factory Girls.
When we left the girls at the end of book one, they’d all been through quite an upheaval with their respective families and learned a lot about each other. Elsie and Dot are from quite a different background to the upper class, Millie, but they all get on like a house on fire. As always though, the author doesn’t want her characters resting on their laurels and getting too settled and there’s a lot in store in this book for each of them. 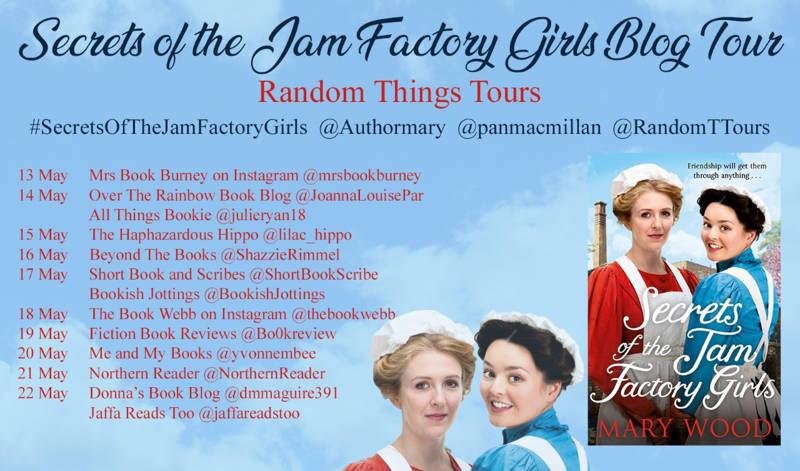 Can the Jam Factory girls create the future they all deserve? 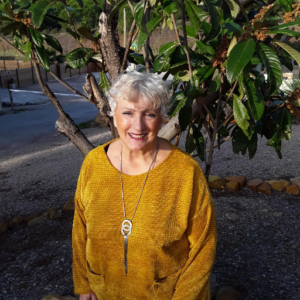 Born the thirteenth child of fifteen to a middle-class mother and an East End barrow boy, Mary Wood’s family was poor, but rich in love. Mary raised four children and has numerous
grandchildren, step-grandchildren and great-grandchildren. An avid reader, she first put pen to paper in 1989 and is now a full-time novelist. She is the bestselling author of
numerous books, including The Abandoned Daughter and The Brave Daughters.

Wood’s characterisations are always very convincing and I had such a sense of feeling that the good characters are ones I’d love to be friends with and the horrid ones are ones that I feel a very strong dislike for. The setting is portrayed well too with a big contrast between Elsie and Dot’s tenement past and Millie’s posh house with staff. Then there’s the factory itself, which didn’t play as large a part in this book as the previous one but which is still an integral part of the story. I also enjoyed the social history aspect, with the beginning of improvements in working conditions and women’s rights becoming more prevalent.
This historical saga series begins with The Jam Factory Girls. 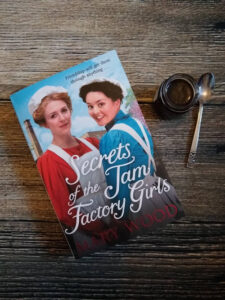 It’s been great to catch up with Elsie, Dot and Millie, the jam factory girls of the title, in this second instalment of what is going to be a series about them. Mary Wood is a lovely saga writer, and she always writes an engrossing story filled with ups and downs and highs and lows for the characters.

Elsie’s worked her way up at Swift’s Jam Factory from the shop floor to the top, and now it’s her time to shine. But when she’s involved in an incident involving her half-sister Millie’s new husband, she is forced to keep it secret – the truth could threaten their sisterly bond.

Millie is trying to build a life with her new husband. But the man she loves is not all he seems . . .

At one point I exclaimed out loud as I thought a particular character just couldn’t take anymore, but these girls are strong and I hoped she could get through it. It’s difficult to write a review without saying too much about what happened in book one but I knew that if anyone could cope with all that life was throwing at them then it was these plucky lasses.

I’m delighted to be taking part in the blog tour for Secrets of the Jam Factory Girls by Mary Wood today. I really enjoyed this second book of the series. My thanks to Pan Macmillan for the review copy of the book and to Anne Cater of Random Things Tours for the place on the tour.