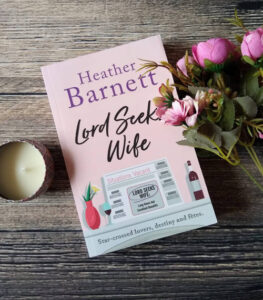 What do you do when you’re a Lord who needs a wife and heirs but you’re no good at meeting people and you’d rather have your head stuck in between the covers of one of your beloved Wilkie Collins books? Well, you stick an advert in the paper, not in the Lonely Hearts section but in the Situations Vacant section: Lord Seeks Wife!
Buying links:

Like Loading…
Goodreads link
Amazon UK
The characters are certainly amusing. I’m glad I don’t live in Gently Rising, I must admit. If you’re after an easy to read rom-com style caper than Lord Seeks Wife certainly fits the bill.

In a summer packed with suspicious exes, snobbery, social climbers and sausage rolls, Gently Rising will bear witness to a public courtship like no other. But who will come out on top?

Lord Noblet de Beeble (!!) does just that and finds himself inundated with women (and some men) applying for the role. His mother is faintly disgusted by the process and Noblet asks his brother, Henry, to help him sift through the applications. Whereas a couple of hundred years ago a Lord might have gone to a ball to help him find a wife, the author wanted to use the idea of open audition reality shows to bring this story bang up to date. It does have the feel of a cattle market about it but that’s about as good as it gets with Noblet.
Please visit Heather’s website (https://www.heatherbarnettauthor.com) to read more.

‘The idea for Lord Seeks Wife was based on wondering what would happen if you crossed the ‘open audition’ format of reality TV shows with a quintessential English village, peopled with eccentric characters and different social classes. Plus I’ve always been fascinated by the weird and wonderful announcements to be found in local newspaper classified ads – in Lord Seeks Wife that became the Situations Vacant section where Lord de Beeble advertises for a wife.’ —Heather Barnett
Kobo 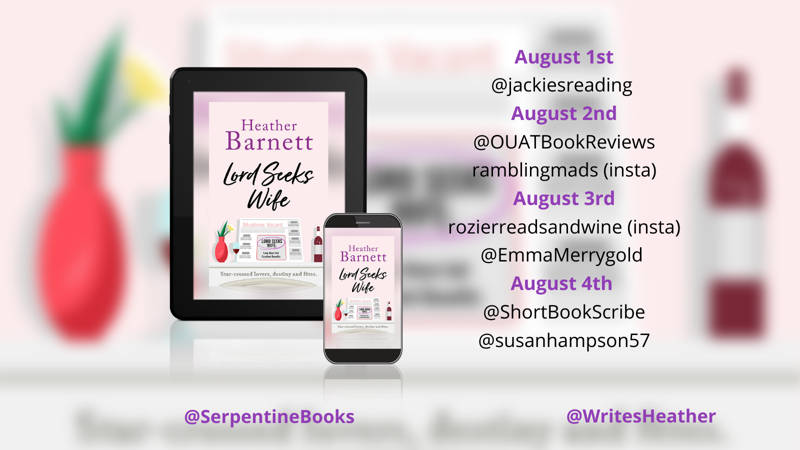 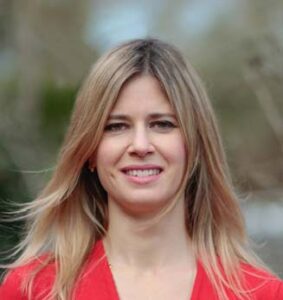 Heather Barnett has been making things up and writing them down ever since she could hold a pen. She studied English and French at the University of Leeds and has written at every opportunity since, from copywriting to stand-up comedy and sketches. Her influences span Jane Austen and Douglas Adams at one end of the alphabet through to PG Wodehouse at the other. Her debut novel, Acts of Kindness, was kick-started with the help of sessions at the Faber Academy and Arvon Foundation, and then regularly impeded by her two attention-seeking cats. She is head of marketing at an agency in Oxfordshire.

Lord Seeks Wife is a very light-hearted, fun read about village life. I felt it had a kind of slapstick feel to it, with the unusual names of some of the characters and the crazy situations they found themselves in adding to that sense. There are the local eccentrics, the snobs, and those people who think they deserve more than they currently have, plus a lovely primary school teacher called Alice and stunning newcomer named Mia.

Heather’s debut novel, Acts of Kindness was published in March 2021. Lord Seeks Wife is a hilarious romantic comedy and is her follow-up book.
B&N
Twitter @WritesHeather
Reclusive academic Lord Noblet de Beeble doesn’t want to get married but his overbearing mother, Lady Caroline, is insisting he must. When he places an advert for a wife in the Situations Vacant section of his local newspaper, the national press pick up the story. A desperate Noblet calls on his handsome younger brother, Henry, to help him navigate the subsequent media frenzy.
Follow Heather on:
It’s my stop on the blog tour for Lord Seeks Wife by Heather Barnett today. My thanks to the author and to Serpentine Books for the proof copy of the book for review purposes and the place on the tour. The eBook is available now and also the hardback via Amazon only. It will be published in paperback early next year.

Among the hordes of hopeful candidates to descend on the village of Gently Rising is the beautiful and mysterious Mia Wild, who befriends local primary school teacher, Alice Brand. Alice has been looking for something to spice up her life, but getting embroiled in a very public wife-hunt wasn’t what she had in mind.