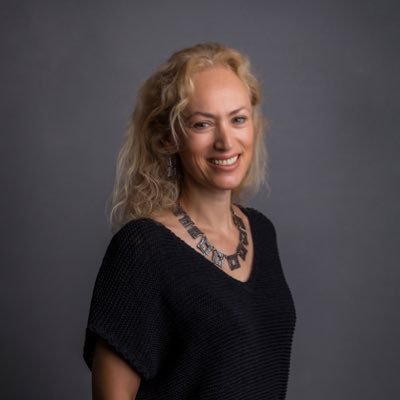 I’ve recommended Still Life by Sarah Winman to many, many friends of late. It is so uplifting, a beautiful story, told with humour, and in these times I think we all need uplifting, beautiful stories.
Maggie O’Farrell’s Hamnet would make a brilliant film. The writing is so evocative, I really hope that it is made one day.
Tricky one, but I think I would choose Elizabeth Bennet. She is sharp and humorous, compassionate and feisty. And, of course, she gets to marry Mr Darcy, so…
How did you come up with the title for your book?
If you were on Desert Island Discs, what one book would you take with you?
I am hopeless at coming up with good titles. I’m afraid this had the title ‘Book 2’ while I was writing it, and it was a brainstorming session with my agent and editor who between them came up with this one, along with a few others. I really liked it, and it was their favourite too, so it stuck!
Do you have a work in progress just now?

Although The Hidden Child is being published in paperback on 12th May 2022, it was first published in hardback in early September 2021. I was able to have a physical launch party in my local Waterstones branch, to which lots of family and friends came. It was so lovely to be able to celebrate this in person because my debut had come out in May 2020 into lockdown and all the wonderful events which had been planned for that had to be cancelled. So this felt like a double celebration.  I also held several on-line events in October when the book launched in America and Canada. One benefit of the post-lockdown world is that we can now do virtual events all over the world and connect with people who would otherwise be unable to participate. This is a good thing and I hope it will continue.
How did you celebrate publication day?
I’m on Twitter: https://twitter.com/FeinLouise   Instagram:  https://www.instagram.com/louisefeinauthor/ and Facebook: https://www.facebook.com/louisefeinauthor
Is there a book you’d love to see made into a film?
The Hidden Child is set in England in the late 1920s. It’s the story of Eleanor and Edward Hamilton, a wealthy and socially influential couple, who from the outside have the perfect life. Edward is a pioneer both in education policy for the nation and in the burgeoning eugenics movement, but when Mabel, their delightful four-year-old daughter, begins to develop debilitating seizures, one of the undesirable conditions Edward campaigns against, their world fractures. Forced to hide their daughter away, the couple must confront the truth of their past and the secrets that have been buried. This novel is partly based on real people.
What one book would you recommend to a friend and why?
Lessons in Chemistry by Bonnie Garmus – I’d heard a lot about this book, and it doesn’t disappoint. Absolutely brilliant – I highly recommend.
In a nutshell, what is your book about?

My debut novel, People Like Us (Daughter of the Reich) took around five years to research, write and find a publisher. I knew nobody in publishing, so I sent my book out to agents’ slush piles and hoped for the best. Like most authors, I had a lot of rejections, but I did have interest from several agents and signed with my now agent late in 2018, the book going on submission in January 2019. I had very low expectations of what might happen, as I knew the odds, but dreams can come true, and I was lucky enough to secure publishing deals both in the UK and the US/Canada and the book has been translated into eleven foreign languages and was shortlisted too, for a couple of prizes. Unfortunately, it was launched into lockdown in May 2020 which meant all events were cancelled. But I was at least able to celebrate my second novel, The Hidden Child, when it was first published in hardback in September 2021. This novel will be published in paperback on 12th May 2022.
Hello, and thank you so much for having me on your blog! Although I have always dreamt of being a writer, I came to it rather late! A busy career in law and finance plus three children didn’t leave much time for writing, and it was only when my youngest child became ill and I had to give up work, that I signed up to do a master’s degree in creative writing and began work on what was to become my debut novel. I write historical fiction, to date focussing on the twentieth century. I love writing about times of social change and from characters seldom heard from, or angled from unusual points of view. In particular, I’m interested in themes which resonate with today’s world. When not writing, I enjoy spending time with my family at home in the Surrey countryside, where I am also in servitude to my small dog and two naughty cats.

And finally, if you could be a character in any book you have read, who would it be and why?
The Hidden Child is published by Head of Zeus in ebook and by Aria Fiction in paperback.

Tell me about your journey to publication
I’m very pleased to welcome Louise Fein to the blog today. Louise’s novel, The Hidden Child, has recently been released in paperback and I hope to be reading it soon. Today she’s answering my Author in the Spotlight questions. Welcome Louise. First of all, would you tell my blog readers a little about yourself?
How can people follow you or connect with you on social media?

I’ve always loved reading and as a child was often found with my nose buried in a book. I wanted to be a writer really for as long as I could read and have always written stories, poems and diaries whenever time allowed. When my youngest child developed a severe form of epilepsy aged two, however, my world changed. I stopped work to care for her. When things started to improve and I had a little more time, my husband encouraged me to follow my dream and study for a degree in creative writing. I had the concept for a novel which was inspired by my father’s experience of being a German Jewish refugee who had fled the Nazis from Leipzig in the 1930’s, but the degree gave me the confidence to write it. So much has been written about World War II and the Holocaust, but I didn’t want to write about that. I wanted to explore how, in just a few short years, an entire civilised European nation could be brainwashed and coerced into committing such atrocities. My story is told from the perspective of a young girl who grows up fed on a diet of Nazi propaganda, who believes in the glorious idea of the thousand-year Reich, and then what happens when she falls in love with a Jewish friend from the past.
I think I would take Pride and Prejudice, by Jane Austen. It’s a book I’ve read several times and never bore of it. I would find it a comforting distraction to my situation.
I do! It is set in the early 1960’s, and also has a 1940’s thread. It involves family secrets, women breaking society’s constraints, the looming threat of nuclear war and a little espionage thrown in. Can’t say more than that for now!
What inspired you to start writing?
What are you reading just now?

I have a website at:  https://www.louisefein.com where you can sign up for a quarterly newsletter and the occasional blog, short story and giveaway. 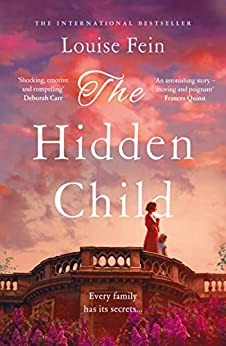