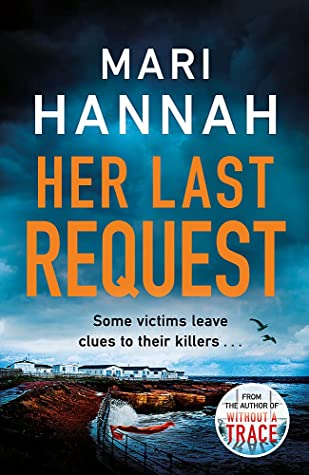 The Countdown is on…
The note contains a last request: ‘Find Aaron’. But is Kate searching for a potential second victim, or a killer?
Kate Daniels and her team have a monumental task ahead of them. The killer has been careful to leave no evidence and the team have to first identify the victim, who has gone off grid for self protection.
MY THOUGHTS
ABOUT THE AUTHOR
Kate’s obsession with this case puts her relationship with her girlfriend Jo under strain. Jo as a profiler is also working on the case and sees how deeply it affects Kate. It feels personal to her and she goes above and beyond to get justice for the victim, despite knowing the personal danger it puts her in.
Publisher: Orion
Format: Ebook, Audio, Hardback (September 2021) | Paperback (20 January 2022)
Pages: 416
Source: Copy received for review A Hidden Clue Following the clues, Kate becomes the obsession of her adversary who will stop at nothing to get what he wants. Will she find Aaron before he does?
This really has a fast pace where the detectives never seem to draw breath. Kate is a whirlwind, often reckless with her own safety and one who doesn’t take any prisoners but she has the respect of her team. Her loyal DS, Hank, always has her back but in an unfortunate set of circumstances, he ends up needing her support.
Some victims leave clues to their killers…
My thanks to Alainna of Orion for the tour invitation and review copy along with the personalised mail out. I’ve never been a DS before! Her Last Request is the eighth book in the DCI Kate Daniels series but my first, and I although there were backstories of which I was unaware, the author has written this so that new readers don’t feel disadvantaged by not reading previous books.
Author Links:
Her Last Request is a dark crime thriller with a sadistic killer who always seems to be one step ahead. With themes of abuse and control the storyline has emotional depth as well as being an exciting and twisty read. With short punchy chapters it’s also an addictive one and although it’s over 400 pages, I raced through it.
A Desperate Plea
I’m sure existing fans of this series will love this latest instalment whilst new readers like me, have found another series to follow.

Her Last Request gets off to a chilling start with the prologue. A note written by the victim. They clearly know their fate and are hoping the note will be found by someone other than their killer. Without identifying anyone, it tells of physical and mental abuse suffered, ending with one last request – “Find Aaron”.

Mari Hannah is a multi-award-winning author whose authentic voice is no happy accident. A former probation officer, she lives in rural Northumberland with her partner, an ex-murder detective. Mari turned to screenwriting when her career was cut short following an assault on duty. Her debut, The Murder Wall, won her the Polari First Book Prize. Her second picked up a Northern Writers’ Award and her body of work won her the CWA Dagger in the Library 2017, an incredible honour to receive so early in her career. In 2019, she was Programming Chair of Theakston Old Peculier Crime Writing Festival and was awarded the DIVA Wordsmith of the Year. In 2020, Mari won Capital Crime ‘Crime Book of the Year’ for Without a Trace. Her Kate Daniels series is in development with Sprout Pictures
A victim leaves a note for the SIO who will investigate her death. This not what DCI Kate Daniels expects to find concealed at a crime scene.