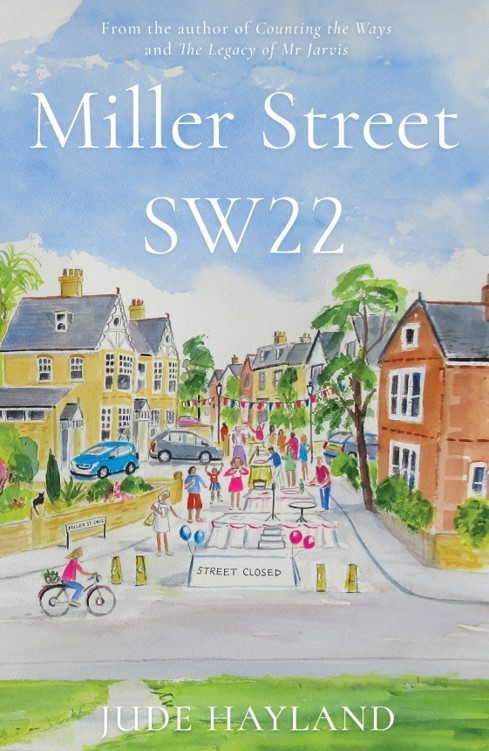 Jude Hayland started her writing career as a commercial short story writer for women’s magazines. After over 25 years of being published widely both in the UK and internationally, she graduated with an M.A. in Creative Writing and switched to full length fiction. She has now written 3novels and is working on her fourth. Born in London, she now lives in Winchester although also spends a lot of time at a family house in a village in North West Crete. She is the proud mother of one adult son and, in addition to writing, blogging, tutoring and reading, is attempting to learn to speak Modern Greek.
His plane leaves at nine.
Unlike him. For he was breaking loose. Getting out.
About the Author
Now read the Preface
Later than his rash promise to his parents. And already feels remorse for his selfishness. He could have afforded, after all, some generosity tonight of all nights. There could have been an allowance made for a sort of Last Supper in the bleak back dining room, his father, proprietorial out of habit, at the head of the table, his mother, diffident, sitting opposite. He could have placated so easily the two of them, yielded to the consolation of his mother’s undemonstrative, quiet love. His father’s brusque pride.
I’m delighted to be beginning the blogtour for Miller Street SW22 by sharing the rather intriguing preface of the book with you. First though, let’s find out what the book is about.
He is back late.
He’ll be away from all this in a matter of hours.
But he wakes up just in time, force of habit, something regulated by years of travelling on the same Metropolitan line so that now he stumbles sleepily down the steps, out of the station, juggles for keys, pats trouser pockets. His car is one of only two remaining in the haphazard parking arrangement that straddles the forecourt. It is nearer midnight than eleven and he feels already the pull of the next day, the early start, and again regrets his extended leave-taking celebrations with those forgettable colleagues. After all, there is no possibility that any of them will keep in touch and it is how he wants it. He is shredding the past few years, the oppressive dullness of it, picking off the detritus to emerge emboldened, freed to a new, uncharted future.
As the months pass and the date of the street party grows closer, Catherine, Sam and Frances are unaware of what lies ahead. For the past, they are to discover, is not as fixed and immovable as they have assumed. It can beguile. Ultimately, what is uncovered in the summer of 2006 offers each of them a future unimagined and an entirely new understanding of the past.
Instead, he had stayed on at the pub near Holborn, bought another round, thrown careless coins and notes in the direction of the barman, moved an hour later to a place in Blackfriars, spent more, drunk more, until he found himself alone, his erstwhile colleagues self-despatched to trains and homes in Sidcup, Surbiton, Penge. He pitied them. And despised them, too, for their willingness to surrender to the shackles of sure, secure and certain futures.
Only the second flight he has ever taken (and that weekend trip to Paris with an old school friend hardly counts) and he smiles at the prospect of international travel, even chuckles out loud with the sheer bravado of it. The sophistication. His breath is clear on the late-night October air as he shoves keys into the lock, gets inside. Shivers. The night’s close to freezing, he’s sure. It has been raining constantly for days, but now the mild, wet air has lifted, replaced by sharp winds as if autumn is shifting prematurely. Avalanches of leaves lie sodden like mulch underfoot. The windscreen wipers on his old car make a stubborn, slow job of shifting the windfall. His fingers are cold and he tries holding them in a fist in front of the inadequate heater, flexes them to restore warmth.
A story of loss, love, guilt and ultimately hope and redemption, Miller Street SW22 follows a year in the lives of five neighbours who move into the street in the autumn of 2005, each brought to south west London for a new start. Catherine Wells, recently widowed, Sam Gough and his invalid wife, Lydia, and Violet Lawrence find themselves drawn together by Frances Chater into preparations for a centenary street party. The indomitable organiser, she compels them onto a committee and thus they begin to forge cautious friendships.
What they share with each other of their past lives, however, is limited. Both Catherine and Sam feel guilt for actions that haunt them whilst Frances has created a lie of a life, a substitute identity, in order to help her navigate the breakdown of her marriage. Only Violet, youthful and unfettered, is free of self-recrimination and duplicity. Meanwhile, in Brighton, Andrew Chater, Frances estranged husband, negotiates his new life in Pilgrim Square with his lover, Charlotte Prideaux, unaware that Frances is intent on destroying this relationship and regaining her place as his wife.

My thanks to Anne at Random Things Tours for the invitation to take part in the blogtour. Miller Street SW22 is published by Matador and available now in all paperback and ebook formats. You’ll find buying options on the publishers’ website here: Miller Street SW22

Eventually, he had found his way to the underground, staying awake until Baker Street where he faltered up the escalator, pushed a shilling into a vending machine, rapidly eating a bar of nut chocolate that made him feel faintly nauseous. He knew there would be a plate of stew or shepherd’s pie waiting for him in a cooling oven, gravy staining dry into the willow pattern plate, a dish of custard and crumble or tinned fruit his mother would have left on the side. On the next train, he fell asleep, succumbing to the effects of the alcohol before Finchley Road so that the suburban stations slipped unwittingly past, their platforms mostly deserted so late on a Thursday night.