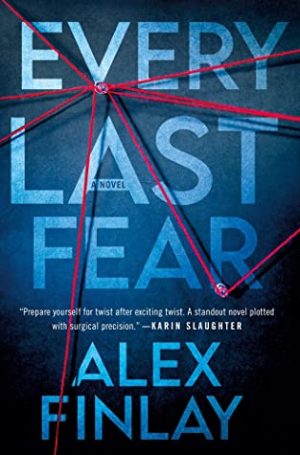 “Yeah,” Evan said, “you’ve seen it, right?” “I’ve seen it, yes.”
She kept saying his name. A trick of the trade, he presumed. He imagined a much younger Dr. Silverstein diligently taking notes in her psychology class. Repeat the patient’s name often to show you’re listening.

EXTRACT
By her expression, Evan could tell she didn’t believe him. Like he said, she was a good therapist.
Evan continued. “Tommy, well, he’s just too young to understand.

ABOUT THE AUTHOR
Dr. Silverstein seemed to see right through his forced reasonableness. But she’d prodded enough for now.
It used to make him angry. Enraged. But now he was jealous— jealous that his wife didn’t spend every waking moment feeling like she’d been thrown into Lake Michigan with cinder blocks anchored to her limbs. Evan had once read about dry drowning, a person slowly dying hours or even days after leaving the water. That’s how he’d felt for the past seven years, oxygen slowly being stolen from his damaged insides. “I understand. We all had to find ways to deal with it.”