I’ve come to appreciate the skill and beauty of a short story over the last few years. There is something special about being able to create a full and complete story in a few words, one which leaves the reader fulfilled and wanting only to read more because the characters were so compelling, and not because the story feels incomplete. 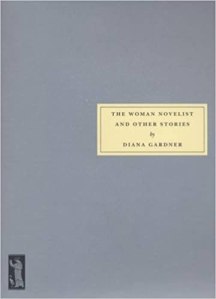 Publication date – 22 March 2006
Published by Persephone Books
These stories are snapshots into the lives of various women. Some of those are fleeting, only a few pages. Others feel like the reader has been immersed in the character. The Land Girl, the short story that started Gardner on her path, is a brilliant insight into a complex character, one that is anything but the ordinary woman of the 1940s, usually portrayed on paper.
Source – own copy
A selection of Diana Gardner’s 1940s short stories. The fifteen stories are very different from one another, but they share a characteristically sharp, sardonic quality.
Each story is an observant look at the role women played in society, their expectations and the requirements they were assumed to want and need obviously not always coinciding. In The Woman Novelist, the central character has taken on the role of breadwinner, as her husband trains for a new career. With children and mothers to look after she casts aside worries about her husband to focus on the one thing that saves her, writing.
Stories cover a gamut of emotions and ideas, from childhood memories carried and mutated in adulthood, to forbidden love in a time of heightened danger to first love.  There are hints of malice, of contentment, hints of secrets about to be exposed or kept for a lifetime. These stories are character studies, showing that women were not just home makers. That they can do untold damage, hold untold secrets and be made and shaped by the past or their future. Diana Gardner herself was a mould-breaker, writing characters that readers did not expect to see in the 1940s.
A fascinating, enjoyable set of stories that I will no doubt dip into again in the future.