It is the summer of 1966 and eighteen-year-old Cara accepts a job in Florence to get away from a difficult situation at home. By the autumn she has settled into her new life in the university quarter and her future looks bright. But during a significant night for her and her Italian lover, the river Arno bursts its banks, creating devastation and despair. Cara’s mother Mary, left behind in Clerkenwell, can only watch and worry from afar. Drawing on an intimate knowledge of the city she grew up in, Vanessa Nicolson has crafted a captivating story of women’s lives across three generations, tracing how the truths withheld in families can ripple through time, as a mother and daughter, twenty years apart, come unwittingly close to replicating each other’s destiny. And what happens when, fifty years later, Cara’s own daughter, Laura, starts unpicking the threads in a web of lies.
The author is familiar with both London and Florence, which you can tell from her wonderful descriptions of both cities. Post-war London is still recovering from the devastation of the Second World War with money tight and families still coping with food and clothes rationing. The strong sense of community particularly among the close-knit Italian community comes across very well. I hadn’t heard about the flood of 1966 in Florence but the author includes plenty of historical detail to explain what happened and its aftermath. Again, the sense of community is strong as the residents of Florence come together to help each other. The ‘Angels of Mud’ were volunteers, often from other countries, who worked to salvage and restore numerous artworks and books which had been so badly damaged by the flood. When I was looked up more information about the flood, I was pleasantly surprised to discover that Edinburgh, where I live and which is twinned with Florence, sent double decker buses to the city to temporarily replace the city buses which had been lost in the flood. When they returned to Edinburgh, they all had a little plaque on them stating the gratitude of the Florentine people.
Putting that aside, I would definitely recommend this book to anyone who enjoys historical fiction or romantic fiction as both elements are written about so well in the book. I thoroughly enjoyed reading about the lives of mother and daughter in different times and in different cities but whose lives followed quite similar patterns. I thought Angels of Mud was a beautifully written book with the two love stories told in a moving and compelling way.
A recent interview with the author can be found here https://monocle.com/radio/shows/meet-the-writers/108/
Angels of Mud takes place in 1940s London and 1960s Florence. Vanessa Nicolson tells the love stories of Mary, who is in what for her is a loveless marriage and then her daughter Cara who takes up a position in Florence to escape what she sees as a failed romance. Mary has rather rushed into marriage and the phrase ‘marry in haste, repent at leisure’ seems very appropriate for her situation. Her husband is rather dull and she really doesn’t love him. Where she lives in post-war Clerkenwell there is a large Italian community and one of those Italians provides a spark of joy in her humdrum life. When Cara goes to work in Florence, she too has a chance of romance with a local man but the devastating flood of 1966 has serious consequences for both of them. Playing a lesser role in the story is Cara’s daughter Laura who documents her family’s experiences.
Vanessa Nicolson is the granddaughter of Vita Sackville-West and Harold Nicolson. Her first memoir, Have You Been Good?, was published by Granta in 2015. Her second memoir, The Truth Game, was published by Quartet in 2017. She grew up in London and Florence and has worked as an art historian and journalist. She lives in Sissinghurst, Kent.
Told with an acute sense of place and much historical detail, the story pivots around the catastrophic flood which attracted many hundreds of international volunteers – dubbed ‘Mud Angels’ by local journalists. They became symbols of humanity’s determination to help those afflicted by disaster and to value the reparative power of art. This tale, with its twists of thwarted love and concealed sexuality, offers fresh insight into the daily lives of Fiorentini at a key time in the history of the city, while also providing, by contrast, a vivid picture of women’s lives among the Italian community in London’s grimy, post-war Clerkenwell.
Thanks to Grace at Grace Pilkington Publicity for inviting me to take part in the blogtour and providing a review copy of the book. Angels of Mud is published by Harbour Books and available now in paperback.
About the Author

From the back of the book
With apologies to the designer, I have to say that I don’t think the cover reflects the story very well. As you can see, it shows what I assume is a mother and daughter in the aftermath of some devastation whether that’s in London or Florence. I think it paints quite a bleak portrait and that a different cover would appeal to and attract more readers to the book. Even though the book does of course reference the flood and its aftermath, to me the emphasis is more on the love stories of both women. 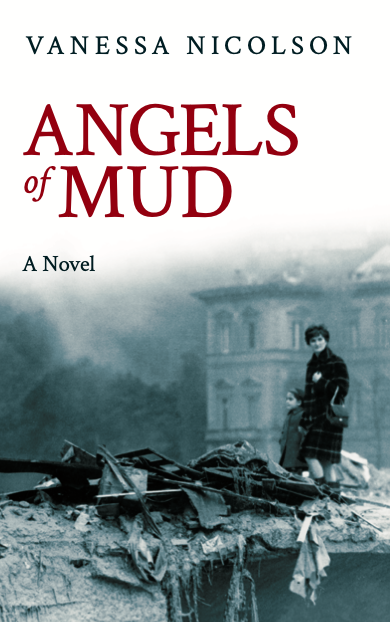 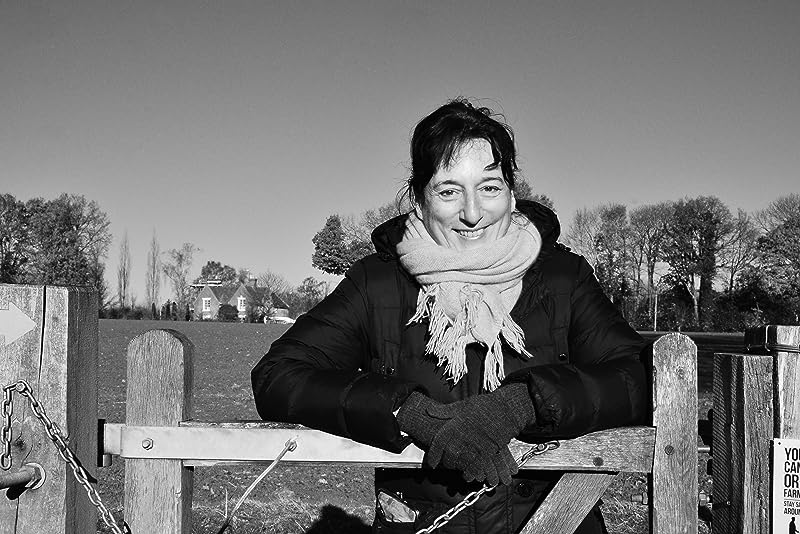