The two race to an uncertain finishing line battling deceit, perversion and violence.
Are they too late?
Are they in over their heads?
Will Ibiza get over the bloodshed?When The Night Is Dark is a gritty, hard-boiled crime mystery which readers of Dennis Lehane, Walter Mosley and Robert B. Parker should enjoy.
There are some quite violent parts in the book, but I was expecting this when I read the blurb. Perhaps not a book for the faint hearted but I like a good crime thriller with a bit of violence! It is not all violence, the relationship between Jason and Will is a part of the book that enjoyed. Will is willing to give everything he has to find and protect his friends daughter. They have that manly man’s friendship and this was fun to read. I didn’t guess what had happened to Hannah until they found out, and when they did find out the plot picks up speed and the race is on. This is a fast paced, gritty thriller which I recommend to those who like a dark plot with great characters.Thank you very much to Author Cameron Bell for my copy of When The Night Is Dark. I was intrigued at first by his book as it started off in a town very close to where I was brought up. ( Port Talbot in Wales).Then the blurb continues with a great sounding plot based in Ibiza.My Thoughts:When The Night Is Dark is a dark, gritty crime thriller. I was intrigued to read this as it began in Port Talbot which is an area I know and continues in Ibiza. When Hannah goes missing, her Dad and his friend go out to look for her in Ibiza. You know when you get a former cop and a former military guy together on the hunt for bad guys you will get some grit and blood in a plot.  When the Night is Dark certainly delivered on that point. We meet lots of bad guys as the plot to find Hannah plays out. Jason ( Hannah’s father) and his friend Will take us along with them to The Highlander, the Scottish bar in Ibiza and various other places which if you have been to Ibiza you may well know. I liked that the places were real and you could picture where you were throughout the book. 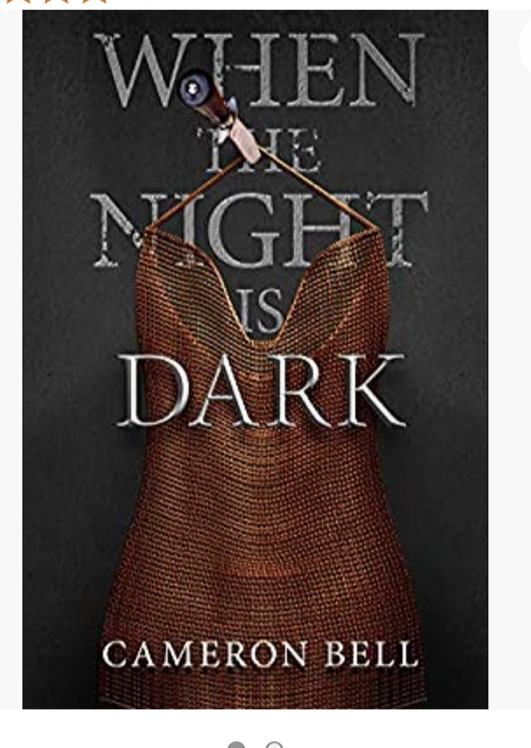 Ibiza – The White Isle, a party capital of the world. On a big night out beautiful 19-year-old Hannah Morgan vanishes. It is unexpected, out of character and no one seems to know anything.
Amazon.comHer father, a former British Paratrooper Jason Morgan is flying over to find her, and seeks the help of his estranged friend Will Cutter.
After 25 years on the Force the tenacious, no-nonsense Sergeant has left, and is working for himself as a Private Investigator.
Cutter agrees to ride shotgun and watch out for his old friend, and anyone stupid enough to stand in his way.
Together they uncover the dark side of the party where someone’s pleasure is another’s pain. The clock is ticking. The longer Hannah is missing, the sooner she is dead, or gone.