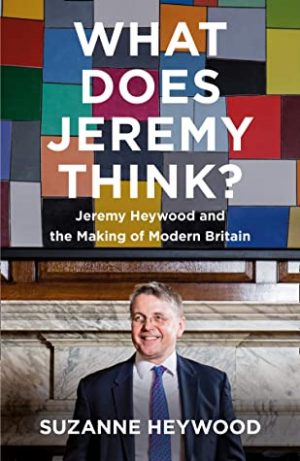 WHAT DOES ROBERT THINK?
The final outcome of Brexit, and the pandemic have been a real challenge for this country and will be for the foreseeable future. As to what “Jeremy would have thought”, you might just need to read the book and reach your own conclusions.
You are left in no doubt that Jeremy was incredibly proud to have led the civil service – he sought change not least through inclusion, and diversity. Quite telling comments on his impact and legacy came at the memorial service where four former prime ministers – Tony Blair, Gordon Brown, David Cameron and Teressa May spoke together with Nick Clegg and former cabinet secretary Lord O’Donnell. They were unified in that Jeremy was not a “Sir Humphrey” figure from the 1980s BBC Comedy “Yes Minister”,  but hardworking with a brilliant intellect and interpersonal skills driven by genuine sense of duty and service.
In a time of political uncertainty, this extraordinary book offers an unforgettable and unprecedented insight into political decision-making, crisis management and the extraordinary role of the civil service. It is also a moving celebration of Heywood’s life in the beating heart of UK politics, and a man who for so long was the most powerful non-famous name in Britain.Publisher: William Collins
Available in ebook, audio, hardback (4 February 2021) | paperback (3 February 2022)
560 pages
Source: Copy for review from publisher
_________________________________________________ABOUT THE AUTHOR
I’d like to thank Matt of Harper Collins for sending a copy of this. I have a review of What Does Jeremy Think from my partner who takes a keen interest in politics and particularly enjoys non-fiction especially if it involves radio or music. He also bought the audio book and alternated between the two formats.
Author Links:
Amazon UK | Audible
Over the years politicians often write autobiographies which give you political insight into their time in office. The Whitehall perspective is invariably missing; whilst politicians come and go the civil service is the invisible constant. This book methodically chronicles how Jeremy Heywood worked his way up to become the head of the civil service and cabinet secretary. He undertook the cabinet secretary role until he retired due to ill health shortly before his premature death. The book was largely written by Jeremy’s wife Suzanne drawn from notes and many interviews following his death.
ABOUT THE BOOK

Suzanne Heywood is Managing Director, Exor Group, and sits on the boards of a number of companies, including The Economist Group and CNH Industrial and is Deputy Chair of the Royal Opera House. She started her career in the UK Treasury and then worked at McKinsey & Company, where for several years she led global Organization Design in the firm’s Organization practice.
To get the best you may need some political knowledge over the last 30+ years. It is broken down into time segments with a helpful index so you can easily navigate to certain events. Quite correctly, you do not always get the fine detail of how decisions are arrived at. However you understand the ultimate decision making process is made by Ministers. Working as a senior civil servant requires many skills. Putting aside intellect, networking, negotiating, he was particularly adept at offering well-crafted verbal and written advice. Ken Clarke said in a note “I don’t know if you and I are completely agreed; if you have set out my views more clearly than I could do so myself; or if you have subtly influenced my views so that they have changed without my realising it and now coincide with your own”.  Read carefully, and you also uncover some “nuggets”. Ed Balls was apparently in line to be Chancellor during a cabinet re shuffle; one assumes not “gangnam style”. The book includes the financial banking crisis, referendum for Scotland’s independence, leaving the EU and supporting the Conservative/Lib-Dem coalition Government. The civil service has to remain impartial, and this was truly tested when supporting a government with ministers split on leaving or remaining in the EU. There is also a good insight into juggling his demanding role with his personal life. Cutting holidays short and contactable 24/7 is certainly not a 9 – 5 job but I sense he enjoyed this.
Jeremy worked up until his death, retiring just a few days before he died from lung cancer in October 2018. This book began as a joint effort between Jeremy and his wife Suzanne – working together in the last months of his life. Suzanne completed the work after his death.
He directly served four Prime Ministers in various roles including as the first and only Permanent Secretary of 10 Downing Street, the Cabinet Secretary and the Head of the Home Civil Service. He was at the centre of every crisis from the early 1990s until 2018 and most of the key meetings. Invariably, when faced with a new policy initiative a Prime Minister’s first response would be: ‘but what does Jeremy think?’As a young civil servant, Jeremy Heywood’s insightful questioning of the status quo pushed him to the centre of political power in this country for more than 25 years.