Out in paperback are Because of You by Dawn French, The Inner Darkness by Jørn Lier Horst, The Consequences of Love by Gavanndra Hodge, All Adults Here by Emma Straub, Unknown Male by Nicolás Obregón,  The Shadow Friend by Alex North and Wrath of Poseidon by Clive Cussler and Robin Burcell.
February
March sees a bumper crop of new books.  First up is The Absolute Book by Elizabeth Knox in which Taryn Cornick believes her sister Bea was deliberately run down, and killed. She believes it so hard she allows a man
called the Muleskinner to exact the justice Bea was denied. An eye for an eye. The police have their sights on Taryn. And so do others. Others in a faraway place who know what Taryn’s family have been carefully hiding. The Absolute Book. They want it – and they want Taryn to help find it. The lives of those in more than one world depend upon it . . .
Out in paperback in June are Tomorrow Will Be a Good Day by Captain Tom Moore, Eight Detectives by Alex Pavesi (you can read my review here),  Out of Time by David Klass, Anxious People by Fredrik Backman, Afterland by Lauren Beukes and Behind Closed Doors by Catherine Alliott.
Also out this month are Suspects by Lesley Pearse and In Harm’s Way by Anthony Mosawi.
Also published are The Aftergrief: Finding Your Way Along the Long Arc of Loss by Hope Edelman, Why Women Are Poorer Than Men and What We Can Do about It by Annabelle Williams, Fast Ice by Clive Cussler and Graham Brown, The Walking People by Mary Beth Keane, Behind Closed Doors by Catherine Alliott and A History of What Comes Next by Sylvain Neuvel.
Happy reading.
In This Nowhere Place by Natasha Bell one grey afternoon, high on the cliffs of Dover, two girls agree to help a lost stranger. Within months, two of the three girls are dead. In the years that follow, local legend grows around the events of that summer – and – with the one survivor refusing to speak, it seems the truth will never emerge. Until a documentary-maker arrives, determined to solve the mystery of the Dover Girls. But some will stop at nothing to keep this town’s secrets. . .
So there we go. Something that should appeal to everyone and see us through this lockdown and out the other side.
Finally onto June which sees the publication of 12 Birds to Save Your Life: Nature’s Lessons on Happiness by  Charlie Corbett. Drawing on his own experience of struggling with grief, depression and suicidal thoughts, Charlie Corbett writes about how his simple decision to attempt to reconnect with the natural world was a huge comfort to him. When Charlie first started to learn about songbirds – from solitary skylarks to squabbling sparrows – he realized that these characterful creatures have much to teach us about life, happiness and acceptance.
We are well into 2021 and it looks like it is set to be a year where we once again seek solace in the written word. I’ve taken it upon myself to scour publishers catalogues (a hard job as you can imagine) and have a look to see what we can all look forward to. This time I’m focussing on the offerings from Penguin Michael Joseph. 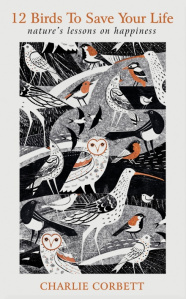 Also published are Worst Idea Ever by Jane Fallon, The Girl Who Died by Ragnar Jónasson, Missing Pieces by Tim Weaver, Don’t Let Him in by Howard Linskey and An Act of Love by Carol Drinkwater.
This month also sees the publication of Until Next Weekend by Rachel Marks. Noah’s perfect life has gone drastically wrong. He was married to his first love, happy with their two sons. Now living in a tiny flat, he only sees his boys every other weekend – and, when he picks them up, he has to tolerate his ex-wife’s infuriating new boyfriend. Determined to make amends, Noah sets out to win his family back. But if he’s to rebuild his life, he’ll need to start by fixing
himself.
In Scorpion by Christian Cantrell people have been murdered around the world. The victims fit no profile, the circumstances vary wildly, but one thing links them all: in every case the victim is branded with a number. CIA Analyst Quinn Mitchell is called in to investigate. She is prepared to catch this ice-hearted assassin with limitless resources. What she isn’t prepared for is the person pulling the strings…
The Metal Heart by Caroline Lea is set in  Orkney, 1940. A prisoner-of-war camp is constructed to house five hundred Italian soldiers. Upon arrival, a freezing Orkney winter and divided community greets them. Orphaned sisters Dorothy and Constance volunteer to nurse the men. Dot is immediately drawn to prisoner Cesare. The soldiers spend their days building a secret barricade between the islands. By night, however, they construct a reminder of their native land – an exquisite chapel. As tensions between the islanders and outsiders grow, the sisters’ loyalty is tested. Will Dot choose love, or family? 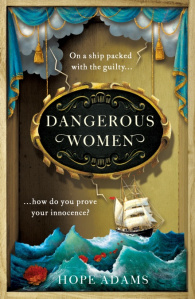 Also out in paperback are Grown Ups by Marian Keyes, Letters on Motherhood by Giovanna Fletcher, The Recovery of Rose Gold by Stephanie Wrobel, The Black Art of Killing by Matthew Hall and Arkhangel by James Brabazon.
Senbazuru: Small Steps and Gentle Wisdoms to Heal the Soul by Michael James Wong is  a meditative guide to folding Japanese paper cranes and to finding peace and contentment in the process. Michael James Wong shows how to fold a paper crane in twelve straightforward steps, with each crease an opportunity to slow down and gain new focus. Along the way he shares wisdom on everything from courage and resilience to gratitude and growth.
Out in paperback are Liar by Lesley Pearse and The Gates of Athens by Conn Iggulden.
In Another Life by Jodie Chapman Nick falls for Anna. When Anna’s strict religion threatens to divide them, she must
choose between love and family. But Nick is too scared to fight for Anna, and Anna walks away. Years later  Anna is drawn back into Nick’s life. Will Nick find the courage to ask her to stay, or lose her forever?
In The Book About Getting Older, Dr Lucy Pollock looks at how humans are living longer and how to make our lives as happy and healthy as possible.
Also out in paperback in January are Franci’s War by Franci Epstein, Mindfulness for Mums by Izzy Judd, The 28 Day Immunity Plan by Rosemary Conley, The Confidence Solution by Chloe Brotheridge and The Eve Illusion by Giovanna and Tom Fletcher.
June 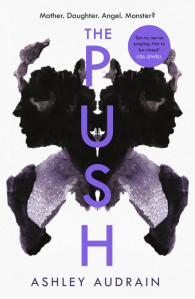 Also out is Lie Beside Me by Gytha Lodge. Louise wakes up. Her head aches, her mouth is dry, her memory is fuzzy. But she suspects she’s done something bad. The man next to her is not her husband. In fact, she’s never seen this man before. And he’s not breathing . . . It’s clear to Detective Jonah Sheens and his team that she is their prime suspect – though they soon find she’s not the only one with something to hide. Did she do it? And, if not, can they catch the real killer before they strike again?
Also out is Peter 2.0: The Human Cyborg by Peter Scott-Morgan. Peter has Motor Neurone Disease, a condition universally considered by doctors to be terminal.  But, face to face with death, he decides there is another way. Using his background in science and technology, he navigates a new path, one that will enable him not just to survive, but to
thrive. This the true story  about Dr Peter Scott-Morgan who will become the first person to combine his very humanity with artificial intelligence and robotics to become a full cyborg. His discovery means that his terminal diagnosis is negotiable, something that will rewrite the future. And change the world. 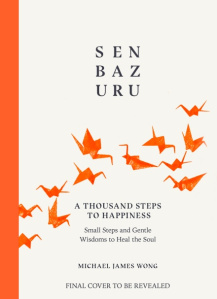 January
March
First up in May is 34 Patients by Dr Tom Templeton which is a memoir of a doctor who dares to look closer at a crowded waiting room, and value each soul and story he encounters. Through stories of the patients he has helped, lost, and those who have changed him forever. 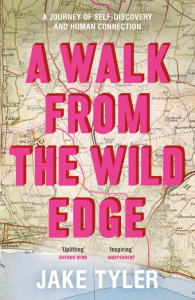 May
Also out is Dangerous Women by Hope Adams. Inspired by a true story the reader is taken to London, 1841. Two hundred Englishwomen file aboard the Rajah, the ship that will take them on a three-month voyage to the other side
of the world. They’re daughters, sisters, mothers – and convicts. Transported for petty crimes. Except one of their number is a secret killer, fleeing justice. When a woman is mortally wounded, the hunt is on for the culprit. But who would attack one of their own, and why?
The final book of January is The Burning Girls by C J Tudor. In the village of Chapel Croft, 500 years ago: eight martyrs were burnt to death. 30 years ago: two teenagers vanished without trace. Two months ago: the vicar committed suicide. New vicar Jack Brooks and daughter Flo find themselves in a close knit community. Why is Flo plagued by visions of burning girls? Who’s sending them sinister, threatening messages? And why did no one mention that the last vicar killed himself?
Also out is Prodigal Son by Gregg Hurwitz in which Evan Smoak was pulled out of a foster home and trained in an off-the-books operation known as the Orphan Program. He was a government assassin, perhaps the best, known to a few insiders as Orphan X. He eventually broke with the Program and adopted a new name – the Nowhere Man – and a new mission, helping the most desperate in their times of trouble. Evan gets a call for help from a woman claiming to be his mother. She wants him to find someone, but so do other assassins.
Latitude: The True Story of the World’s First Scientific Expedition by Nick Crane tells the true story of the first ever international scientific expedition to accurately discover the shape of the earth.
Published in paperback are Sh**ged. Married. Annoyed. by Chris and Rosie Ramsey, Can you make this thing go faster by Jeremy Clarkson, The Wild Silence by Raynor Winn, We Are All The Same in the Dark by Julia Heaberlin and The Truth Must Dazzle Gradually by Helen Cullen.
April
January sees the arrival of The Push  by Ashley Audrain in which a new mother questions why she feels wrong around her baby. Is there something wrong with the baby or is the problem with her?
Also out are SAS: Sea King Down by Mark ‘Splash’ Aston and Stuart Tootal, Protector by Conn Iggulden, The Saboteurs by Clive Cussler and Jack du Brul, When They Find Her by Lia Middleton, You Need to Know by Nicola Moriarty and Island Reich by Jack Grimwood.
Onto February and Unfinished by  Priyanka Chopra Jones is published. In it, Chopra Jones talks about her childhood in India and teenage years in the US before eventually becoming Miss World and an actress. 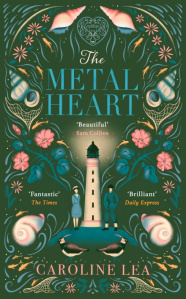 In A Walk from the Wild Edge, Jake Tyler gives his account of walking 3,000 miles around the UK to combat his
depression. Jake shares the ways in which his mission was enhanced by the kindness of strangers who took him in for the night, or let him talk when the darkness engulfed him.