1910Bett keeps order in this unruly part of the East End – and takes Ruth under her wing alongside orphanage escapee Robbie. But it is Rebekah, a kindly woman, who offers Ruth and Robbie a home – something neither have ever known. Yet even these two stalwart women cannot protect them when the police learn of an orphan on the run. It is then that Ruth must do everything in her power to hide.Ruth wondered if Doris really did this and wished that she could. Most nights she lay awake, waiting for the door to open, wondering if the heavy footsteps would stop at her bed and feeling relief if they didn’t but at the same time, sorry for the chosen girl.Not daring to move, Ruth clung to the one sheet that covered her and watched the light become a thinner strip and then disappear as the door closed behind Belton.Gwen the grump! It was easy for Gwen to say such a thing. Pimply, snotty-nosed, with hair that hung like greasy string and a huge nose that dominated her face, she didn’t know what it was like to be chosen.‘Shurrup, can’t yer? How can anyone sleep while you’re making that racket?’
As the door opened, light splashed over her bed seeming to carry with it the voice of the man all the girls hated and feared. ‘Shut yer noise up, girl. I ain’t hurt yer.’ After many jobs from cleaning to catering, all chosen to fit in with bringing up her family, and boost the family money-pot, Mary ended her 9 – 5 working days as a Probation Service Officer, a job that showed her another side to life, and which influences her writing, bringing a realism and grittiness to her novels
Her mind had screamed memories she didn’t want to think about. Memories of herself being ‘the chosen one’.
But when Ruth breaks free from the shackles of confinement and sets out into East London, hoping to make a new life for herself, she finds that, for a girl with nowhere to turn, life can be just as tough on the outside.
There had been no peace for her in the relief of not being taken tonight as she’d lain awake praying for the girl whilst trying hard not to think about what was happening to her.
Shivers trembled twelve-year-old Ruth’s body at the sound of footsteps approaching the dormitory.
Left on the doorstep of a priest’s house when a newborn, Ruth imagined her mum had been poor and lonely to have done such a thing, as that way she could excuse her and love her. Loving a mum – even one she didn’t know – gave her comfort.
My thanks to Anne Cater of Random Things Tours for the place on the tour and the publisher for the extract. Mary Wood previously featured on the blog with an author Q&A for her book Brighter Days Ahead and its a pleasure to feature her latest release, The Orphanage Girls. 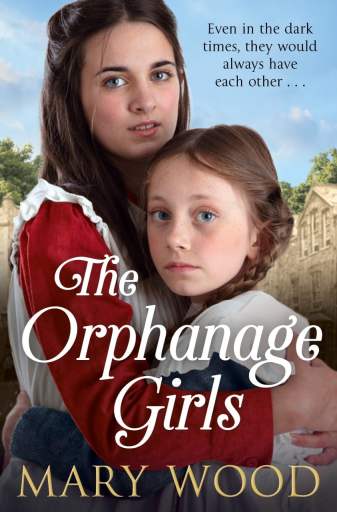 ABOUT THE AUTHOR
The darkness left little specks dancing in her eyes. She blinked, trying to adjust, wanting to go to the girl to tell her she had a mate, but a harsh voice stopped her in her tracks.
Mary first put pen to paper, in 1989, but it wasn’t until 2010 that she finally found some success by self-publishing on kindle. Being spotted by an editor at Pan Macmillan in 2013, finally saw Mary reach her publishing dream.
Mary married young and now, after 54 years of happy marriage, four children, 12 grandchildren and many great-grandchildren, Mary and her husband live in Blackpool, United Kingdom during the summer and Spain during the winter – a place that Mary calls, ‘her writing retreat’.
Her life – and those of the friends she left behind at the orphanage – depend on it.

A tear seeped out of her eye and as always, she wished she had a mum to love her and take care of her. 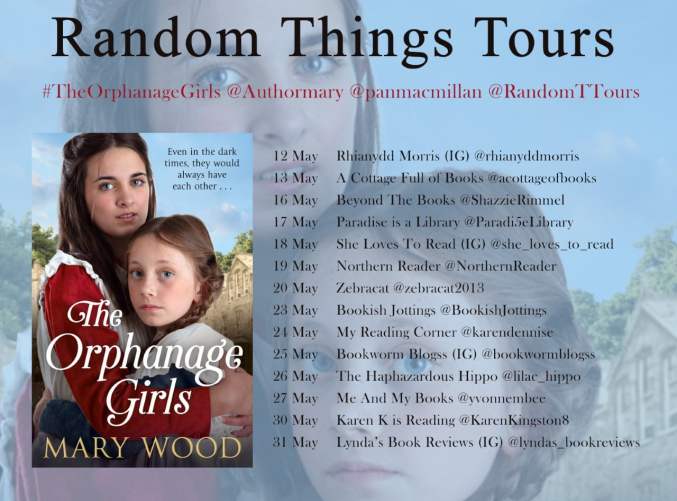 When not writing, Mary enjoys family time, reading, eating out, and gardening. One of her favourite pastimes is interacting with her readers on her Facebook page. www.facebook.com/HistoricalNovels

The Orphanage Girls is a gritty and moving saga about an orphanage in London’s East End, from the bestselling author of The Jam Factory Girls, Mary Wood.

Follow the author:
Another – kinder – voice called out, ‘Leave her alone, Gwen . . . But hey, luv, crying won’t do yer no good. Yer have to learn to accept it, snuggle down in yer bed when it’s over and get some sleep. That’s what I do.’
EXTRACT
Born in Maidstone, Kent, in 1945, the thirteenth child of fifteen children, Mary’s family settled in Leicestershire after the war ended.
Website | Twitter | Facebook | Instagram | Goodreads | Amazon UK
This compounded the misery that had clothed Ruth since the girl had been taken away earlier.
But now, the heart-wrenching sobs she could hear denied her attempts to continue to shut it all out as vivid images of Belton, the night warden of Carlton Orphanage in Bethnal Green, came to her. His smarmy face, blackened teeth and how his sour breath mingled with the stench of stale tobacco, strong body odour and unwashed hair. But worse than this was thinking about the feel of his hands touching her and hearing his heavy sighs.