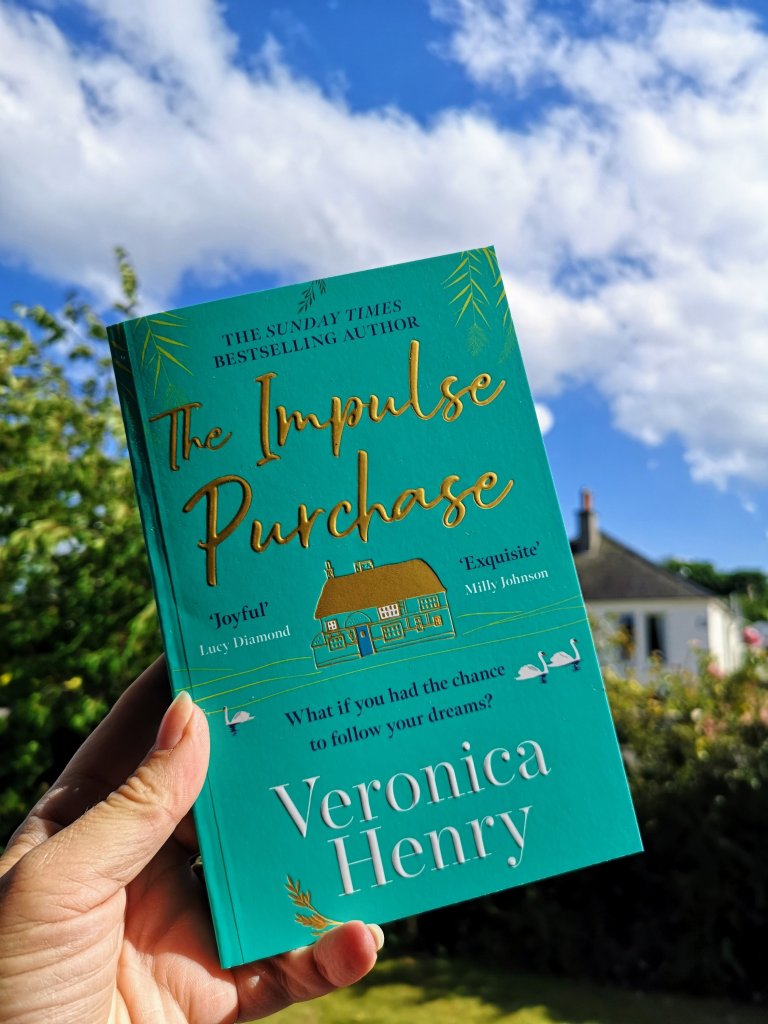 What I particularly liked about the book was that it featured three different generations of women from the same family, four if you include young Gertie. They all had their own worries and challenges, their own strengths and interests. This was such a strong family unit with creative Cherry at its head, still ready for new adventures even approaching 70. Her daughter Maggie was widowed young and is still coming to terms with the loss of her husband and finding purpose in life. Maggie’s daughter Rose is young, single mum to Gertie and has anxiety issues which is not surprising with the sudden loss of her father.
Sometimes you have to let your heart rule your head . . .
Before long, the locals are delighted to find the beating heart of the village is back, bringing all kinds of surprises through the door.
As well as the the three main characters there were other notable characters. There was teenage Chloe, keeping her family together and really having far too much responsibility for her younger siblings when her mother was unable to look after them. Nicole her mum, feels like a failure and although at first I was annoyed with her for letting Chloe take the strain, I began to feel sympathy for her as I found out why she was they way she was. Amanda was a tv producer and unrecognisable from the young girl who used to hang around the stables. She really showed how being given opportunities can help someone overcome adversity and transform a life. I could really do with The Fabulous Builder Brothers round my house. I’ve got quite a few jobs needing done! These and other characters such as Winnie, Mike, Russell and Alan were all so well drawn and all played significant parts within the book.
Renovating the pub brought them even closer together. Each woman brought their own particular skills and visions to the project. Everyone had their part to play. They really had taken on a really huge task. Just reading about the state of the kitchen turned my stomach!
Young Chloe really sums up the heart of this book, and I couldn’t put it better, when she thinks of Cherry, Maggie and Rose as: “Strong capable women, trying to realise their dream, working together, supporting each other, bouncing off each other.” I love a book featuring strong women and I loved every page of The Impulse Purchase.
About the Author
Find out more at http://www.veronicahenry.co.uk or follow her on Twitter @veronica_henry
The Impulse Purchase showed you can make a new start at any age. Opportunities present themselves sometimes at the most unexpected times and in the most unexpected ways. I loved the characters, their stories and relationships and felt invested in them as people. I would love to pop into The Three Swans and have a chat over a glass of wine with these characters I feel I have come to know so well.
About the book
Veronica Henry has worked as a scriptwriter for THE ARCHERS, HEARTBEAT and HOLBY CITY amongst many others, before turning to fiction. She won the 2014 RNA NOVEL OF THE YEAR AWARD for A NIGHT ON THE ORIENT EXPRESS. Veronica lives with her family by the sea in north Devon.
Could Cherry’s impulse purchase change all their lives – and bring everyone the happiness they’re searching for?
The Impulse Project is published by Orion and available now from all usual book retailers. I bought a copy on Kindle but I am also grateful to Anne Cater at Random Things Tours
and the publishers for sending a physical copy.
Cherry, Maggie and Rose are mother, daughter and granddaughter, each with their own hopes, dreams and even sorrows. They have always been close, so when, in a moment of impulse, Cherry buys a gorgeous but rundown pub in the village she grew up in, it soon becomes a family affair.
When Cherry buys the rundown Swan pub in her home village of Rushbrook on a whim, many people think she’s been rash. However she says, “I’ve always loved an impulse purchase… because you make them with your heart and not your head. And I think this is my best one yet.” This impulsive move certainly changed the lives of her family in many ways.
All three women uproot themselves and move to Rushbrook, deep in the heart of Somerset, to take over The Swan and restore it to its former glory. Cherry is at the helm, Maggie is in charge of the kitchen, and Rose tends the picturesque garden that leads down to the river.

My Thoughts
This book was a bit of an impulse purchase of my own after seeing so many glowing reviews of the book. I was quite surprised to discover that I hadn’t read anything by Veronica Henry before, apart from her short story The Apple Orchard. If The Impulse Purchase is anything to go by, I’ve certainly been missing out and it won’t be the last of hers I’ll read. 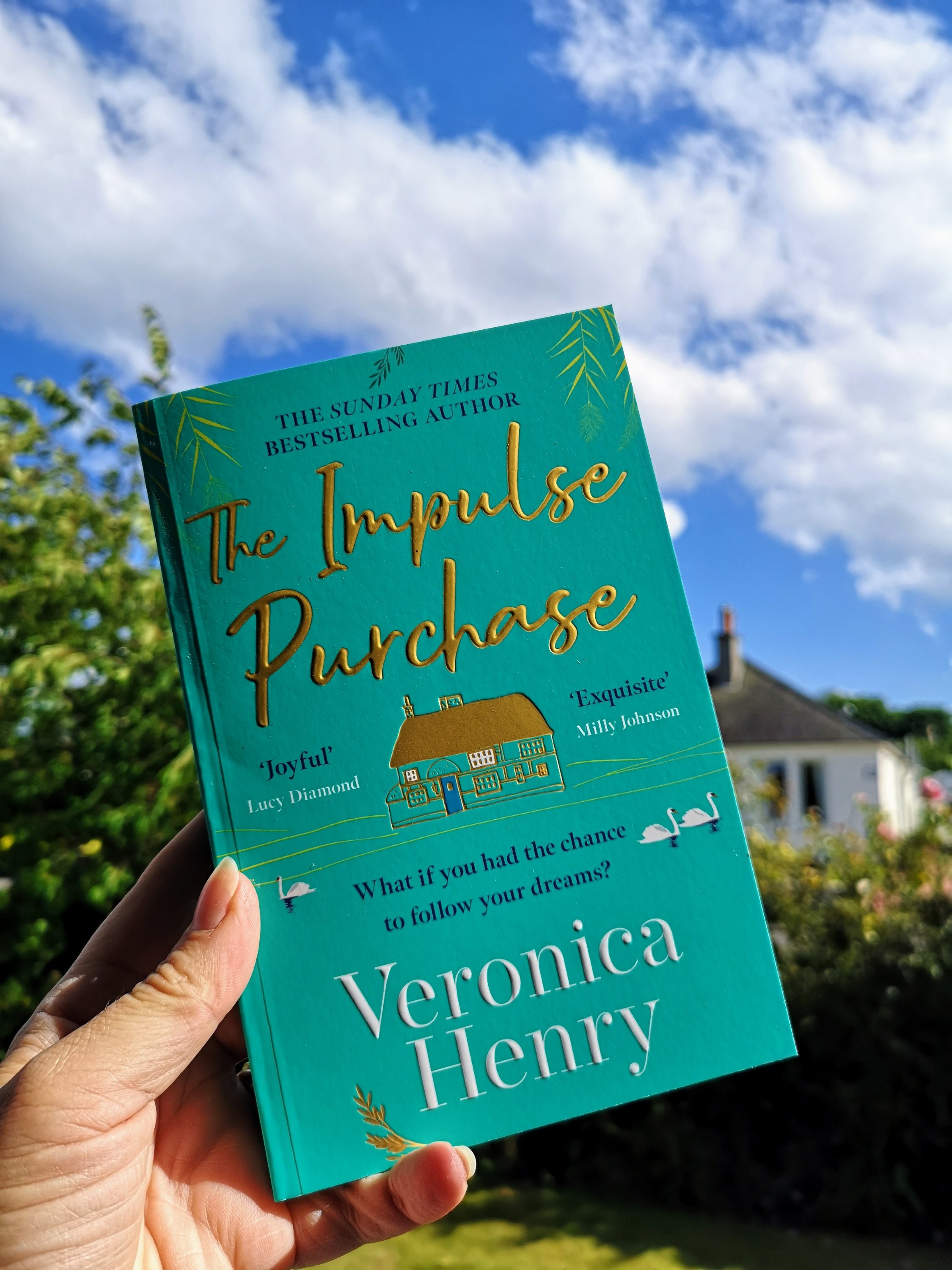