Follow the Author:
My thanks to Anne Cater of Random Things Tours for the blog tour invitation and for providing the pdf to review. Despite having bought The Trouble with Goats and Sheep ages ago, it’s still unread on the book mountain so this is my first experience with Joanna Cannon’s writing. And all I can say is more fool me for not getting to her books sooner.
There is no doubt that Joanna Cannon has a wonderful way with words and character structure. Her depiction of Linda with her unique voice was superb and there were so many times when I found myself nodding along in agreement with Linda’s view of life or chuckling at her observations and asides. Lest you think this is just one woman’s monologue of a mundane life, the inclusion of the murder strand brings a darkness and sinister anticipation to the story, as do other characters that Linda becomes involved with.
Linda is the narrator of the story via a shifting timeline and as the central character, we see events from her perspective. Following a troubled childhood, when Linda and her mother left their old life in Wales, she has tried to reinvent herself. However her marriage to Terry is rather a disappointment and the recent house move on the same estate which she thought would bring a whole new way of life has not turned out that way. Its just the same life in a different house.
Website | Twitter | Instagram | Goodreads | Amazon UK
When Linda receives upmarket catalogues addressed to the previous occupant, Rebecca, she becomes obsessed by them. They offer a lifestyle that she can only dream of and in Linda’s delusional world, Rebecca becomes her best friend. So (she does what most people wouldn’t do), she decides to try and track her down.
Linda is one of those characters that you can’t help cringing at whilst feeling some empathy. She’s lonely and would love a friend or two but she’s rather socially awkward and frequently misreads signals and body language and imagines every new acquaintance as a best friend and at times you worry that she’s being taken advantage of. The reader can see what is happening when others edge away and pretend to be busy but Linda appears oblivious, bless her.
A NICE, NORMAL HOUSE
Linda has lived around here ever since she fled the dark events of her childhood in Wales. Now she sits in her kitchen, wondering if this is all there is – pushing the Hoover round and cooking fish fingers for tea is a far cry from the glamorous lifestyle she sees in the glossy catalogues coming through the door for the house’s previous occupant.
A NICE, NORMAL HUSBAND
Terry isn’t perfect – he picks his teeth, tracks dirt through the house and spends most of his time in front of the TV. But that seems fairly standard – until he starts keeping odd hours at work, at around the same time young women start to go missing in the neighbourhood.
A NICE, NORMAL LIFE…
If Linda could just track down Rebecca, who lived in the house before them, maybe some of that perfection would rub off on her. But the grass isn’t always greener: you can’t change who you really are, and there’s something nasty lurking behind the net curtains on Cavendish Avenue… 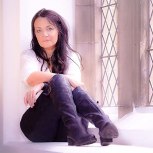 The story gets even more interesting when a body of a young woman is found nearby and it doesn’t end there. Locals have the jitters and the whole awful affair feels too close for comfort. 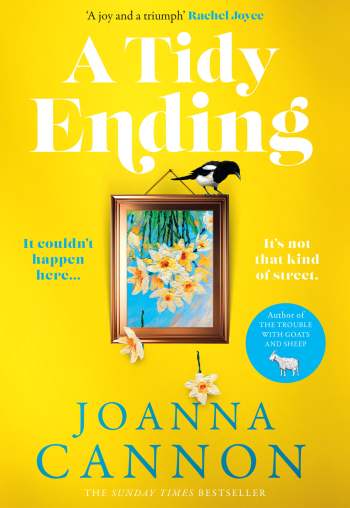 MY THOUGHTS
ABOUT THE AUTHOR