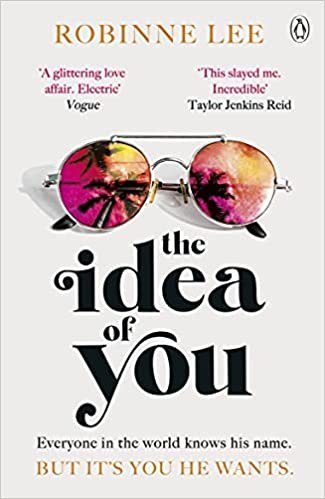 From the back of the book
About the Author
There are plenty of very passionate scenes in the book between the two, and in glamorous exotic places all over the world as Hayes tours with the band and art gallery Solene owner visits galleries and exhibitions. As their affair inevitably becomes public knowledge, the darker side of fame become apparent with the media desperate to get the inside story and Hayes’ young fans furious that he is with Solene. The nasty side of social media is very clear in the abuse Solene gets.
Until a chance meeting throws Hayes and Solène together . . .
A graduate of Yale University and Columbia Law School, Robinne was born and raised in Westchester County, New York. As the daughter of Jamaican parents of African, Chinese, and British descent, Robinne has long had an affinity for travel and the arts. Her past endeavors include working as an Editorial Assistant for ELLE Magazine, both in New York and Paris, writing celebrity profiles for the now defunct youth culture magazine, TELL, and running a music management company. Robinne has numerous acting credits in both television and film, has served as a producer on various independent films and regularly speaks on panels and writes for trade magazines regarding the roles of women and actors of color in the industry. She currently lives in Los Angeles with her husband and two children.
The Idea of You is a book that you will be seeing everywhere this summer, not least because it’s just been announced as one of Richard & Judy’s Summer Reads selection. With the Kindle version only 99p (it still is at the time of writing), I decided to see what all the fuss is about.
To his fans, he’s the boy of their dreams.
And to Solène Marchand, he’s the pretty face that’s plastered over her teenage daughter’s bedroom wall.
To the media, Hayes Campbell is the enigmatic front-man of a record-breaking boyband.
To his label, he’s gold-dust.
Now I find it hard to believe that any mother would have a relationship with a man whose pictures are above her daughter’s bed. However, setting that aside, Robinne Lee has written a book where you are convinced that the 20 year old Hayes (he just is Harry Styles though!) falls deeply in love with Solene, almost twice his age and certainly old enough to be his mother. It’s interesting that the age difference is that way round and it’s certainly something that bothers Solene. It was great though to see an ‘older woman’ enjoying such a fabulous time with this young attractive man who is besotted with her.
EVERYONE IN THE WORLD KNOWS HIS NAME . . .BUT IT’S YOU HE WANTS.
The attraction is instant. The chemistry is electric. The affair is Solène’s secret.

But can it really stay that way forever?
Remember when you used to have posters of popstars on your bedroom wall, imagined meeting them and them falling in love with you? Well, that’s sort of what happens in this book when Solene Marchand takes her daughter Isabelle to a meet and greet with massively successful boyband August Moon. Except it’s not Isabelle who Hayes Campbell falls for, it’s Solene. Awkward!

The Idea of You is most certainly an entertaining read and I flew through the pages, so I would say that it does live up to the publicity that it’s an addictive read. I’d really like there to be a sequel actually to find out what happens next. If you are looking for heat, glitz, glamour and escapism this summer, get yourself a copy of The Idea of You. 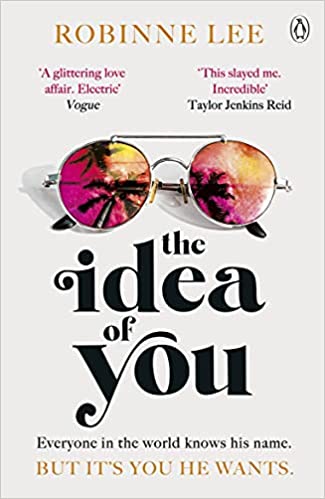