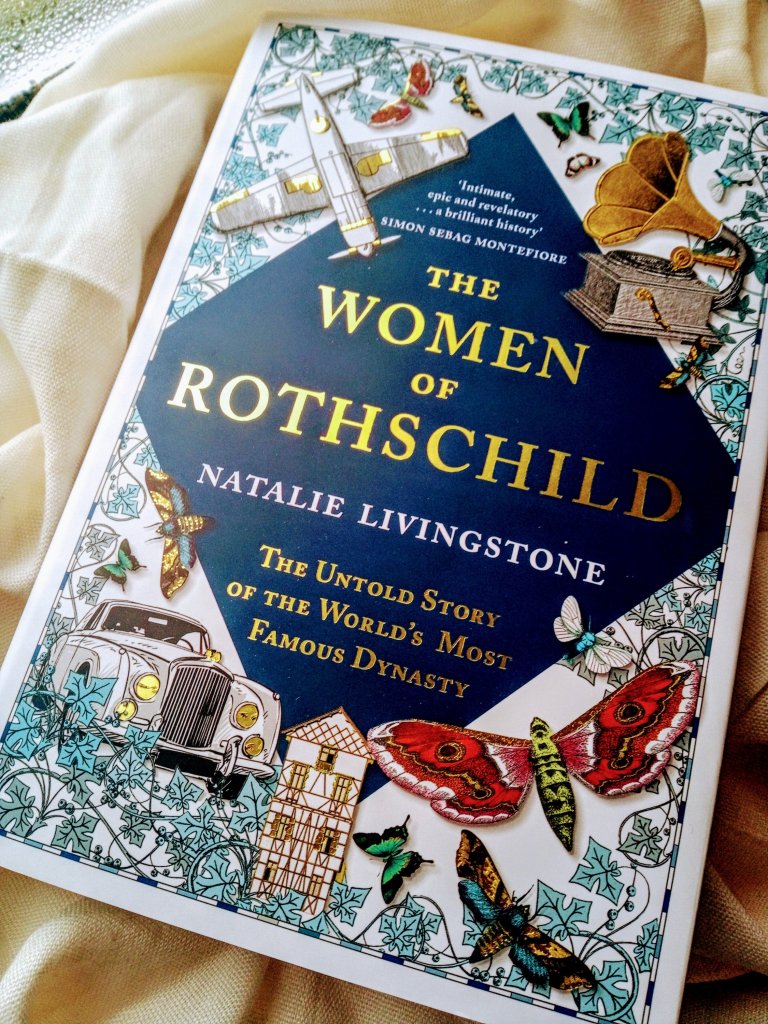 To mention those women above is just to touch on the memorable women of the Rothschild family. The book is impeccably and extensively researched and the author has brought together her findings in a compelling and very accessible way. It’s as much a social history as it is the history of the Rothschild women. The hardback is a physically beautiful book that would not be out of place on any coffee table. It’s a well written book revealing so much about this remarkable family and would be enjoyed by anyone with an interest of the role of women in history, albeit women from a extraordinarily privileged family.
As is often the case, history largely focusses on men with women getting an occasional mention as a wife, mother or daughter. Here Natalie Livingstone brings the women out from the shadows of their illustrious husbands and puts them at the forefront of her book. The women are so interesting and here are just a few of the stories which really caught my attention. I have to start of course with Gutle whose marriage to Mayer Amschel Rothschild in 1770 really begins the story. Their five sons founded the Rothschild dynasty but their daughters were never to inherit any of the family’s wealth directly. In the early 1800s, Hannah de Rothschild campaigned for Jewish liberty and emancipation. Her daughter, Hannah Mayer Rothschild, was proposed to by an Austrian prince, shocked the family by marrying outside the faith in 1839 and later suffered the tragic loss of a young son. That Hannah’s niece Constance (later Lady Battersea) was involved in campaigning for social reform and her 1922 memoir Reminiscences was very positively received, selling enough copies to earn Constance some royalties. I found Miriam Rothschild (b1908) particularly fascinating. She was a renowned zoologist and heavily involved in the environmental issues. Highly intelligent, she was recruited to work as a translator at Bletchley Park during the Second World War. I hope I have got the relationships correct – there were a lot of Rothschild women to keep up with!
The story of the family who rose from the Frankfurt ghetto to become synonymous with wealth and power has been much mythologized. Yet half the Rothschilds, the women, remain virtually unknown.
As Jews in a Christian society and women in a deeply patriarchal family, they were outsiders. Determined to challenge and subvert expectations, they supported each other, building on the legacies of their mothers and aunts. They became influential hostesses and talented diplomats, choreographing electoral campaigns, advising prime ministers, advocating for social reform and trading on the stock exchange. Misfits and conformists, conservatives and idealists, performers and introverts, they mixed with Rossini and Mendelssohn, Disraeli, Gladstone and Chaim Weizmann, amphetamine-dealers, temperance campaigners, Queen Victoria, and Albert Einstein. They broke code, played a pioneering role in the environmental movement, scandalised the world of women’s tennis by introducing the overarm serve and drag-raced with Miles Davies in Manhattan.
Natalie lives in London with her husband and three children.
From the East End of London to the Eastern seaboard of the United States, from Spitalfields to Scottish castles, from Bletchley Park to Buchenwald, and from the Vatican to Palestine, Natalie Livingstone follows the extraordinary lives of the English branch of the Rothschild women from the dawn of the nineteenth century to the early years of the twenty first.
This book is absolutely fascinating and I learned a lot from it. I didn’t know much about the Rothschilds at all before reading it and certainly nothing about the women of the family. The women may have been outsiders in some ways, being female in this patriarchal family and Jews in a predominately Christian society, but it mustn’t be overlooked that by and large they were incredibly privileged and that the wealth of their family gave them many opportunities.
Absorbing and compulsive THE WOMEN OF ROTHSCHILD gives voice to the complicated, privileged and gifted women whose vision and tenacity shaped history.
Natalie Livingstone was born and raised in London. She graduated with a first class degree in history from Christ’s College, Cambridge in 1998. She began her career as a feature writer at the Daily Express and now contributes to Tatler, Harper’s Bazaar, US Vogue, Elle, The Times and The Mail on Sunday.
My Thoughts
About the Author
First of all, I’d like to say a huge thank you to Stacey at Espresso PR for sending me a beautiful hardback copy of this book for review. The Women of Rothschild is published by John Murray and is available now in ebook, hardback and audiobook formats. The paperback version will follow in October this year.
About the book 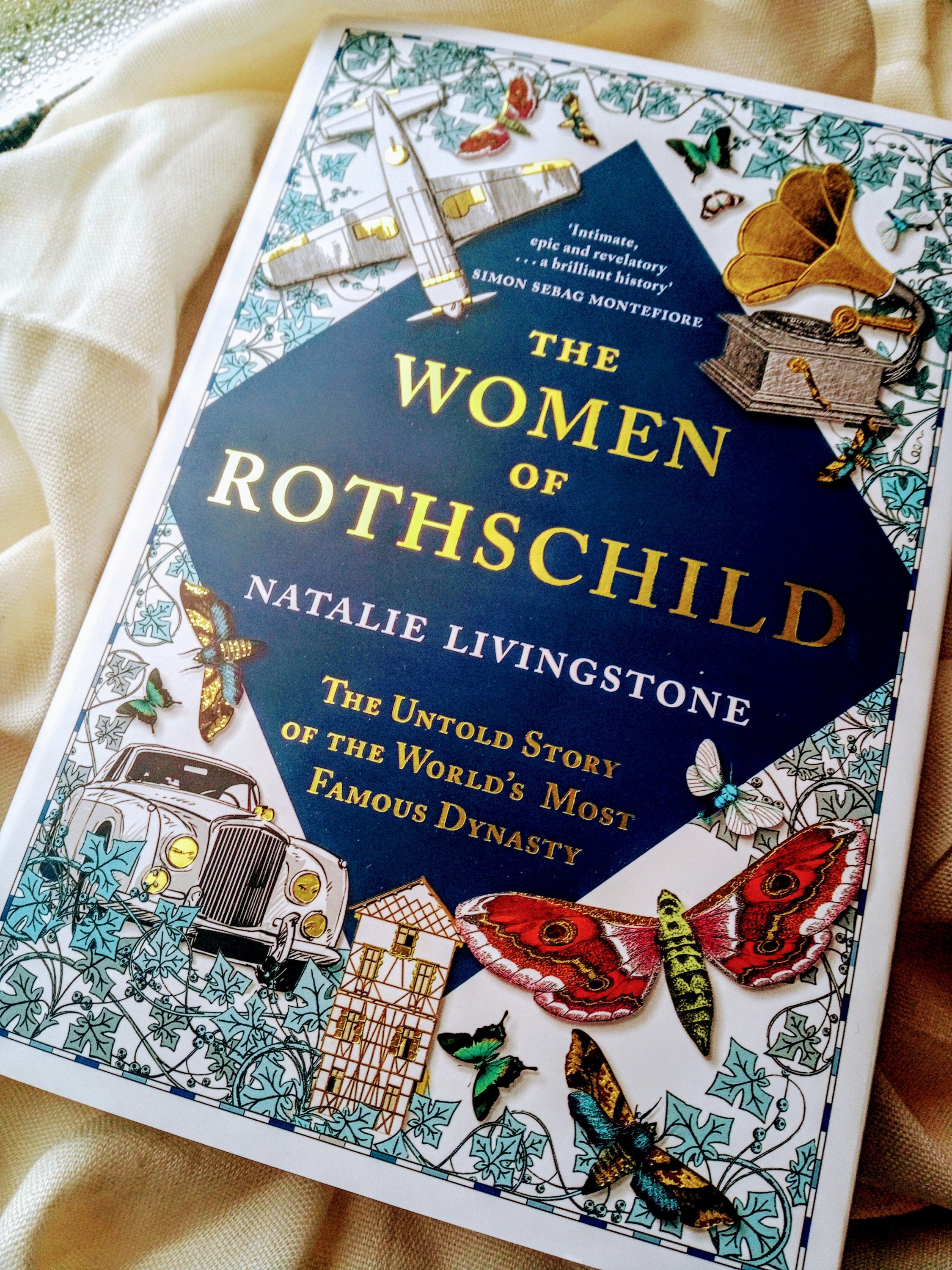