It was a journey they would always remember . . . for a friend they’d never forget.
About the Author
Julietta Henderson grew up in the rainforests of North Queensland, Australia. Like many Australians, her love affair with Europe began when she came to London on a working holiday and stayed for more than a decade. Now a full-time writer, Julietta divides her life between Melbourne, the UK and wherever she can find winter.
I absolutely loved this book and the characters of Sadie and Norman. Even Jax, although he has died by the beginning of the book, is a huge presence throughout and I couldn’t help but have a soft spot for this lovable rogue. The love which Sadie has for her son just shines through even though she is so insecure about her abilities as a mum. To Norman of course, she is simply the best mum in the world. This is a story told with so much heart, warmth and humour that you just can’t help but want Norman to achieve his dream, however unlikely that may seem. The characters which the trio of Sadie, Norman and Leonard meet on their pilgrimage all added to the story in their own ways and all helped Sadie and Norman in some way.
Norman and Jax are a legendary comedic duo in waiting, with a five-year plan to perform at the Edinburgh Fringe by the time they’re fifteen. But when Jax dies before they turn twelve, Norman decides a tribute act for his best friend just can’t wait, so he rewrites their plan:
My thanks to LoveReading UK and publishers Bantam Press for providing me with a review copy of this book. The Funny Thing About Norman Foreman is available from today in hardback. The ebook was published on 1st April. With bookshops reopen across the UK now, please support a local one if you can. Alternatively, you will find buying options for various retailers on the Penguin website here: The Funny Thing About Norman Foreman
Norman’s dream to appear at the Festival wasn’t just his dream. He was the straight man in a comedy double act with his friend Jax – ‘the Rolls-Bloody-Royce of best friends’. Tragically Jax died before they turned twelve and Norman’s mother Sadie and Norman decide that they will get to the festival anyway to pay tribute to Jax. With the help of Sadie’s work colleague, the aged but resourceful Leonard, they set off on a road trip from Penzance to Edinburgh with the aim of Norman taking part in a few open-mic nights as practice on the way. Oh and the slightly trickier task of tracking down his dad…
1. Look after mum | 2. Find Dad | 3. Get to the Edinburgh Fringe
From the back of the book
Sadie knows she won’t win Mother of the Year and she’s not proud she doesn’t know who her son’s father is. But when she finds Norman’s list, all she wants is to see her son smile again… So they set off on a pilgrimage to Edinburgh, making a few stops to find Norman’s dad along the way.

The Funny Thing about Norman Foreman is an inspiring, feel-good novel about a small boy with a big heart – and even bigger dreams.
If this book was a Fringe show, I’d be awarding it five shiny stars. In fact, I’d give it more if I could. I simply adored every page of the book, every mile on the road with Norman, Sadie, Leonard and all their friends. This is definitely on my Top Reads list for this year!
It’s been a while since I applied to LoveReading to review a book for them so I was delighted to be approved to read The Funny Thing About Norman Foreman. The book appealed to me because it’s about a young boy trying to make his dreams come true and perform at the Edinburgh Fringe Festival. Edinburgh was a very quiet place last summer without the festivals and the tourists, though it’s looking like there will be a pared back version this year. And if Norman Foreman was appearing, I’d be in that queue to see him!
The author has written about grief and the shock of losing someone suddenly and unexpectedly in a very perceptive way. Although Sadie and Norman are both grieving, their determination to honour Jax’s memory pushed them on to do more than they probably thought they could. Through their sadness, there were chinks of light and the love they had for each other was so touching. This is a wonderfully joyous read about finding courage and friends in unexpected places. I don’t think anyone who reads it could fail to be both moved and uplifted by Norman’s story. He is simply unforgettable. 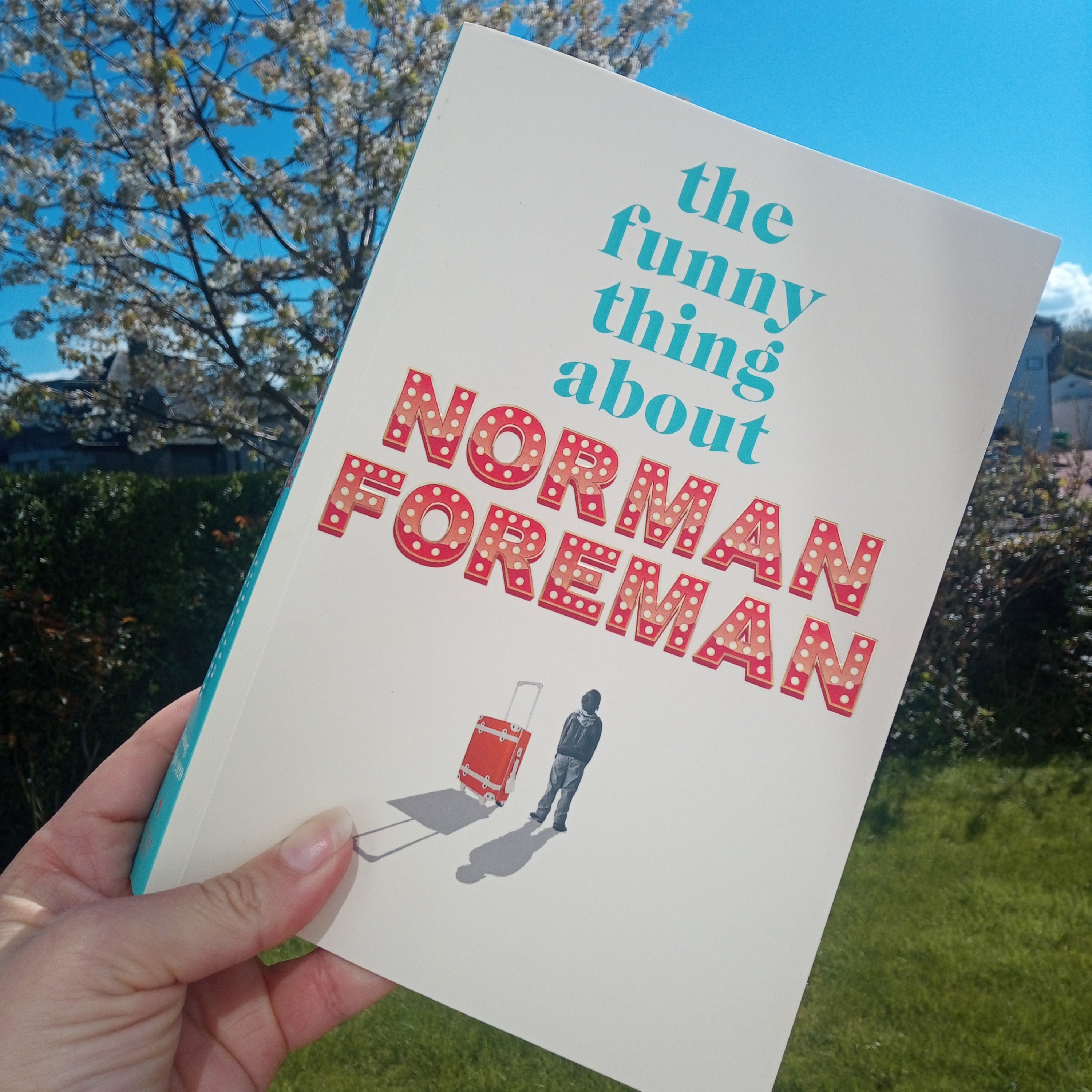