There are times when Lacey seems to be her own worst enemy by going it alone however it is this stubborn character trait which I’ve always enjoyed and which adds to the tension, there were times when I really resented having to put the book down to do life things!DCI Mark Joesbury has been expecting this. Monitoring a complex network of dark web sites, Joesbury and his team have spotted a new terrorist threat from the extremist, women-hating, group known as ‘incels’ or ‘involuntary celibates.’ Joesbury’s team are trying to infiltrate the ring of power at its core, but the dark web is built for anonymity, and the incel army is vast.If you haven’t read the previous books, no matter. This can very much be enjoyed without prior knowledge but for new readers it is a great series to begin from scratch. I loved it, and definitely one to recommend. Following a shocking incident on the Thames, Lacey appears to have become the focus of a terrorist group calling themselves ‘MenMatter’ but all is not what it seems. Her life becomes even more complicated when events from her past have dangerous consequences.
The dark web is something alien to me but this is where these men recruit their army and promote their campaign of violence and extreme demands for male domination – if they had their way women would be stripped of all rights and major roles in society and would become subservient to men. Joesbury and his team have to try and infiltrate their world in an attempt to stop these atrocious attacks.
Her first novel, Sacrifice, was voted Best New Read by Amazon.uk, whilst her second, Awakening, won the 2010 Mary Higgins Clark Award (part of the prestigious Edgars) in the US. She has been shortlisted for the CWA Gold Dagger, the Theakston’s Prize for Best Thriller, the International Thriller Writers’ Best First Novel award, the Prix Du Polar in France and the Martin Beck award in Sweden. 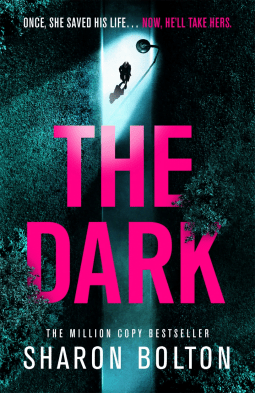 My thanks to Tracy Fenton of Compulsive Readers for the tour invitation and the publisher for the copy to review. This was one I just couldn’t miss – I love this series featuring maverick detective Lacey Flint and its been an incredible 8 years since she last featured here with A Dark and Twisted Tide in 2014 (although I’ve just realised I’ve missed a short story featuring Joesbury, Here Be Dragons from 2016 – now bought). The last Sharon Bolton book to appear here was a standalone, The Pact (from 2021) – another superb read.
Sharon (formerly S J) Bolton grew up in a cotton-mill town in Lancashire and had an eclectic early career in marketing and public relations. She gave it up in 2000 to become a mother and a writer.
Website | Twitter | Facebook | Instagram | Goodreads | Bookshop.org | Amazon UK
Set in London, this latest story featuring marine detective Lacey Flint and her colleagues is possibly the most disturbing yet and a frightening prospect, not least because although this is fiction, given the right set of circumstances in society it’s not beyond the realms of possibility that such extremist views could take hold. The story focuses on incels and their hatred towards women – and the misogyny and incitement to violence that ensued actually gave me chills. 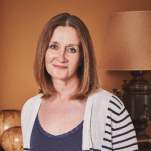 Lacey is back – with a bang. The Dark is a superb tense and chilling fast paced story with a thought provoking premise. Pushing the themes to one side, the various characters are expertly drawn, complete with their vulnerabilities and obsessions. Lacey has always been a complex and somewhat troubled character and her on/off relationship with the Met’s DCI Mark Joesbury is still an issue whilst DI Dana Tulloch and her wife Helen return together with their new addition and re-evaluated priorities.