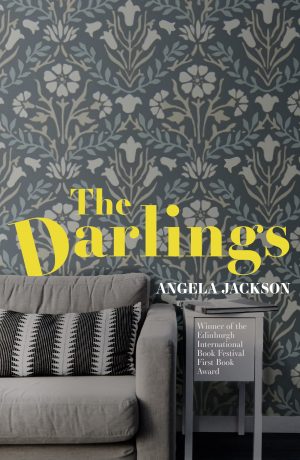 Angela Jackson is a former psychology lecturer and teacher trainer. Her debut novel The Emergence of Judy Taylor won the Edinburgh International Book Festival’s First Book Award and was Waterstones’ Scottish Book of the Year.
When I first started reading this, I fully expected to dislike Mark – a cheating husband. Get out. There was something childlike and immature about him – and I felt quite sorry for Sadie having to be the grown up in the relationship. However nothing is black and white and the more you learn about the characters, the greyer those lines become. There is still no excuse but I did find find myself feeling some sympathy for him at times. And then there is Ruby – with her expectations and own future plans.
One evening, Mark bumps into an old schoolfriend, Ruby. She saw the accident first hand. He is pulled towards her by a force stronger than logic: the universal need to reconcile one’s childhood wounds. This is his chance to, once again, feel the enveloping warmth of unconditional love. But can he leave behind the woman who rescued him from the pit of despair, the wife he loves? His unborn child?
This is a story about how childhood experience can profoundly impact how we behave as adults. It’s a story about betrayal, infidelity and how we often blinker ourselves to see a version of the truth that is more palatable to us.
Publisher: Lightning Books
Format: Ebook (22 May 2021) | Paperback (21 June 2021)
Pages: 288
Source: Ecopy received for review He loves his wife Sadie but it’s an old schoolfriend Ruby who he meets by chance, that can give him something that Sadie can’t. Sadie provides comfort but Ruby provides normality – Ruby was there at the time of the accident and can see something of the person he used to be. Before everything changed.

He spends the next decade drifting between the therapy couch and dead-end pursuits. Then along comes Sadie. A mender by nature, she tries her best to fix him, and has enough energy to carry them both through the next few years.
My thanks to Emma of damppebbles blog tours for the invitation and the publisher for providing an ecopy to review. I’m delighted to be one of the two bloggers opening the tour today.
When Mark Darling is fifteen years old, he is the golden boy, captain of the school football team, admired by all who know him. Until he kills his best friend in a freak accident.
I really enjoyed this – the writing is sharp and perceptive, and has characters that made me feel anger, sadness and frustration, as well as making me laugh. Highly recommended.
Mark writes advertising blurb for a sofa company but aspires to be a famous comedian, writing routines, honing his act on lukewarm audiences. He was once in a very dark place however since meeting and marrying Sadie, life has improved considerably but that horrific childhood accident still haunts him and the ongoing therapy is having little success against the panic attacks and the scarfing of jelly beans.
The Darlings is her second novel.

The author does an excellent job in creating fully rounded characters with flaws and complexities and shows how complicated relationships are and the consequences of actions. The writing has a lightness and humour to it which makes it extremely readable. Even the supporting characters like Sadie’s family – particularly her sister Ava and her father, Mark’s best mate Jonny, and Don – Mark’s nemesis at work, bring an extra edge to the story.
Originally from the north of England, she now lives with her family in Edinburgh.
THE DARING NEW NOVEL FROM THE AUTHOR OF THE EMERGENCE OF JUDY TAYLOR