Skip to content
And your worst?
Buying links
If you could change one thing about your writing life, what would it be?
‘Ritual murder and ghosts from a chilling past haunt DCI Lukas Mahler in his latest case, set on the ancient Orkney Islands.’
Margaret Kirk writes ‘Highland Noir’ Scottish crime fiction, set in and around her home town of Inverness.
Your best decision ever?
Tied to a derelict pier on Orkney, the bloated remains of a man bob in the waves, under the shadow of forbidding Sandisquoy House. The locals know him as William Spencer.
Did you always want to be a writer?
I’m delighted to be joined by author Margaret Kirk today who is sharing a really entertaining #TenThings she’d like her readers to know about her. Without further ado, over to Margaret.
Germany, probably. I lived in Bavaria for a while and loved it. But since visiting Reykjavik for Iceland Noir in 2018, that’s got to be another contender.
Twitter:          @HighlandWriter
Facebook:         https://facebook.com/MargaretKirkAuthor
Not really. I’d always written, but I never thought someone like me could make a career out of it. When I was little, I was fascinated by ancient Egypt and really wanted to be an archaeologist..
Her debut novel, Shadow Man, won the Good Housekeeping First Novel Competition in 2016. Described as ‘a harrowing and horrific game of consequences’ by Val McDermid, it was published in 2017 by Orion. Book 2 in the DI Lukas Mahler series, What Lies Buried, was published on 13th June 2019. Book 3, In The Blood, was released by Orion on 29th April 2021.
About the Author
And the location featured in In The Blood was inspired by an incredibly spooky holiday flat we rented. Prior to going there, I wouldn’t have said I was particularly sensitive to atmosphere, but something about that place made me really uncomfortable.
What’s next, writing-wise?
Obviously, I’m going to cheat here and say my Kindle! I’m a huge fan of e-readers – just can’t get over the pure joy of having access to an entire library on one tiny device. I sometimes think we underestimate how amazing that is.
Thanks Joanne for inviting me onto your blog! Hmm, ten things about me … interesting things, you mean? Aargh, that’s tricky. Let’s go with something like this:

Hive: In-the-Blood
Waterstones: https://bit.ly/3kXaiBE
Without a doubt, spending what felt like a really extravagant amount of money on a crime writing course at Moniack Mhor, near Inverness in 2015. It was tutored  by two absolute legends, Val McDermid and Louise Welsh, and they were both really kind and supportive. Without the confidence boost they gave me, I don’t think I’d ever have been brave enough to show my writing to anyone – I certainly would never have dared to enter a First Novel competition!
Apart from my first marriage … probably not being brave enough to switch courses mid-way through university and pursue my first love, history, instead of carrying on with a languages degree. But realistically there’s no way I would have been able to finance an extra year of study, so c’est la vie …
Your new book, In The Blood, is part-set on Orkney. What’s behind the change of location?
But DCI Lukas Mahler identifies him as Alex Fleming – his former boss.
Writing heroes? How many of them have you met?
Your Twitter handle is @HighlandWriter, but you’re really a southerner, aren’t you?
Amazon – https://amzn.to/3wCbcr2
Blog:                 https://margaretmortonkirk.wordpress.com
I’m working hard on book 4 (provisionally titled Blood Price, but that may change) and also on a rather exciting New Thing. Watch this space!
Unable to step away from the case, Mahler tries to piece together why Fleming would retire to such a remote location. But the deeper he digs, the more disturbing the investigation becomes.
Your house is on fire. Everyone is safe (including pets) but you can only pick one book to rescue from the flames. Which?
If you had to move to another country and start a new life there, where would you go?
Seal bones, witches’ salve, and runic symbols appear everywhere he looks, ushering Mahler towards Fleming’s most notorious unsolved case: the ‘Witchfinder’ murders. And towards a dark and uncomfortable truth someone has gone to great lengths to bury…
Social Media linksAbout the bookThanks to Kelly at Love Books Group for having me as part of the tour. In the Blood is published by Orion Books and available now in all formats.I wish I could write faster! Hugely envious of writers who can average a couple of thousands of words each day. But I edit as I go, so I tell myself it’ll all average out in the end …
Aargh, my secret is out! I was actually born in Helensburgh and went to primary school in Glasgow. But my parents were both Highlanders and couldn’t wait to get back up north. Inverness is where I went to secondary school, and although I’ve lived in London, Bournemouth and the Lake District, the Highlands are definitely home for me now.
Well, the ongoing plot strands are still firmly rooted in Inverness. But I’ve wanted to set something in Orkney for a while – I fell in love with it the first time I visited, and there’s always a new aspect of the islands to explore each time I go back.
Margaret is also the writer of several award-winning short stories, including The Seal Singers, which has been published in translation in Germany. She has contributed a short story, Still Life, to the Noir From The Bar anthology, which has been compiled to raise funds for NHS charities.
I’ve been lucky enough to meet lots – Val McDermid and Louise Welsh, obviously. Two-time McIlvanney winner, Craig Russell, whose writing I absolutely love, James Oswald, Sarah Hilary, Elly Griffiths … never met Stephen King, but I did see his son, Joe Hill, at a publishers’ party once, and he’s the spitting image of his dad. So that sort of counts, doesn’t it? 😉 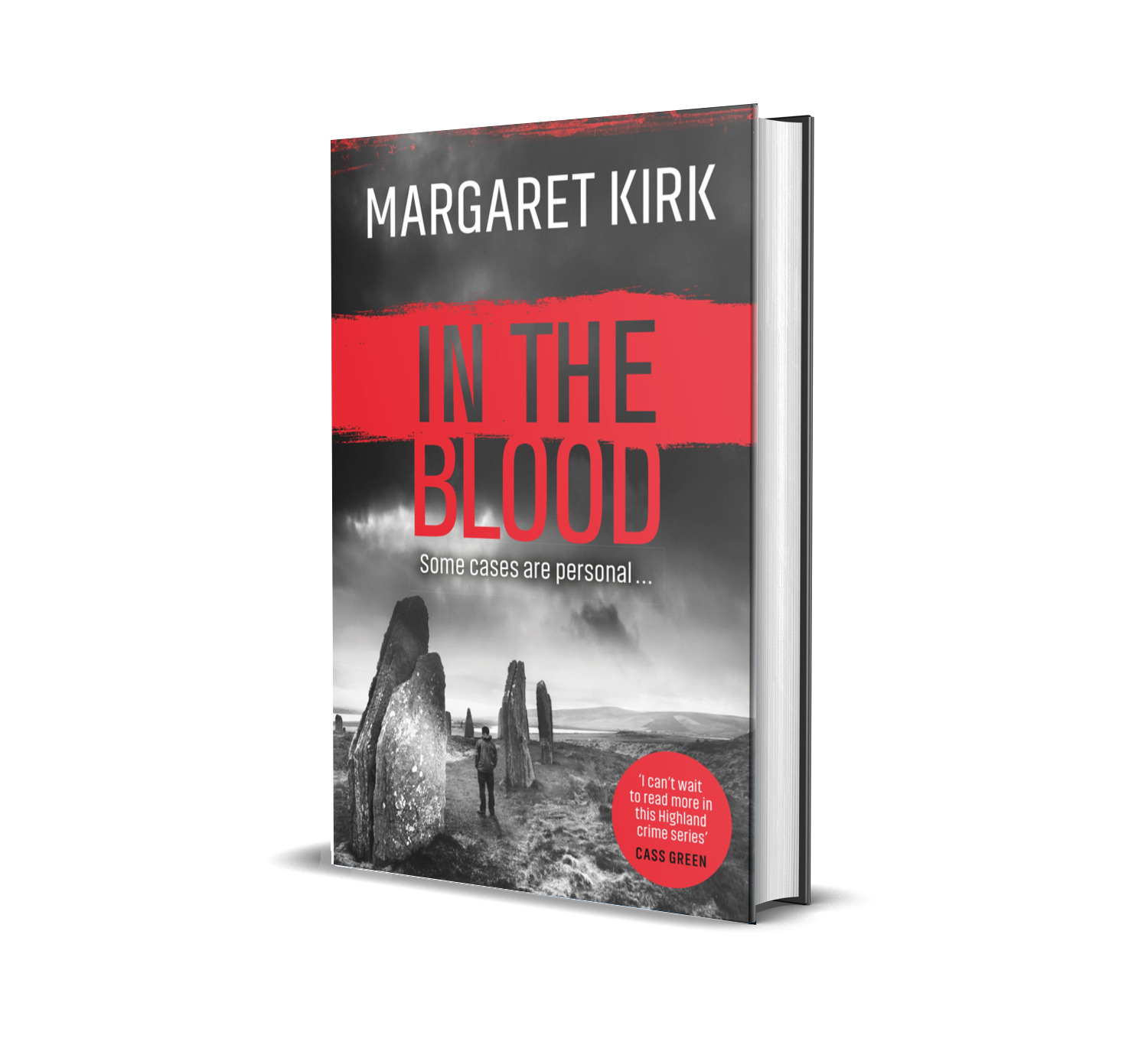