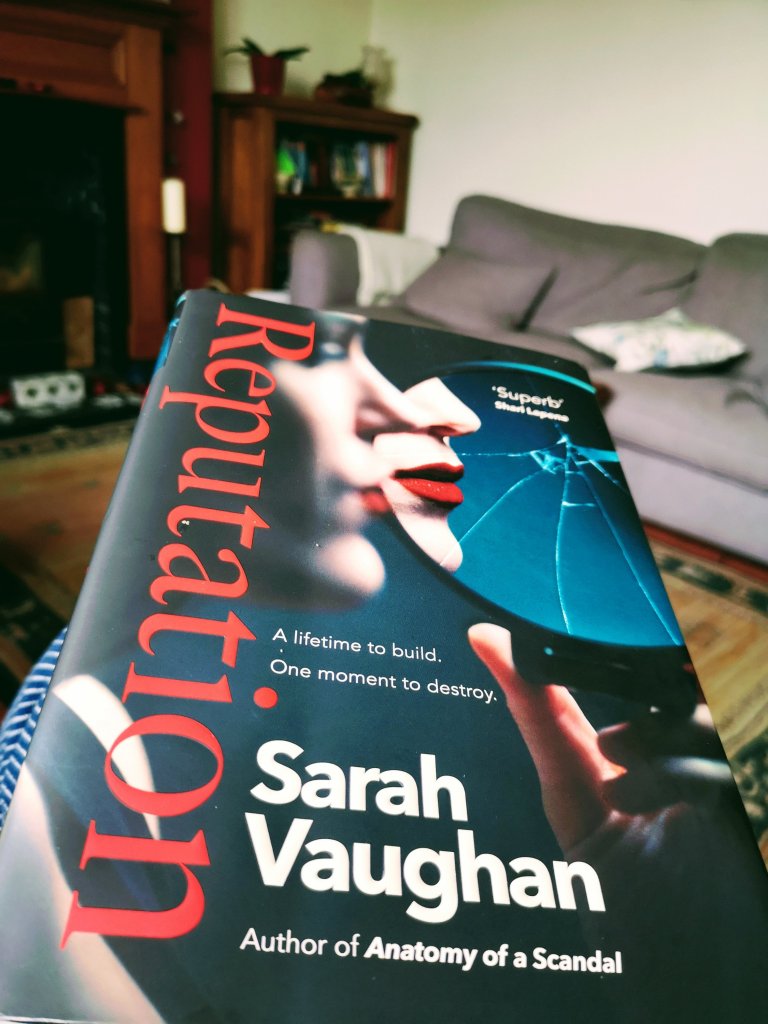 Emma Webster is a respectable MP.

Emma Webster is a devoted mother.

Emma Webster is innocent of the murder of a tabloid journalist.

Emma Webster is a liar.

#Reputation: The story you tell about yourself. And the lies others choose to believe…
You’ll see from the info on the back of the book that you get a scant amount of information about what this book entails so I won’t add too much more about the plot.
About the Author
I should have been decorating my kitchen when I started reading this book but, as you can see from my picture, I sat down to start reading a few chapters and I was completely hooked. I couldn’t put this book down and was completely absorbed in the story. Sarah Vaughan has done it again with a terrific political thriller and a gripping legal drama. Reputation goes straight onto my list of Top Reads for this year.
Sarah Vaughan seems to have a knack just now for writing thrillers which reflect happenings in the real world. You’ll know this if you’ve read (or watched the superb Netflix adaptation of) Anatomy of a Scandal. In Reputation, we read about Emma Webster, an MP whose reputation is in tatters.
About the book
Emma Webster is very concerned with online bullying and trolling and the effect that can have on someone’s reputation. It’s such a contemporary issue in the real world when information can be so easily disseminated through social media and when it is readily believed whether true or not. Through Emma’s experience, we see the danger to those in public life, not just online but in real life too. The constant scrutiny must be so hard to live with and of course has an impact on the person in the public eye’s families too. Through chapters from other characters’ points of view, we really get a sense of that.
My Thoughts
Sarah Vaughan read English at Oxford and went on to become a journalist. After training at the Press Association, she spent eleven years at the Guardian as a news reporter and political correspondent before leaving to freelance and write fiction. Her first two novels, The Art of Baking Blind and The Farm at the Edge of the World, were followed by her first psychological thriller, Anatomy of a Scandal: a Sunday Times bestseller, and Richard & Judy pick of the decade, developed as a Netflix series starring Rupert Friend, Michelle Dockery and Sienna Miller. Her fourth novel, Little Disasters, a Waterstone’s thriller of the month, was published in 2020. Reputation is her fifth novel.
In the prologue, we find out that someone has died violently. In the first chapter we hear of a photo shoot for The Guardian magazine that MP Emma Webster later regrets. Why? Because, as we are tantalising told, the photos will be used when she is arrested and charged…

It’s been interesting to read this in the wake of ‘Partygate’ where it seems that if you are a senior politician, you can get away with more of less anything! Reading about the threats and online bullying Emma experiences of course brings to mind the murders of MPs Jo Cox and more recently David Amess and makes you realise just what a vulnerable position politicians can be in. 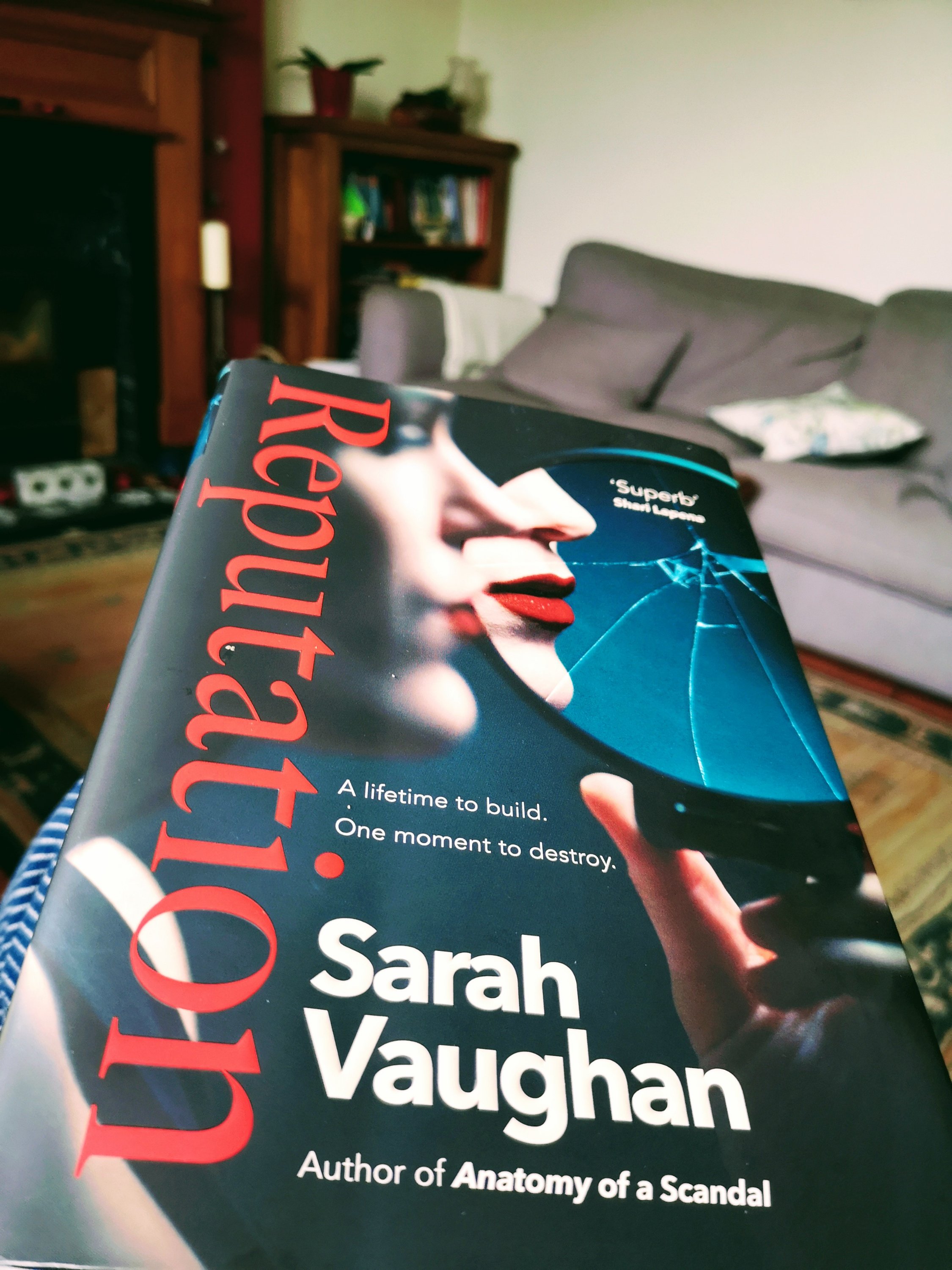