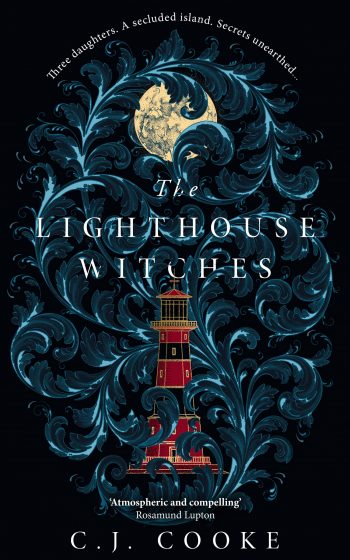 But what really happened at the lighthouse all those years ago?
The characters are well fleshed out with Liv having her own problems to cope with as well as trying to keep her family together. Despite some of the villagers appearing welcoming there is a sinister undercurrent and it certainly wouldn’t be anywhere I’d want to stay. Liv brushes off some of the rumours however she is no match for the ghosts of the past and Luna finds herself the only one of the family left. Her story in 2021 is one that will both shock and surprise as she returns to the place where she lost her entire family to try and find out what really happened. What is clear that even in these modern times, the old stories and rumours are still believed by some.Mysterious and terrible events have happened on this island. It started with a witch hunt. Now, centuries later, islanders are vanishing without explanation.I’m always attracted to stories of witchcraft and folklore and couldn’t resist saying yes please to reviewing The Lighthouse Witches when the email tour invitation arrived. My thanks to Anne Cater of Random Things Tours for the place on the tour and to the publisher for the beautiful hardback copy to review.The lighthouse is in a dilapidated condition and has a history of witch huntings attached to it, as too have other parts of the island. It’s clearly somewhere with a strange unwelcoming vibe.Twenty years later, Luna is drawn back to the place her family vanished. As the last sister left, it’s up to her to find out the truth . . .Superbly constructed. Dark, chilling and thoroughly engrossing whether or not you believe in the fantastical. It would be a great read at any time but with Halloween coming up, this would be perfect. Definitely recommended.A lighthouse that has weathered more than storms.

Coincidence? Or curse?
ABOUT THE BOOK

C.J. Cooke is an acclaimed, award-winning poet, novelist and academic with numerous other publications written under the name of Carolyn Jess-Cooke. Her work has been published in twenty- three languages to date. Born in Belfast, C.J. has a PhD in Literature from Queen’s University, Belfast, and is currently Senior Lecturer in Creative Writing at the University of Glasgow, where she researches creative writing interventions for mental health. C.J. Cooke lives in Glasgow with her husband and four children. She also founded the Stay-At-Home Festival.

Upon the cliffs of a remote Scottish island, Lòn Haven, stands a lighthouse.
Liv Stay flees to the island with her three daughters, in search of a home. She doesn’t believe in witches, or dark omens, or hauntings. But within months, her daughter Luna will be the only one of them left.
Set over two timelines and told from three perspectives – mother Liv and eldest daughter Sapphire in 1998 and middle daughter Luna in 2021, The Lighthouse Witches is a haunting and atmospheric story set on a remote Scottish island, Lòn Haven. Liv is an artist and has been engaged by the reclusive current owner to paint a mural on the inside of the Island’s lighthouse ‘The Longing’ – she is also fleeing from something, at the time we don’t know what; a decision which has fractured her family.

Author Links:
The author has seamlessly woven a story between the past and the present involving witch’s curses, wildlings, superstition and folklore that has kept the villagers living in fear since 1662. When an ancient book belonging to the descendant of an islander, a ‘Grimoire’ is discovered which details the witch hunts and the unjust treatment meted out to those suspected of witchcraft, the creep factor goes up even more as the actions of the accusers and retaliation of those accused will cast their shadows on the island for generations.