A number of the six titles in the running for the £50,000 prize (making it the UK’s most valuable non-fiction writing prize) prove that current social divisions are nothing new, exploring times of discord and crisis throughout history, including accusations of witchcraft in a small New England town, the shock of Britain’s European neighbours during the turbulent Stuart dynasty, and the topical question of fallen statues and what they tell us about historical legacy.

The Wolfson Foundation (www.wolfson.org.uk ) is an independent charity with a focus on research and education. Its aim is to support civil society by investing in excellent projects in science, health, heritage, humanities and the arts. Since it was established in 1955, over £1 billion (£2 billion in real terms) has been awarded to more than 12,000 projects across the UK, all on the basis of expert peer review. The Wolfson Foundation is committed to supporting history and the humanities more broadly. In the past 10 years, it has awarded more than £21 million to support postgraduate scholarships in the humanities at universities across the UK, over £17 million to historic buildings, and some £30 million to museums and galleries. You can connect via Twitter @wolfsonfdn. Today I’m delighted to bring you an extract from Fallen Idols: Twelve Statues That Made History which in on the shortlist for the Wolfson History Prize for 2022. It’s the 50th anniversary of this prize for historical writing. The winner will be announced live at a ceremony in London on 22nd June and you’ll be able to find out the winner at around 1915 here:  www.wolfsonhistoryprize.org.uk/2022.

About the Author
Alex von Tunzelmann is a bestselling author, screenwriter, broadcaster, and media commentator. She lives in London.
The Wolfson History Prize, which celebrates its 50th anniversary this year, is the UK’s most prestigious historical writing prize, and was created to champion the best and most accessible historical writing, and to highlight the importance of history to modern life. Previous winners have included Mary Beard, Antony Beevor, Antonia Frasier, Sudhir Hazareesingh, Amanda Vickery and many more.
The books shortlisted for the 2022 Wolfson History Prize are:

About Fallen Idols
Here is short extract from Fallen Idols, featuring a statue which became very well known recently.
History is not erased when statues are pulled down. If anything, it is made.
About the Wolfson FoundationOther titles on the shortlist showcase the impact faith has had on our lives over the centuries, tackling subjects such as the role of religious tolerance within the Ottoman Empire, the surprising realities of Medieval churchgoing, and the ways in which the anatomical concept of God has changed across time. In Bristol, Edward Colston was knocked off his plinth and hurled into the harbour. Robert E. Lee was covered in graffiti in Richmond, Virginia. Christopher Columbus was toppled in Minnesota, burned and thrown into a lake in Virginia, and beheaded in Massachusetts. King Leopold II of the Belgians was set on fire in Antwerp and doused in red paint in Ghent. Winston Churchill was daubed with the word ‘racist’ in London. The backlash from conservatives has been fast and intense.Here’s a little bit about the prize and this year’s short list.FALLEN IDOLS tells the story of twelve toppled statues around the world. It will look at why they were put up in the first place; the stories they were intended to tell; the symbolism they came to embody; and the manner and consequences of their removal.
n the past few years, there has been a rush to topple statues. Across the United States of America, the United Kingdom, Belgium and elsewhere, Black Lives Matter protesters defaced and in some cases hauled down statues of slaveholders, Confederate icons, and imperialists.
Statues are one of the most visible forms of historical storytelling, maybe the most visible. The stories we tell are vital to how we as societies understand our past and make our future. The ultimate question is: ‘who controls history?’ 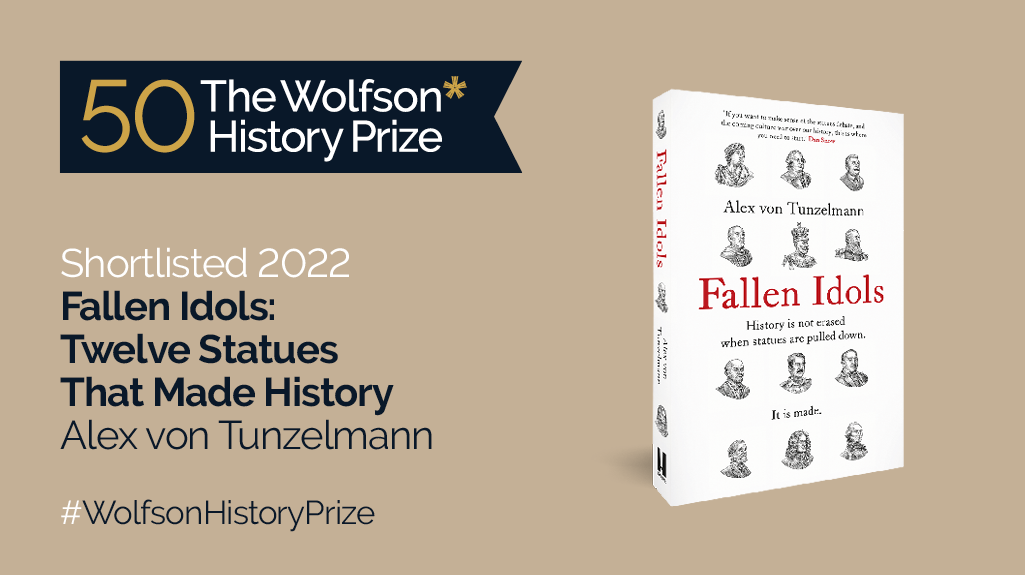