It’s my stop on the blog tour for Suspects by Lesley Pearse and I’m delighted to be sharing my thoughts about this latest book by one of my all-time favourite writers today. My thanks to Megan Denholm from ED PR for the review copy of the book and the place on the tour.

Lesley Pearse was told as a child that she had too much imagination for her own good.  She left home at 15 and headed to London where she worked her way through many jobs – from corsetry sales, to musician’s muse, to nanny; from gift shop owner to dressmaker – finally finding her true vocation when she became a published author age 49. 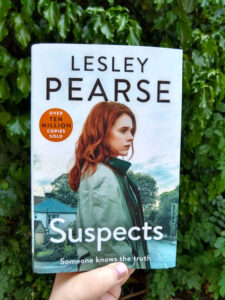 I absolutely love Lesley Pearse’s books and have done for many years. I always look forward to picking up her latest book and getting stuck into a really great story. Suspects is, incredibly, her 29th book! It’s set around Willow Close, a seemingly quiet, suburban road in Cheltenham. It’s Nina and Conrad Best’s moving day and they’re about to find out that Willow Close might not be the peaceful home they had hoped for.

A natural storyteller, Lesley has lived an eventful life but is also inspired by others’ stories of courage andadversity, often giving voice to women lost in history and people damaged  by their childhood experiences. She is passionate about her research and her stories have taken her far and wide: from Alaska to the Crimea. Lesley now lives in Torquay in Devon where she loves to spend time with her grandchildren.
The 1970s were a pivotal decade in Lesley’s life. She lived in London with her second husband John, a musician managed by Don Arden. A talented trumpeter, John had played with Dusty Springfield, Lulu and David Bowie, and the start of the decade saw the birth of their beloved daughter, Lucy and a record deal for John with his band, Sansom. The future looked bright but then the house they lived in was sold – ironically to become a homeless shelter – and the family found themselves homeless. John lost his record deal and his
mental health began to suffer. Their luck seemed to change when they found a small general store in Borough Green, Kent with a cheap lease that Lesley, ever resourceful, transformed into a gift shop but on the night before opening, the snow came and no one
visited the shop. Times were desperate and John became increasingly unwell, until Lesley had no choice but to have him sectioned. They eventually parted and Lesley found herself alone with Lucy. It was while hitchhiking to a job interview that she was to meet her third husband, Nigel, and find the love and security that would enable her to start writing.  Lesley is now a global bestselling author, with over 10 million copies of her books sold worldwide.

A gripping page-turner full of suspense, Suspects is a masterclass in unputdownable storytelling.

On the day they move in, one of the residents is found dead in the nearby woods and shockwaves travel around each household. What I loved about this book is that it’s not a thriller, despite the murder. It’s a story of a group of neighbours and how you never really know what’s going on behind closed doors. The action swaps between each set of residents and I was fascinated by what they were all getting up to! 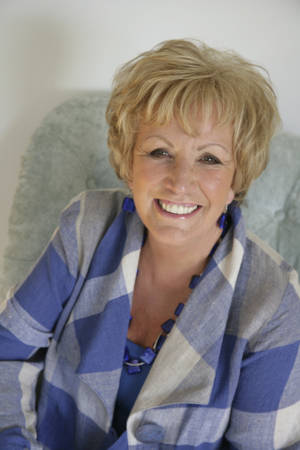 We also follow the police investigation into the murder and get to know the officer in charge pretty well. I really liked how he seemed to become part of Willow Close in his own way. The road is a teeming hotbed of gossip, criminal behaviour, overeating, alcoholism, drink driving, and more. I’m wondering what’s going on behind my neighbours’ doors now!

Suspects is a great title for this book. I suspected everybody and I think the culprit could have been any of them. I’d probably class this book as a domestic drama. For me there were no big surprises or reveals, but I just found it a really enjoyable and easy read.
(c) Charlotte Murphy 2014
As young couple Nina and Conrad move into their first house together in Willow Close, they see horrified neighbours gather by a police cordon in the street – one of the residents has been attacked and brutally killed in the woods. As the police carry out interviews with each resident, it becomes clear that every neighbour has a secret to hide and some will go to extreme lengths to prevent exposure. As the image of a ‘perfect place to raise a family’ starts to tarnish, Nina and Conrad’s life plans start to unravel. They thought they had  found their dream home. But have they moved into a nightmare? 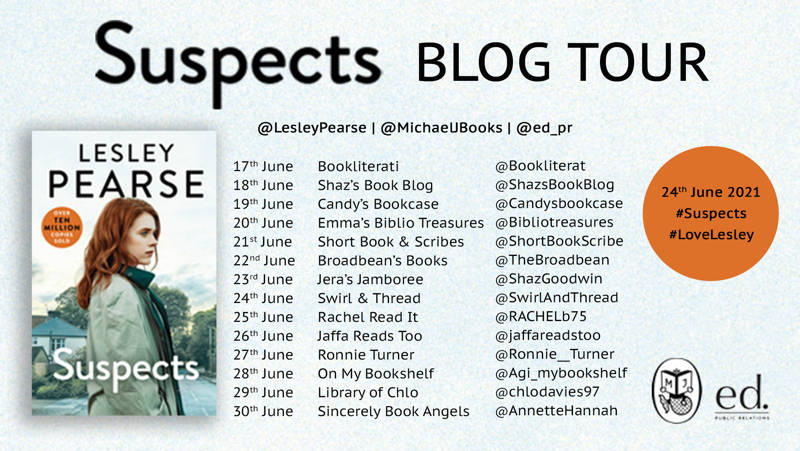