Join Albert Entwistle as he sets out to find the long-lost love of his life, and has an unforgettable and completely life-affirming adventure on the way.
About the Book
With a new year fast approaching, Albert needs to be brave and go after what he wants, however much it scares him. And he will begin by looking for the man that, many years ago, he lost – but has never forgotten . . .This is the realisation that 64 year old postman Albert Entwistle comes to while spending another Christmas alone, with nothing to look forward to and his retirement looming.My ThoughtsThe contents shock him. With no friends, and nothing to look forward to, his future suddenly seems lonely and frightening.For more information, please visit http://www.mattcainwriter.comMatt Cain is a writer, broadcaster, and a leading commentator on LGBT+ issues.
Born in Bury and brought up in Bolton, Matt now lives in London with his partner, Harry, and their cat, Nelly.
Matt’s first two novels, Shot Through the Heart and Nothing But Trouble, were published by Pan Macmillan. His third, The Madonna Of Bolton, became Unbound’s fastest crowdfunded novel ever before its publication in 2018. His latest, The Secret Life of Albert Entwistle, was published by Headline Review in May 2021 and Becoming Ted will follow in January 2023.
He was Channel 4’s first Culture Editor, Editor-In-Chief of Attitude magazine, has written for all the major national newspapers, and presented the flagship discussion show on Virgin Radio Pride. He’s also an ambassador for Manchester Pride and the Albert Kennedy Trust, plus a patron of LGBT+ History Month.
I was lucky enough to win a copy of this book in a Twitter giveaway and what a treat that has proved to be. Huge thanks to Caitlin Raynor at Headline for sending me a copy.
The Secret Life of Albert Entwistle is a beautiful story about a forbidden love. It’s emotional, tender and full of hope, a story that shows it’s never too late for love and happiness. I loved this from start to finish. What a wonderfully endearing character Albert is. I was cheering him on on his quest to track down his lost love. 💕
There’s another story in the book too, that of young single mum Nicole. I did wonder why Nicole was in the story when I first encountered her but it gradually all made sense in an uplifting way. An unlikely friendship springs up between her and Albert which enriches both their lives in ways they would never have imagined.
‘Albert Entwistle was a postman. It was one of the few things everyone knew about him. And it was one of the few things he was comfortable with people knowing . . .’

There are some characters who find their way into your hearts and Albert is certainly one of them. My heart broke for him reading about his loneliness. I was so outraged and upset for Albert at the way he had been forced to deny his true self and seeing the unhappiness that had caused for decades of his life. It was particularly poignant to read the true stories of men around Albert’s age and their similar experiences which are included at the back of the book.
“There are billions of people in this world and not a single one of them cares about me.”
It’s not the first time that Albert has received a letter that will change his life. But, as the snow starts to fall, this time around he’s spurred into action. The time has come for him to face the secret he’s been keeping for fifty years . . .
Living alone since the death of his mam, 64-year-old Albert Entwistle keeps himself to himself. So one frosty December morning, just back from delivering mail full of the Christmas cheer that no one now extends to him, Albert is surprised to find himself in receipt of a letter.
About the Author 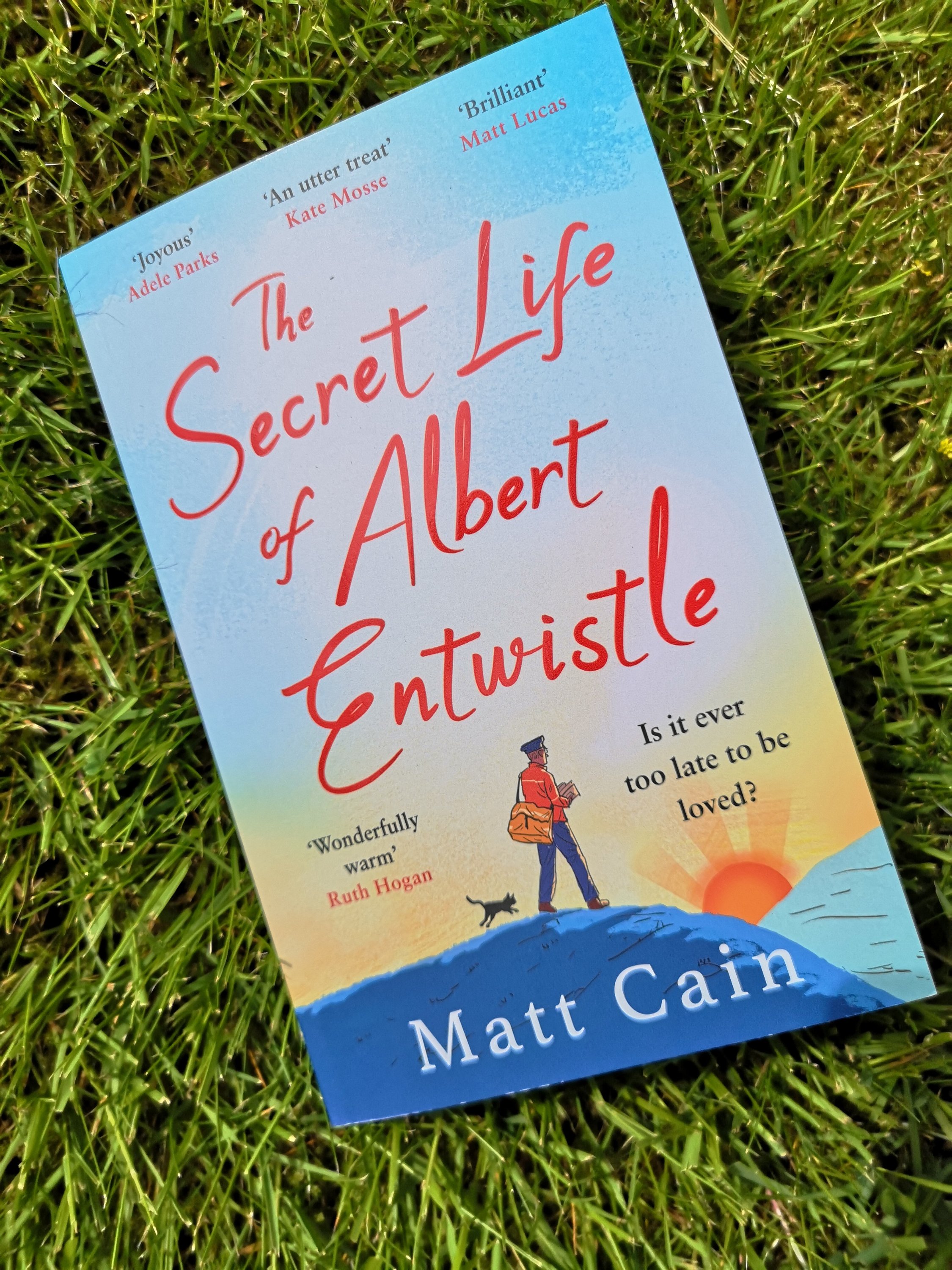