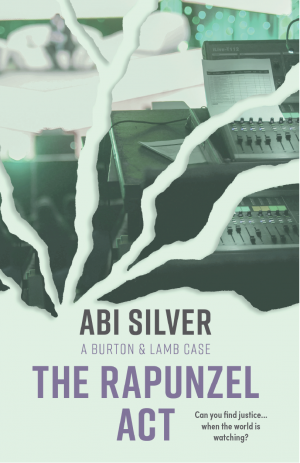 ABOUT THE AUTHORAuthor Note: Constance Lamb is one of my two main protagonists; the young, determined criminal lawyer who leaves no stone unturned in defending her clients. This extract is from her visit to the crime scene, the home of murdered TV personality, Rosie Harper.
Abi Silver is an author and lawyer who grew up in Leeds in a traditional Jewish family. Watching Granada TV’s ‘Crown Court’ in between lessons led her to study Law at Girton College, Cambridge. Abi then worked in London at international law firm, Allen & Overy and at RPC, before spending five years in Israel, where her husband, Daniel, was posted. During her time there, alongside raising her three young sons, Abi completed an MBA by distance learning, learned Hebrew and pottery on the wheel and began to write fiction, usually late at night. Based in Radlett, Hertfordshire, Abi works part-time as a legal consultant and author.

Over the years, Constance had learned how important photographs were to the investigative side of her work. Not only did they jog your memory, they often highlighted things you had never seen or noticed yourself. So she took out her phone and snapped some photographs, from different angles, in both directions along the street, before slowly approaching the house and crouching down among the floral tributes.
A better ending might have been the opposite: someone so out of place, so noticeable, that connecting him with the murder was totally absurd – so no one did. In fact, maybe that was the answer to Mr Moses’ elephant conundrum; people did see them trumpeting along the pedestrianised precinct, but couldn’t quite believe what they saw, so they just blanked it out or thought they’d imagined it.
She remembered a line from a film – or was it a book? – where a murder had taken place on a busy street like this and everyone was stumped; something about how the killer must have blended in, so he could lurk unnoticed. In the end, in that story, it had been the milkman, or someone dressed up as the milkman; she wasn’t sure which.
My thanks to Amber of Midas PR for the tour invitation for The Rapunzel Act – Book number 4 in the Burton and Lamb series. I would have liked to have reviewed this but just couldn’t fit it in. Instead I have an extract for my turn on the tour.
One of the pictures she had seen, from her recent perusal of all things Rosie-related, was of Rosie at an upstairs window of this house, her face pinched and gaunt. It had coincided with breaking news of Debbie’s transition. She imagined Rosie mouthing something unintelligible from behind the glass to the unwelcome reporters below and tugging the curtains across. Today, when Constance looked up, the house was quiet and empty.
**

When Breakfast TV host and nation’s darling, Rosie Harper, is found brutally murdered at home, suspicion falls on her spouse, formerly international football star, Danny walks on water Mallard, now living out of the public eye as trans woman, Debbie. Not only must Debbie challenge the hard evidence against her, including her blood-drenched glove at the scene of the crime, she must also contend with the nation s prejudices, as the trial is broadcast live, turning it into a public spectacle. For a woman trying to live her life without judgment, it might just be too much to bear.
AUTHOR LINKS:
EXTRACT
Constance wasn’t certain she would be able to distinguish Rosie’s house from the other almost-identical town houses as she walked along East Road, but there was no doubt which it was. Not only was there a policeman standing on the front steps, but there were piles of flowers knee-deep on the pavement outside.

There would have been plenty of opportunities for the assassin to have been seen, she thought, all those windows overlooking the street, a busy thoroughfare linking the station, the nearby public gardens and local shops. She would need to check with Dawson if his officers had gone house to house, asked for sightings, although it never ceased to amaze Constance how unreliable eye witness evidence usually was. Either people saw nothing – Mr Moses, her senior partner, often told a story about how, when he was a boy, an entire troupe of elephants from the local circus were paraded through his town, albeit in the early hours of the morning, and no one noticed – or they totally misremembered what they had seen, substituting a familiar or desirable image for the real one.

Legal duo Judith Burton and Constance Lamb are subjected to unyielding scrutiny as they strive to defend their most famous client yet. Another thought-provoking courtroom drama from the acclaimed author of the Burton & Lamb series.