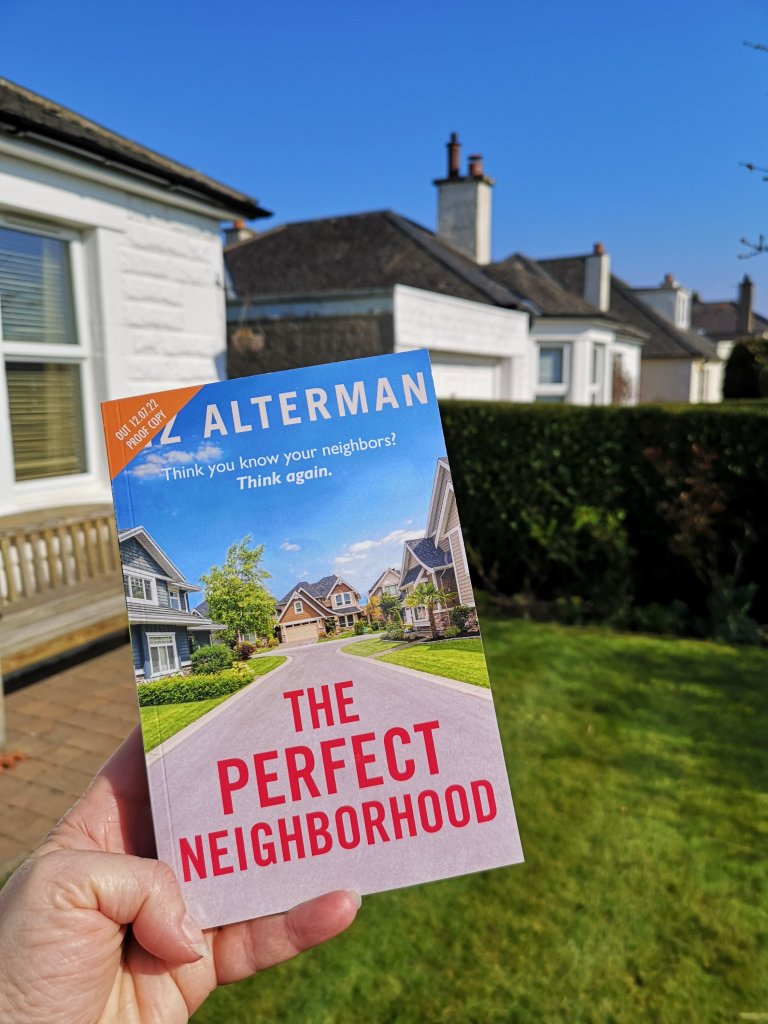 With the story told mainly from the points of view of the mothers of the two missing children, their babysitter Cassidy, and actress Alison who has recently fled the street, the story is quite fast paced as we move from one point of view to the other.
The Perfect Neighborhood is a book where almost everybody has something to hide and where you are not quite sure who to believe. I’ve seen it described as suburban suspense and I think that’s a great way to categorise the book. If you enjoy novels looking at what goes on beneath a supposedly perfect surface, with plenty of secrets and a tense mystery thrown in, then The Perfect Neighborhood is a book for you! I will be looking more closely at my own neighbours now…
When I took that picture of my advance copy of the book above and put it on social media, I commented that I have lovely neighbours. I’m still pretty certain that is the case but, as this book shows, who knows what goes on behind closed doors…
Liz Alterman’s work can be found in The New York Times, The Washington Post, Parents, McSweeney’s Internet Tendency, and other publications. She is the author of a young adult novel, He’ll Be Waiting, a memoir, Sad Sacked, and a domestic suspense novel, The Perfect Neighborhood. Liz lives in New Jersey with her husband and three sons. When she isn’t writing, Liz spends most days reading, microwaving the same cup of coffee, and looking up synonyms.
Liz Alterman has written a book full of unexpected twists and casting suspicion on one character after another. I was quite sure I knew who was responsible for what had happened to the children a few times and then all of a sudden something else was revealed that had me doubting myself. Very cleverly done.
Think you know your neighbors? Think again.
My Thoughts
I thoroughly enjoyed getting to know the residents of Oak Hill and finding out their many secrets. The main focus of the book is the disappearance of two young children within a few weeks of each other and that is the central mystery of the book.
When actress Allison Langley leaves her former rockstar husband in the middle of the night, her sudden departure becomes the talk of upmarket Oak Hill. But the relentless gossip comes to an abrupt halt when five-year-old Billy Barnes disappears on his walk home from kindergarten. Is there a predator lurking in the leafy suburb? Weeks later, three-year-old Amy-Pat Davies vanishes from her backyard. In addition to sharing a zip code, the missing children have another thing in common – their babysitter, Cassidy McLean, who has a secret of her own.
About the Author
About the book
My thanks to Ceri at Legend Press for sending me a copy of this book for review.
The Perfect Neighborhood is available now in all formats.

My goodness, what a lot of secrets the residents of Oak Hill were hiding! On the face of it, it was the perfect neighbourhood. A neighbourhood of well maintained houses and gardens, good schools, children given every opportunity and a good support network especially among the women. But behind closed doors, not everything was as it seemed. 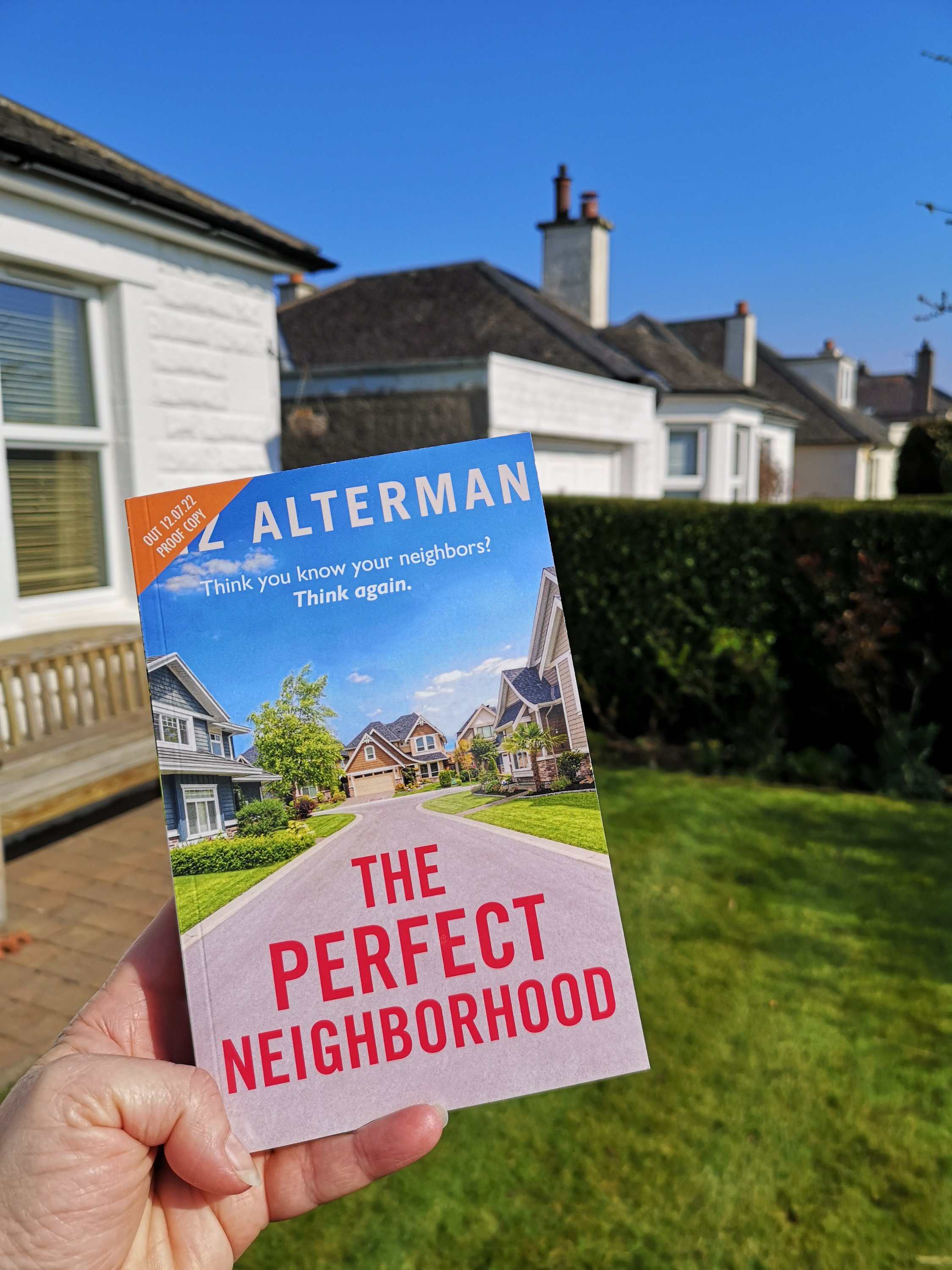