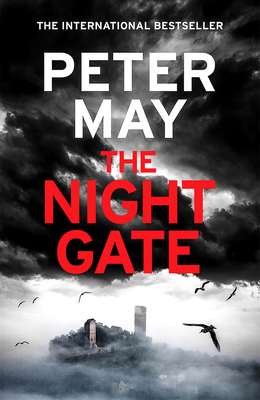 The salon was arranged with half a dozen chairs grouped around a blackboard on a tripod, two windows along one side giving out on to a view of the town below. Four young women, seated around a burly non-commissioned officer standing at the blackboard, turned curious heads in her direction as the door opened. The women gazed at her with unglazed interest. As the door closed behind her again, the NCO cocked his head to one side, a sarcastic smile playing around pale lips. ‘The late Miss Pig Nall, I take it.’ His sarcasm was very nearly lost in an almost unintelligible Geordie accent.As he accelerated noisily away, a young soldier who clearly didn’t relish being out in the rain emerged from a back door. Yellow electric light fell feebly from ground-floor windows to be snuffed out by even feebler daylight.Not if I see you first, Georgette thought.She followed the soldier out into a long hallway that ran the length of the building. She dripped rainwater on to its shiny floor and hurried through elaborately corniced archways, trying to keep up. He turned on to a broad staircase that took them then through several floors to a labyrinthine attic. At the end of a narrow corridor he stopped and opened a door into a tiny room with a sloping ceiling and small dormer window. ‘This is yours. Toilet’s at the other end of the hall. Briefing downstairs in fifteen minutes.’She glared at the driver. ‘You’re late.’‘You follow me, miss.’ And he turned abruptly back inside.
Born and raised in Scotland he lives in France.

Events that have led to both killings.
Tasked by the exiled General Charles de Gaulle to keep the world’s most famous painting out of Nazi hands after the fall of France in 1940, 28-year-old Georgette Pignal finds herself swept along by the tide of history. Following in the wake of Da Vinci’s Mona Lisa as it is moved from château to château by the Louvre, she finds herself just one step ahead of two German art experts sent to steal it for rival patrons – Hitler and Göring.
They rumbled through the deserted town, following the curve of the inner harbour, past feebly lit shop windows below a skyline broken by church spires. ‘Where is everybody?’ Georgette asked.
He was unmoved. ‘Fifteen minutes, miss.’ And he brushed past her to head back along the way they had come.
May had a successful career as a television writer, creator, and producer.
ABOUT THE AUTHOR
‘That’s you, love.’ He reached past her to push open the passenger door. ‘See you around.’