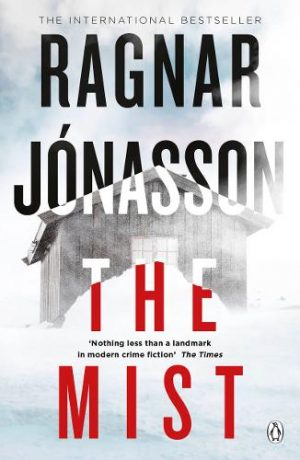 The Mist begins in early 1988 with Hulda in shock after a personal tragedy. She is barely coping when she gets a call to investigate a case that has just been reported. It involves a isolated farmhouse.
My thanks to Sriya of Penguin for the invitation to take part in the tour and for providing the copy to review.
MY THOUGHTSHulda’s story is told alongside and with the storyline left to the reader’s imagination, Hulda’s grief is palpable. She goes back to work to try to keep focussed but her mind isn’t properly on the job. As the story progresses and the reader becomes privy to other information, it takes things up another level.
ABOUT THE AUTHOR/TRANSLATORVictoria Cribb studied and worked in Iceland for many years. She has translated more than 25 novels from the Icelandic and, in 2017, she received the Orðstír honourary translation award for services to Icelandic literature.
I flew through this in a couple of days – it was one of those quiet absorbing crime reads that I was completely engrossed in. The real star of the show however was the Icelandic location – it was so vividly described I could feel the cold and imagine the snowdrifts outside the door.
The good thing about not having yet read book 2 is that I can now follow Hulda’s story to its conclusion.  Whether you decide to read the books in the order they were published or start with this one, you are in for a cracker of a series.

Translator: Victoria Cribb
Published by Michael Joseph/Penguin Books
Available in ebook, audio, hardback, paperback (12 November 2020)
300 pages
Source: Copy received for review from publisher
1987. An isolated farm house in the east of Iceland.
The snowstorm should have shut everybody out. But it didn’t.
I must give a nod to the translation here which was excellent.  The narrative flowed seamlessly and there wasn’t one moment when I realised I was reading a translated book.
Ragnar Jónasson is an international number one bestselling author who has sold over two million books in thirty-two countries worldwide. He was born in Reykjavík, Iceland, where he also works as an investment banker and teaches copyright law at Reykjavík University.
An unexpected guest, a liar, a killer. Not all will survive the night. And Detective Hulda will be haunted forever . . .
The couple should never have let him in. But they did.
The story then rewinds to just before Christmas 1987 with Hulda making preparations for Christmas with her family whilst a couple in an isolated farmhouse are doing the same for themselves and their daughter.  It’s a snowy stormy night and a stranger knocks at the door and says that he has lost his friends and doesn’t know where he is.  Being hospitable people, they take him in and you just have that feeling of foreboding.

He has previously worked on radio and television, including as a TV news reporter for the Icelandic National Broadcasting Service, and, from the age of seventeen, has translated fourteen of Agatha Christie’s novels. His critically acclaimed international bestseller The Darkness is soon to be a major TV series.

Bleak, haunting and atmospheric – this story drew me in from the start.  The couple in question, Erla and her husband Einar live a quiet life. She hates the isolation of the farm and would much rather live in the city, but it has been in her husbands family for generations and he will never leave.  Compounding the natural isolation of the location is the savage weather which seems to be against them, with no way to call for help, you feel the helplessness of their situation.

Author Links:
Website | Twitter | Goodreads
The Mist is the final book in the Hidden Iceland trilogy featuring detective Hulda Hermannsdottir. I read the first book The Darkness (which was actually the last one – these have been published in reverse order), and although I have a copy of the second, The Island, I haven’t yet caught up with it. No matter. The Mist is the book that introduces Hulda so if you haven’t read this series before, this is an ideal place to start.