The bestselling author of Labor Day returns with a spellbinding novel about friendship, family secrets, and the strange twists of fate that shape our lives. 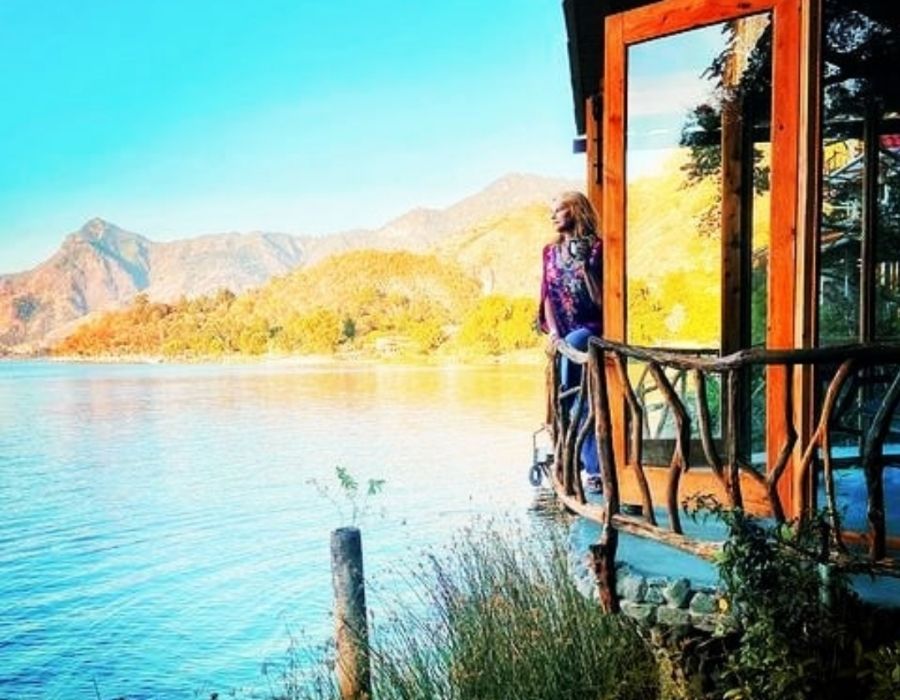 Moving from rural New Hampshire to a remote island in British Columbia to the ’70s Boston art-school scene, The Good Daughters is an unforgettable story about the ties of home and family, the devastating force of love, the healing power of forgiveness, and the desire to know who we are.

Told in the alternating voices of Ruth and Dana, The Good Daughters follows these “birthday sisters” as they make their way from the 1950s to the present. Master storyteller Joyce Maynard chronicles the unlikely ways the two women’s lives parallel and intersect—from childhood and adolescence to first loves, first sex, marriage, and parenthood; from the deaths of parents to divorce, the loss of home, and the loss of a beloved partner—until past secrets and forgotten memories unexpectedly come to light, forcing them to reevaluate themselves and each other.

Joyce’s beautiful writing perfectly sets the scene, and what follows is a pacy and tightly woven tale that follows ‘birthday sisters’ Ruth Plank and Dana Dickenson from childhood to middle age set against a moving, earthy landscape from rural New Hampshire to British Columbia and Boston. With an intriguing plot, likeable characters and a passionate narrative told in the alternating voices of Ruth and Dana, there was so much I adored about the book. Rich with the heartaches and rejections and frailties and failings of two very different families, a perfectly placed plot, exquisite writing and a subtle undercurrent that lingers throughout the narrative, The Good Daughters is an unputdownable and imaginative story that deftly depicts both the meaning and complexities of family and the dark danger of well-kept secrets. Joyce Maynard became one of my go-to writers when I was living in LA. For while I read Labour Day many, many moons ago, it was while I was living in the states that I read Under the Influence and The Best of Us – both of which I loved. I’ve since gone on to read most of her books, but am hesitant to devour her entire back catalogue too quickly, as it then would mean I’d have nothing left of hers to read. Getting to meet Joyce in the flesh when I attended her memoir writing retreat on Lake Atitlan will forever be one of the most memorable experiences of my life, and whenever I read her books, I love to imagine her writing at her home overlooking the lake, a place where I also wrote; and a place I hope I will do again. Gertrude & Alice, my local bookshop in Bondi, know of my love for Joyce, and so ordered a selection of her books in – and when I saw one of them was The Good Daughters – one I’d not yet read, I swiftly bought myself a copy.
Buy The Good Daughters from Bookshop.org, Book Depository or Waterstones.
Different in nearly every way, Ruth and Dana share a need to make sense of who they are and to find their places in a world in which neither has ever truly felt she belonged. They also share a love for Dana’s wild and beautiful older brother, Ray, who will leave an indelible mark on both their hearts.
They were born on the same day, in the same small New Hampshire hospital, into families that could hardly have been less alike.
This post contains affiliate links, which means I receive a small commission, at no extra cost to you, if you make a purchase using this link. 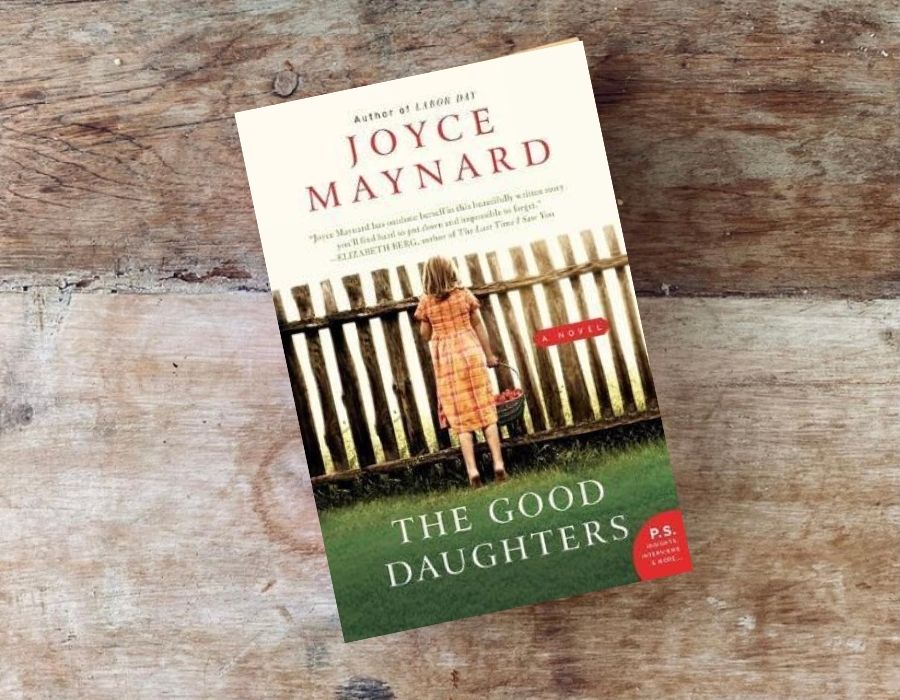 I can’t quite put my finger on what it is I love about Joyce’s books so much, but suffice it to say; love them I do, and the second I started The Good Daughters, I knew it would be a struggle to put it down.

Dana Dickerson is a scientist and realist whose faith is firmly planted in the natural world. Raised by a pair of capricious drifters who waste their lives on failed dreams, she longs for stability and rootedness.

Ruth Plank is an artist and a romantic with a rich, passionate, imaginative life. The last of five girls born to a gentle, caring farmer and his stolid wife, she yearns to soar beyond the confines of the land that has been her family’s birthright for generations.
An evocative, layered and poetic tale, the story starts on the night of a hurricane, with the wind blowing across the fields of the farm on which much of the novel is set; crows circling the barn and the sky outside darkening.
Joyce Maynard first came to national attention with the publication of her New York Times cover story “An Eighteen-Year-Old Looks Back on Life” in 1973, when she was a freshman at Yale. Since then, she has been a reporter and columnist for The New York Times, a syndicated newspaper columnist whose “Domestic Affairs” column appeared in more than fifty papers nationwide, a regular contributor to NPR. Her writing has also been published in national magazines, including O, The Oprah Magazine; Newsweek; The New York Times Magazine; Forbes; Salon; San Francisco Magazine, USA Weekly; and many more. She has appeared on Good Morning America, The Today Show, CNN, Hardball with Chris Matthews, Charlie Rose, and on Fresh Air. Essays of hers appear in numerous collections. She has been a fellow at Yaddo, UCross, and The MacDowell Colony, where she wrote her most recently published novel, Labor Day.