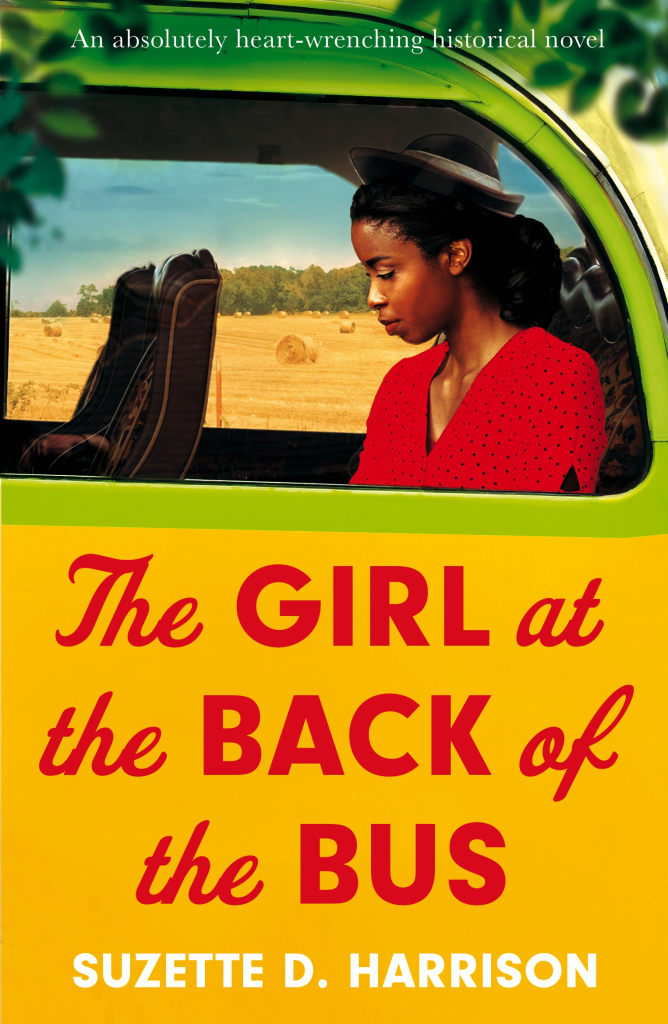 Amazon: http://bit.ly/3aamDvB
For readers of The Help, Orphan Train and Before We Were Yours comes a beautiful and heartbreaking novel about redemption, family secrets and the spirit of survival found at the hardest time.
Suzette D. Harrison, a native Californian and the middle of three daughters, grew up in a home where reading was required, not requested. Her literary “career” began in junior high school with the publishing of her poetry. While Suzette pays homage to Alex Haley, Gloria Naylor, Alice Walker, Langston Hughes, and Toni Morrison as legends who inspired her creativity, it was Dr. Maya Angelou’s I Know Why the Caged Bird Sings that unleashed her writing. The award-winning author of Taffy is a wife and mother of two teens, and she holds a culinary degree in pastry and baking. Mrs. Harrison is currently cooking up her next novel…in between batches of cupcakes.
The Girl at the Back of the Bus is such a compelling book. In it, we read about the lives of two black women. In 1955, the famous actions of Rosa Parks have a profound effect on young Mattie Banks. Seeing her courage in standing up to injustice gives Mattie the courage to stand up for herself. In the present day, Mattie’s granddaughter Ashlee is finding that being a black woman still brings challenges and injustices. When she hears that her beloved grandmother is dying, she immediately goes home to spend time with this woman whose wisdom has guided her so much throughout the years. But Mattie has been keeping some secrets from Ashlee and she wants her to know the truth before she dies.

Atlanta, Georgia, present day
Ashlee Turner is going home. Her relationship in ruins, her career held back by prejudice, she is returning to the family who have always been her rock. But Ashlee’s home is not the safe haven she remembers. Her beloved grandmother is dying and is determined to share her story before she leaves…
Google: http://bit.ly/36mcFFF
Apple: http://apple.co/38s1Fcw
https://www.sdhbooks.com/
https://www.facebook.com/sdhbooks
https://www.instagram.com/suzetteharrison2200/
https://twitter.com/SdhBooks
From the back of the book
When Ashlee finds a stack of yellowing letters hidden in her nana’s closet, she can’t help the curiosity that compels her to read, and she uncovers an old secret that could wreak havoc on her already grieving family. As she tries to make sense of what she has learned, Ashlee faces a devastating choice: to protect her loved ones from the revelations, or honor her grandmother’s wishes and follow the path to the truth, no matter where it may lead.
Montgomery, Alabama, 1955
On a cold December evening, Mattie Banks packs a suitcase and leaves her family home. Sixteen years old and pregnant, she has already made the mistake that will ruin her life and disgrace her widowed mother. Boarding the 2857 bus, she sits with her case on her lap, hoping that the driver will take her away from disaster. Instead, Mattie witnesses an act of bravery by a woman named Rosa Parks that changes everything. But as Mattie strives to turn her life around, the dangers that first led her to run are never far away. Forging a new life in a harsh world at constant risk of exposure, Mattie will need to fight to keep her baby safe.

I’m pleased to be taking part in the #BooksOnTour for The Girl at the Back of the Bus. Thanks to Sarah at Bookouture for the invitation to take part and for the review copy of the book from Netgalley. The book is available from today- you’ll find buying links at the end of this post.I so enjoyed this book and in particular the way the women’s lives had so much in common, despite the years between them. I was outraged on behalf of Mattie so many times at the injustice and prejudice she had to face. Yet I was so impressed by her calm and dignified manner and her bravery. Although I wasn’t initially so keen on Ashlee, she grew on me particularly with the love she showed to her grandmother. Love was what really stood out for me in this book. The love Mattie had for her child, the love she shared with her husband which led to some particularly poignant scenes later in the book, the love between Mattie and Ashlee. I won’t be able to hear the beautiful song ‘Chances Are’ by Johnny Mathis again without thinking of Mattie and her husband. I’ve put the link below in case you’d like to listen to it.
Buying Links
The Girl at the Back of the Bus is a very moving read and one that will make you reflect on racist attitudes throughout the years which, sadly, we know all too well are still prevalent today. The strength and support from family and friends are conveyed so well in this book. Even though it’s a very emotional read at times, there are also some lighter, funny moments and it’s definitely a book that will leave you feeling uplifted. The Girl at the Back of the Bus is a beautiful story of courage, respect and above all love.
“I watched in awe as Miz Rosa stopped those men on the bus with her clear, calm “no” and I thought about that word. What if I said no? What if I refused to follow the path these White folks wanted for us? What if I kept this precious baby?
Kobo: http://bit.ly/3eLh1dl
About the Author 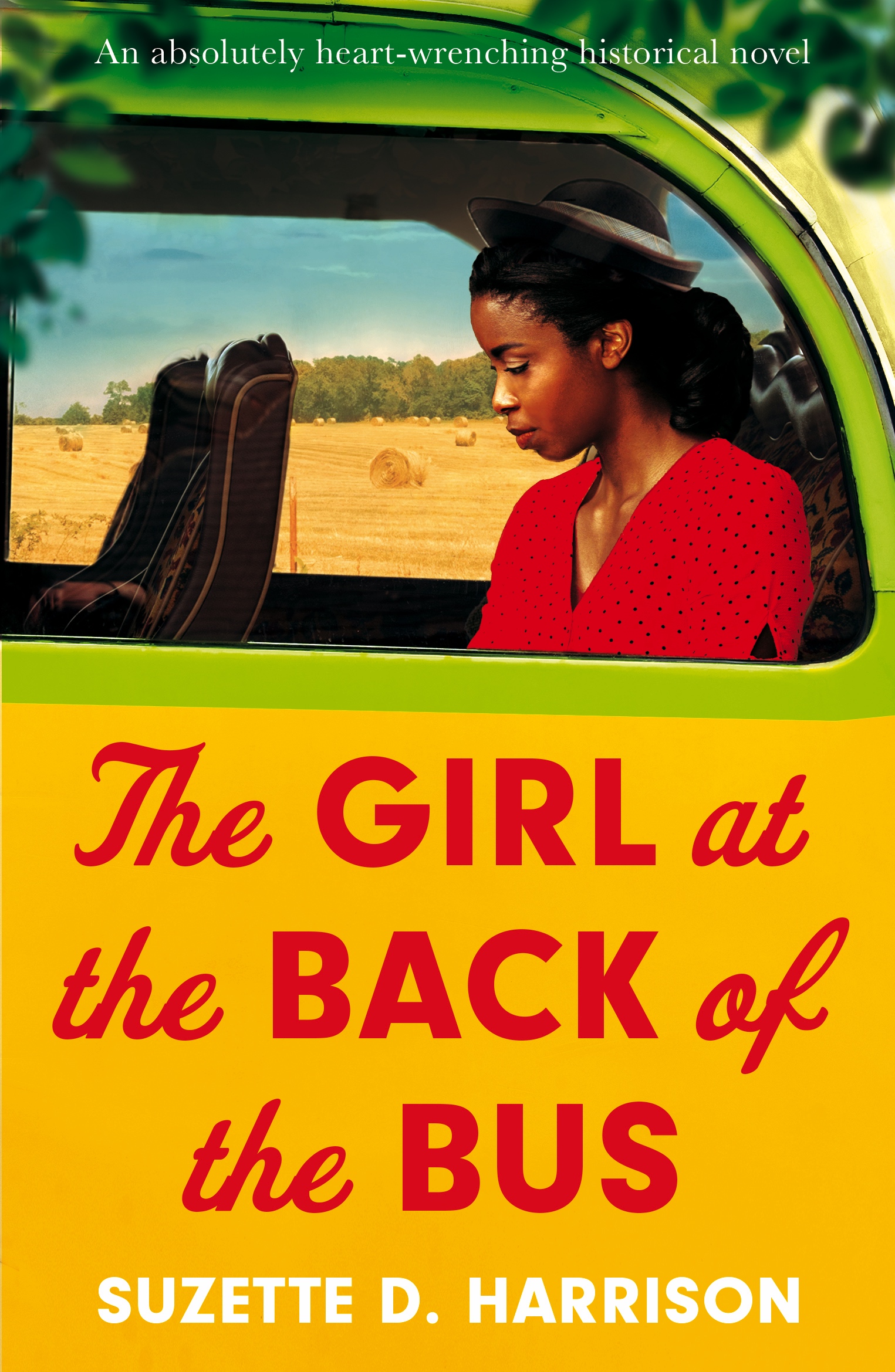 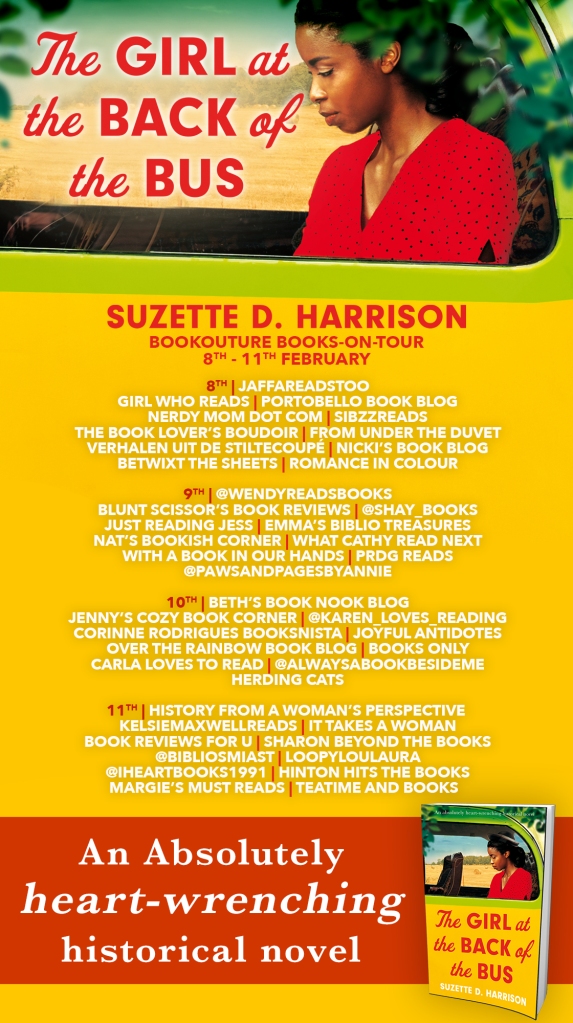