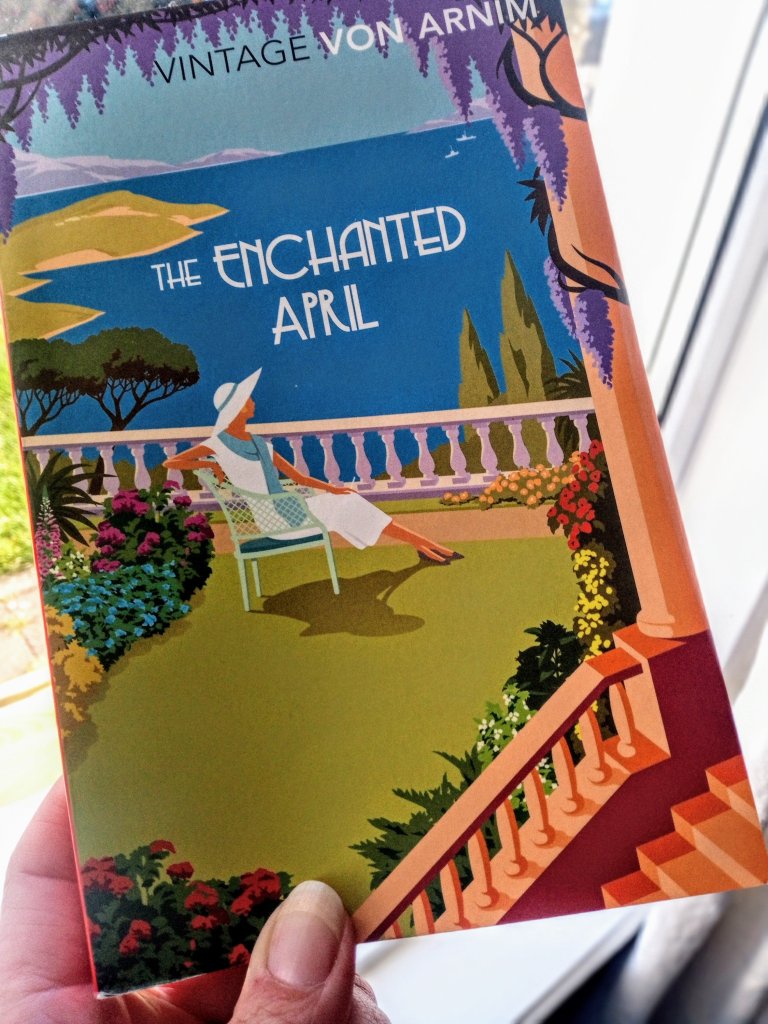 I so enjoyed following these ladies on their adventure. For Mrs Wilkins and Mrs Arbuthnot, this was an opportunity to have a break from their mundane, though privileged, lives and their disappointing marriages. Lady Caroline was looking forward to the chance not to be fawned over by lovesick men and to be honest, I’m not really sure what Mrs Fisher’s reason for going was. These ladies all had rather different expectations of each other and how they wished to spend their month in Italy. It was amusing reading about how the societal norms and expectations were gradually, and sometimes reluctantly, set aside. The beauty of their surroundings and the warmth of the Italian sun saw all the women mellow and relax. This is a gentle story and has an air of elegance of a bygone era about it. Although it’s almost 100 years since it was first printed, it’s as fresh, witty and engaging a story as ever.
About the Author
From the back of the book
I’ve read quite a few books set in Italy recently (and watched the new Liam Neeson film Made In Italy) and all these have made me very keen to visit Italy again when it’s safe to do so and restrictions allow. I have discovered that there is a film version of The Enchanted April so I am planning on watching that soon and imagining myself reclining in the grounds of a beautiful Italian castello, sipping a gin and watching the glittering sea below…
The Enchanted April is available in all formats. My own copy, as pictured above, is published by Vintage (a Penguin imprint). If your local bookshop has recently reopened or is offering click and collect, please treat yourself to a copy from there. Alternatively, you’ll find buying options for various retailers on the Penguin website here: The Enchanted April
The Enchanted April is about four very different women who respond to an advert in The Times addressed to ‘those who appreciate wistaria and sunshine.’ A small mediaeval Italian castle is available to let for the month of April. Mrs Wilkins and Mrs Arbuthnot happen to be in the same London club when they both read the advert. Despite not knowing each other, they make a plan to take up the offer and, in order to share the costs, are joined by two other ladies: the young and beautiful Lady Caroline and the somewhat over-bearing Mrs Fisher.
I first came across The Enchanted April when I read about it on Janet Emson’s excellent blog From First Page to Last. She has a regular feature called Under the Reader’s Radar where she invites people to recommend a ‘quiet novel’ which may have escaped readers’ attention amidst all the thousands of books which are published each year. The Enchanted April was suggested by author Sharon Bolton (read her recommendation here) and I remember at the time seeing many people say how wonderful the book was. So I bought myself a copy, then have to confess it has sat on my bookshelves for quite some time (three years!). Actually, it has been on a bit of a holiday itself as several of my neighbours have borrowed it and all have loved it. So I was determined that this April was finally going to be when I read it!
Elizabeth von Arnim was born on 31 August 1866 in Australia. She was cousin to the writer Katherine Mansfield. In 1890 she married her first husband, Count Henning August von Arnim-Schlagenthin, a Prussian aristocrat, with whom she had five children. Elizabeth and her German Garden, published anonymously in 1898, was a barely fictionalised account of Elizabeth’s life and the creation of her garden at the family home of Nassenheide in Pomerania, where Hugh Walpole and E. M. Forster were tutors to her children. Its instant success was followed by many more novels, including Vera (1921) and The Enchanted April (1922), and another almost-autobiography, All the Dogs of My Life (1936). She separated from Count von Arnim in 1908, and after his death two years later she built a house in Switzerland, marrying John Francis Stanley Russell in 1916. This marriage also ended in separation in 1919 when Elizabeth moved to America, where she died on 9 February 1941, aged 74.
Mrs Wilkins and Mrs Arbuthnot, cowed and neglected by their husbands, make a daring plan: they will have a holiday. Leaving a drab and rainy London one April and arriving on the shores of the Mediterranean, they discover a flower-filled paradise of beauty, warmth and leisure. Joined by the beautiful Lady Caroline and domineering Mrs Fisher, also in flight from the burdens of their daily lives, the four women proceed to transform themselves and their prospects. 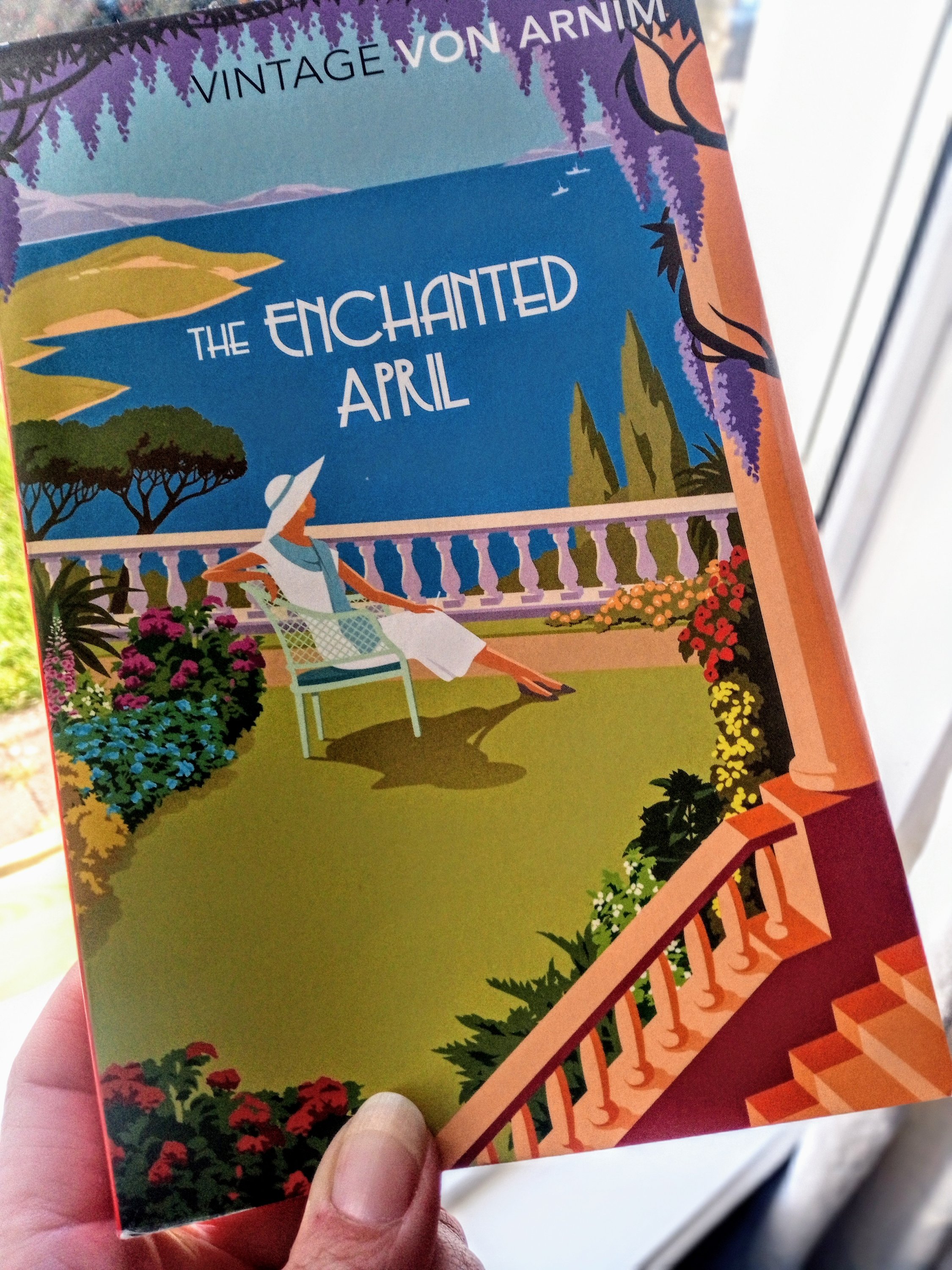