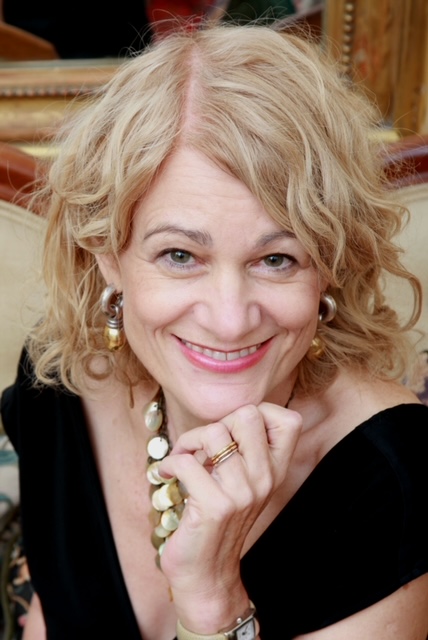 Perhaps it was a combination of writing shorter pieces for the newspapers and my increasing interest in the compressed form of the short story that made me think again about all the ideas I had ready in a box file. During a hard time, when my husband of forty years was behaving very strangely and unpleasantly, I took out the file and out flew the story ideas like, oh, I don’t know, looking back almost like good fairies and took my mind to remarkable places. I wrote more and more, and what a joy it was, each story setting up a scene, something recognisable, then suddenly an injection of the uncanny and extraordinary turned them into the fiction I wanted to read, and as far as I know didn’t exist. Jane Thynne the novelist wrote ‘So original and exquisitely drawn, Sally Emerson’s stories are full of gripping twists and astute insights into emotional dilemmas. They’re uncanny, and quite unlike anything else you’ll read.’
I came up with the title because ‘Perfect’ is one of the catchiest stories of the collection, about a woman who clones her husband without his permission, attempting to create the perfect child. And the subtitle, ‘Stories of the Impossible’ is to warn people this collection will be not be what they might expert, anymore than the people in my stories expect the strange events which happen in their lives (a clerk in a register office is sent death certificates dated in the future, for instance, and steels herself to try and save the victims, but time begins to run out).
If I were on Desert Island Discs I would take the collected works of Dickens if they would all fit into one book, which they wouldn’t. Dickens writes with such gusto and merriment and vigour that I couldn’t be bored. I would be able to people the desert island with all his vivid and diverse and often comic characters. Why, and there would be Mr Micawber, over by that palm tree, announcing ‘something will turn up’. And oh look, that must be Betsey Trotwood, David Copperfield’s outrageous aunt, and with her force field in the vicinity all would be well, and she would effectively chase away any unwanted wild life.
Since then I’ve compiled three anthologies, the first about grieving and remembering those who have died, ‘In Loving Memory’ which has brought great solace. The other two, Be Mine’ and ‘New Life’ are about love and the pains and pleasures of babies and young children.
Joining me today is author Sally Emerson. Her latest book is a collection of short stories and it’s called Perfect. Perfect published by Quadrant Books and available now in paperback and ebook. Sally has answered my author in the spotlight questions so read on to find out more about her and her books.
If I were any character in any book I would be Scarlett O’Hara in ‘Gone with the Wind’ because she was the first person I longed to be. I liked her because she was resilient, beautiful, she never gave in, she grabbed life and responded to whatever hardship she faced with courage, if also a certain ruthlessness. There was no way I wanted to be Melanie Wilkes, all sweet and wet. I wanted heroines and I wanted to be a heroine in my own life. I wanted to think there was nothing I couldn’t do, even sleeping in a room of bats. Shudder. Never again though.

As for describing ‘Perfect, Stories of the Impossible’ in a nutshell, well it’s hard, though Amanda Craig called them ‘really creepy and good – hard-edged suspense and pared down prose, like a feminist Roald Dahl’ which is good description.
Right now I am reading ‘Super-Infinite’, the transformations of John Donne by Katherine Rundell and loving it.
Hmm. What one book would I recommend to a friend? Well, once I recommended ‘Labyrinths’ by Borges to a friend and he sent me a postcard afterwards with the words “Borges is God!’ so that went down very well.
What book would I like to see made into a film? ‘Fire Child’ would translate into a powerful film, with its Lolita-like heroine destroying male predators, and the almost demonic, arsonist, Mark planning their political rise.

I write because I can’t help it. It is what keeps me centred. All the fraying bits of my being come together when I write and before I know it there’s a tapestry in front of me, or in the case of my new collection of short stories, seven tapestries.

I have a work in progress but I don’t feel it is lucky to talk about it. Once I talk about an idea I lose interest in it. It no longer feels like mine. I like my ideas secret, locked in boxes, ready to spring out when I need them.

I wrote my first novel ‘Second Sight’, a coming of age novel with a difference, just after leaving university while editing the literary magazine ‘Books and Bookmen’ I’d worked on before university. What a time that was. I met Jorge Luis Borges, the great Argentinian short story whose work dazzled me and influenced the collection, ‘Perfect’, I am publishing now. ‘Second Sight’ was a critical and commercial success and suddenly my dream had come true. Since then I’ve published five more novels including my favourite, the third novel, ‘Fire Child’ with a dangerous duo, a boy and a girl, who write their diaries but don’t meet for some while. But they do meet, the girl who can make any man love her, and the boy who likes to burn things, and they fall in love. Various novels were optioned for films, and I wrote the film script for ‘Fire Child’ and the later ‘Heat’.

I can be followed on facebook (@sallyemerson8), twitter (@sallyemerson8) and instagram (sallyceris).
At the same time I was a travel writer for the Sunday Times and the Times as the problem with writing books is that you live an imaginary life rather than a real one. It was good to voyage to Antarctica, to the Galapagos, to Guyana (where I slept with bats, shudder), Borneo, all over Africa, to see the glories of this planet for myself. 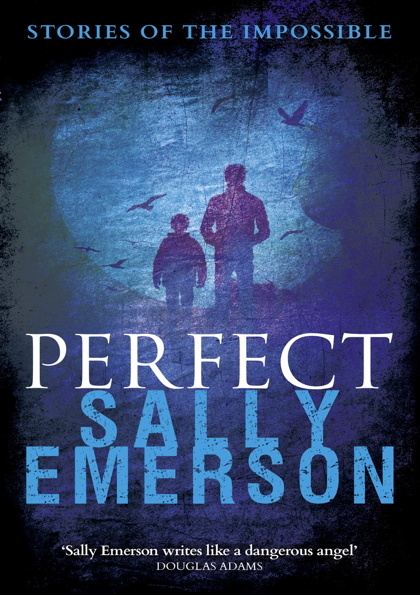