mybook.to/CosyCottageEB
The first book in the seven strong series, The Little Café in Copenhagen, was shortlisted for a Romantic Novel of the Year Award.
https://www.facebook.com/JulieCaplinAuthor/
Nestled amongst rolling green hills and breath-taking countryside, the cookery school throws Hannah and Conor together – for better or worse.
These trips have provided the inspiration and settings for her Romantic Escapes series which have been translated into fifteen different languages.
The author has created some lovely characters, both those running the cookery classes and those attending them. Instantly likeable. All have intriguing stories of their own which slowly come to light and the banter between them was fun. And the food descriptions! I think I put on half a stone just reading this book!! From pies to bread, from soups to patisserie, I think I was salivating through each chapter!
Twitter – @JulieCaplin
About the book
Instagram @juliecaplinauthor
This is a gorgeously romantic tale and Conor sounded so good-looking. After their initial attraction, things are a bit more subdued. Partly due to Hannah’s embarrassment and partly because Conor has a rule not to get involved with guests, it seems that the romance may fizzle out. But there is such a spark between them, that it may be hard to resist…
Snuggle up in your favourite armchair and take a trip across the Irish sea for comfort food, cosy cottage nights and a heartwarming romance…
Hannah is a lawyer who is taking some time out from her hectic life and attending a six week course at the Killorgally Cookery School in County Kerry. Her first night in Ireland is in Dublin where she uncharacteristically has a very memorable one night stand. After sneaking out in the morning, Hannah is horrified to find that the man she slept with, Conor, is the son of the owner of the cookery school she is attending. Even worse, he’s actually quite a famous celebrity chef in Ireland, the Irish equivalent of Jamie Oliver. Hannah didn’t recognise him and hadn’t even heard of him as she’s never really been into cooking. It was hilarious reading about her reaction and those of the people who did know him: “that’ll bring the boy down a peg or two!”.

Talented lawyer Hannah Campbell is after a change in her workaholic Manchester life – so on an uncharacteristic whim she books herself a place at the world-renowned Killorgally Cookery School in Country Kerry. But on her first night in Ireland, sampling the delights of Dublin, Hannah can’t resist falling for the charms of handsome stranger Conor. It’s only when Hannah arrives at her postcard-pretty home at Killorgally for the next six weeks that she discovers what happens in Dublin doesn’t quite stay in Dublin …Julie Caplin, formerly a PR director, swanned around Europe for many years taking top food and drink writers on press trips (junkets) sampling the gastronomic delights of various cities in Italy, France, Belgium, Spain, Copenhagen and Switzerland. It was a tough job but someone had to do it.
About the Author
Buying Link
The Cosy Cottage in Ireland is the eighth in Julie Caplin’s Romantic Escapes series and I don’t know how I missed reading the others. There’s not a connection between them though, other than all being set in lovely places. Ireland may not be as far-flung as some of the other places – Brooklyn, Copenhagen, Tokyo for example – but it’s no less an enjoyable Romantic Escape.
A Cosy Cottage in Ireland is such an uplifting read, romantic, heart-warming and giving a real taste of Ireland and its food. I really enjoyed visiting the cookery school in Kerry – somewhere I’d really love to visit – and finished the book with a satisfied smile and, yes, a cosy feeling inside.
Social Media Links 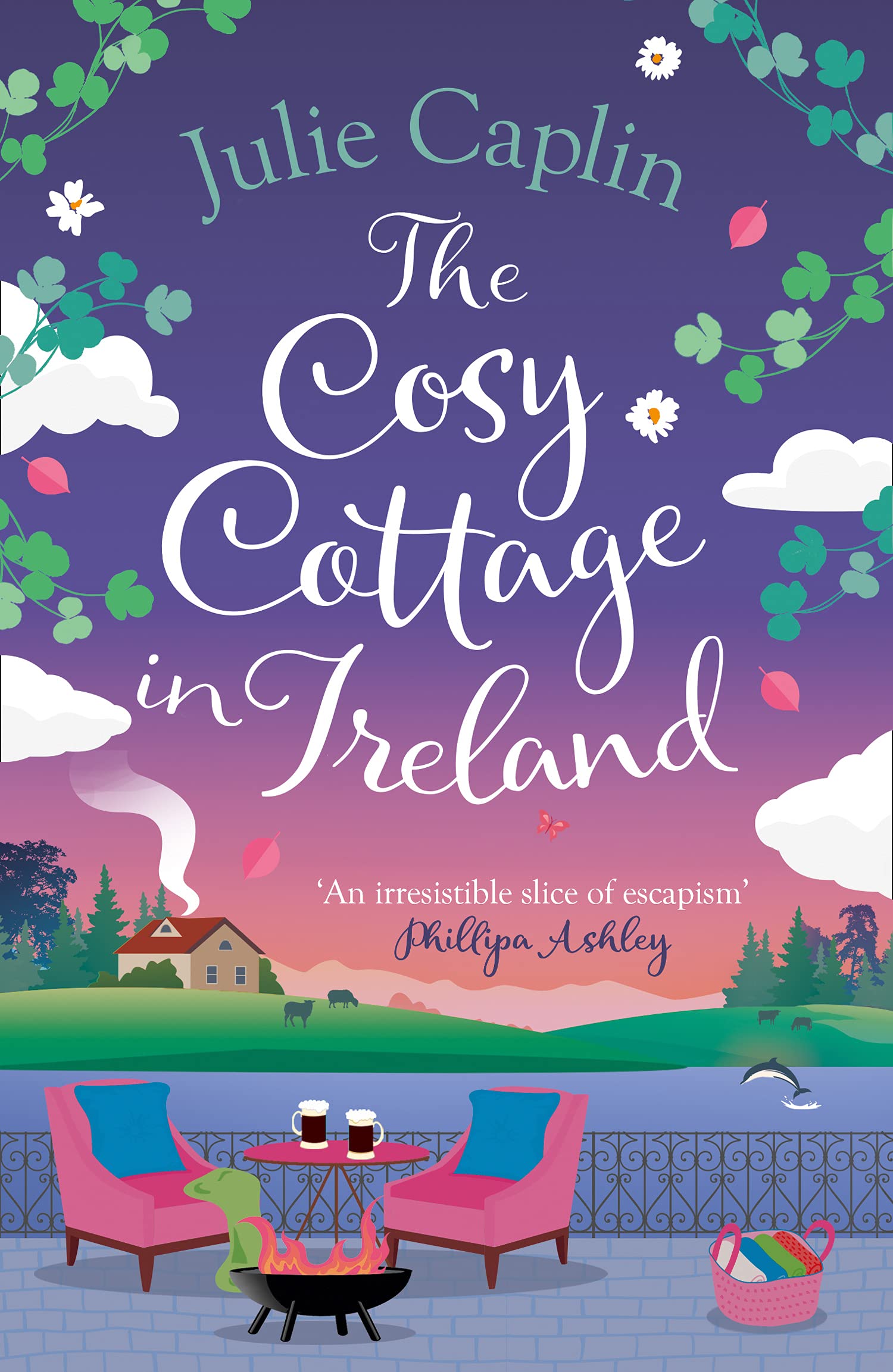