BOTH Press has had many heart-warming responses of how the books have impacted their lives.
There needs to be a choice for people to read for pleasure, where there are books designed to be friendly to them and are not dumbed down, are high quality and enjoyable fiction, which people can chat and socialise about with friends and family.
THE LION AT BAY
Awnings of slatted wood protruding from mud brick facades, some mere frames hung with tattered canvas, spoke to the square’s use in the past. Nothing moved in the silver-shot gloom. No lepers seeking shelter. No street corner fences hawking stolen wares; no strumpets on the prowl or pimps looking for fresh meat; no dagger-men lounging in the shadows, seeking to hire themselves out for a dishonest night’s work. Only a soft dry breeze reeking of dust and antiquity. In its rustle, the fellow heard the stamp of feet and the panted curses of his pursuers.
Scott Oden is a bestselling author of historical fantasy and sword-and-sorcery. Since his debut in 2005, his books have received starred reviews from Publishers Weekly and Booklist; he has been an Amazon Editor’s Pick and has been nominated for a Gemmell Award. Scott lives in the foothills of the Appalachians with his lovely wife, Shannon, and a variety of dogs — all of them neurotic and prone to dancing like no one’s watching.
There are very few initiatives for reading for pleasure for adults. The eight titles BOTH Press has already published are the only readily available dyslexic friendly fiction for adults in the UK and can be found in libraries and any bookshop. The scale of accessibility is not nearly enough, as around 10% of the UK population deal with some form of dyslexia.
About the book
“Many individuals who have told us their stories do not want to be mentioned due to fear of stigma about their struggle to read. For example a man in his 50s is Scotland had not read a book since he was a child. His partner found us and bought him one of our titles. He read it. Then called us up to order another. He was so happy to actually read. In fact the partner wrote us a letter explaining how much of difference it is making and then ordered the four more for a Christmas present.”
About the Author
Further information is available at:
I’m pleased to be sharing an extract from The White Lion by Scott Oden with you today. The White Lion is published in a dyslexia friendly format by BOTH Press. You can read more about the aims of BOTH Press below.
Dr Alistair Sims said:
The line-up is full of many front-list authors such as Gareth Powell, J.M Alvey (aka Juliet Mckenna), Scott Oden, Snorri Krisjanason, and James Bennett.
BOTH aim to raise £16,000 to publish eight titles. Though looking to the future, they will need more than £20,000 a year to keep publishing eight titles regularly. All funds go toward the book production/ life cycle to make them readily available. The bookshop Books on the Hill and their manager Alistair Sims, who created BOTH Press, receives no profits from the project.
Peter James will also be doing an introduction for the 2022 collection.
Dyslexic friendly fiction for adults by BOTH Press
“It is frustrating that we now have children’s books in dyslexic friendly formats. As adults we apparently do not require books in the same form.”
Despite Jay Blades’s (the Presenter of ‘Repair Shop’) unique telling of his own learning to read on the documentary ‘Learning To Read At 51’, which the BBC recently aired. There are still few or no resources for adult dyslexia. A glance at Adult dyslexics charity websites and reading charity websites indicates there are few resources on reading fiction for pleasure for adults with dyslexia.
By the moon’s fulsome light, he descended rough-hewn steps until he emerged into a crude square where four crooked alleys met. The Piazza di Lazaretto, it was called – the Lepers Square – for here is where the afflicted stopped on their way to the leprosarium of the Order of St. Lazarus of Jerusalem. This evening, however, the place was deserted.
Darren Clarke, the director of Succeed with Dyslexia, said:
The dyslexic blogger Suzy Taylor who writes for Dyslexia Scotland, said:
Following their successful “Open Dyslexia” Kickstarter in 2021, which led to publishing eight dyslexic friendly fiction titles, BOTH Press is launching on June 7th 2022, their second Kickstarter “Open Dyslexia: the sequel” with more high-profile authors than ever before, lasting 30 days and finishing on the July 4th 2022
https://www.booksonthehill.co.uk/dyslexic-friendly-books-for-adults-/
The Kickstarter aims to publish eight more titles of high-quality fiction from bestselling authors: including household names such as Bernard Cornwell and Peter James.
In war-torn Acre, a different sort of battle is being fought as Tancred of Antioch, the White Lion, plays a desperate game of cat-and-mouse against those who would see the kingdom of Heaven in shambles. But, as armies inch ever closer, the question remains: who does the White Lion serve, Cairo or Jerusalem?
It was the soft scuff of booted feet that caused the man to whirl, one sinewy hand dropping to the hilt of his long knife. The sound of pursuit did not bode well in the tight warren of alleys that was at the heart of ancient Acre – sandwiched between the Venetian Quarter and what had once been the district of their ancestral enemies, the Genoans. But, the solitary man did not pause to see who it was who shadowed him. Not here; this no man’s land was not the place for confrontations. He spun and lengthened his stride.
“This books shop is doing incredible things and helping people to fall in love with reading again” [and] “I love the fact and the thought that has gone through on these [titles] with the spacing, the font, with the colour of the paper and the way that the book just flows.”
Extract from The White Lion 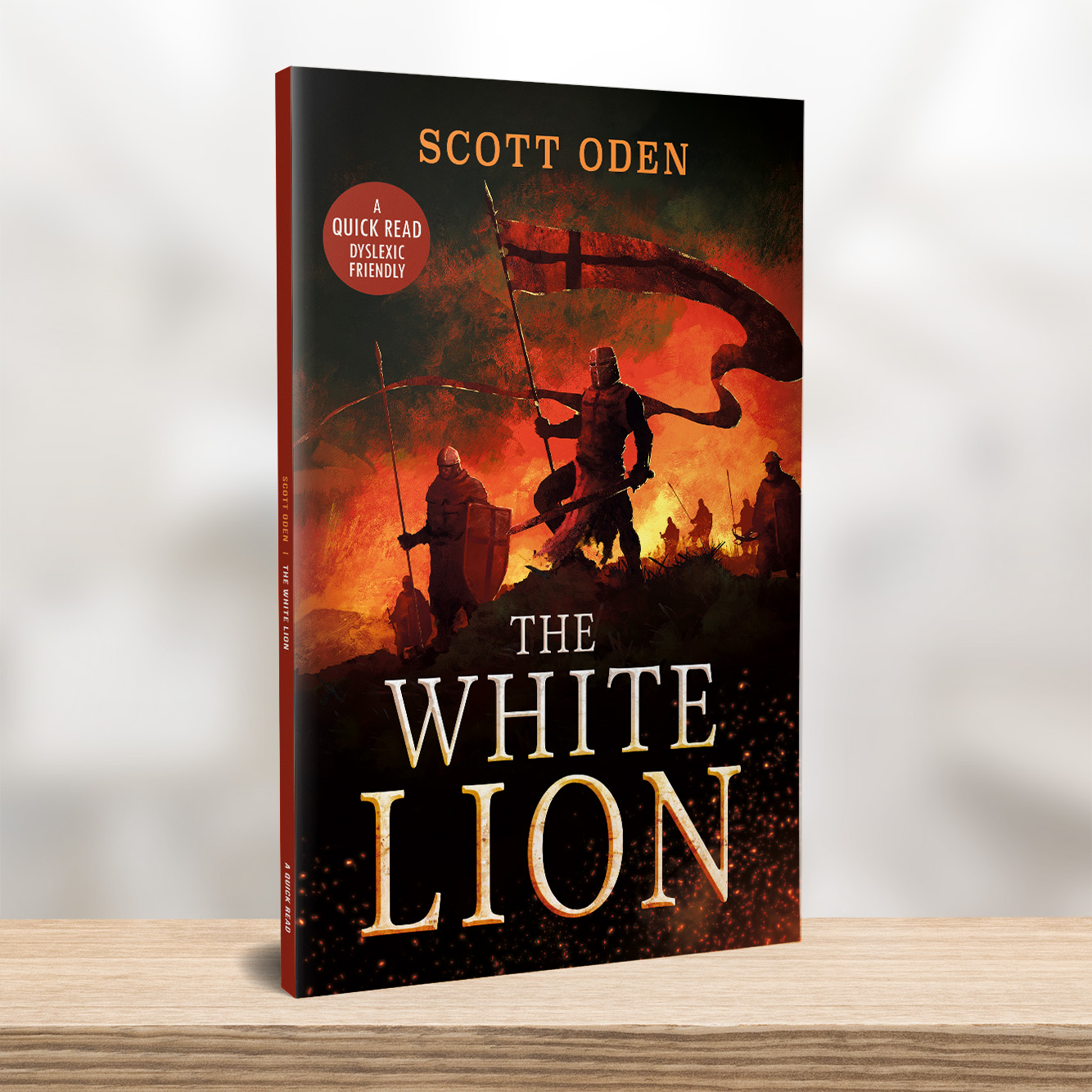 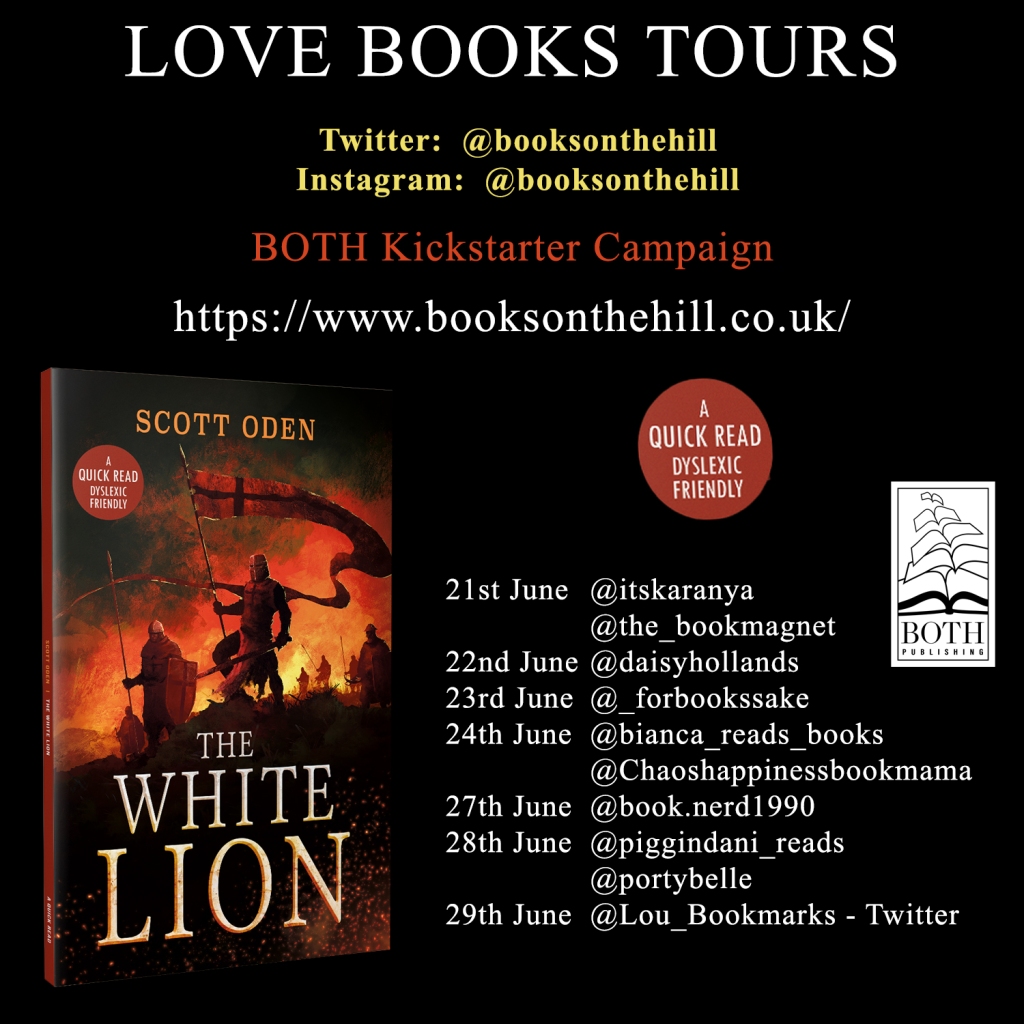