A professional engineer with forty years of international manufacturing experience, Fiona Erskine’s first graduate job was in the factory described in Phosphate Rocks. Born in Edinburgh, Fiona grew up riding motorbikes and jumping into cold water. After studying chemical engineering at university, she learned to weld, cast and machine with apprentices in Paisley. As a professional engineer she has worked and travelled internationally and is now based in the North East of England. Her first novel, The Chemical Detective, which was shortlisted for the Specsavers Debut Crime Novel Award 2020, was followed by The Chemical Reaction.
I’m delighted to be kicking off the blogtour for Fiona Erskine’s rather unusual crime novel Phosphate Rocks. The back of the book tells us that “During the demolition of a factory, a shocking discovery is made: a mummified corpse encased in a carapace of hardened dust – phosphate rock – surrounded by ten objects that provide tantalising clues as to its identity… “
I really liked the structure of the novel. From the tantalising opening chapters where we find out about the discovery of the body and meet the enigmatic John Gibson (based on a real foreman at the factory), I found this a fascinating story. Each chapter looks at one of the items surrounding the body and gives a bit background to where this item came from followed by more detailed information about a chemical or compound associated with the item. Equally fascinating were the stories about the characters associated with each of the ten items, all the more so since again they were often based on real people connected with the factory or area.
Phosphate Rocks is a quirky read blending science, history and crime in a novel with plenty intrigue and suspense. For all that there’s a lot of scientific information included, which is quite unusual in fiction, it’s never a dull read. This is a clever book, very entertaining and something that bit different in the crime genre.
About the Author
My thanks to Nicola at Sandstone Press for sending me a review copy of the book and inviting me to be part of the tour. Phosphate Rocks will be available in paperback and ebook formats and will be published on Thursday 17th June. Please support a local bookseller if you are able to. Otherwise you will find buying options for various retailers on the Sandstone website here: Phosphate Rocks
I know exactly the factory described in the book as I lived in Leith when I was growing up (I didn’t move far!) and so I was very intrigued to read this book. Although it’s quite different from most of the books I read, I found it a really compelling read.

The author states that a lot of the events mentioned throughout the book are based on real events which took place when she worked in the factory herself, although they have been fictionalised. Her knowledge and enthusiasm really brings the story to life. She obviously has a great fondness both for the character of John Gibson and the man himself. His gradual disclosure of what each object could reveal about the timing of the mystery person’s death had me wondering whether he knew more than he was letting on. 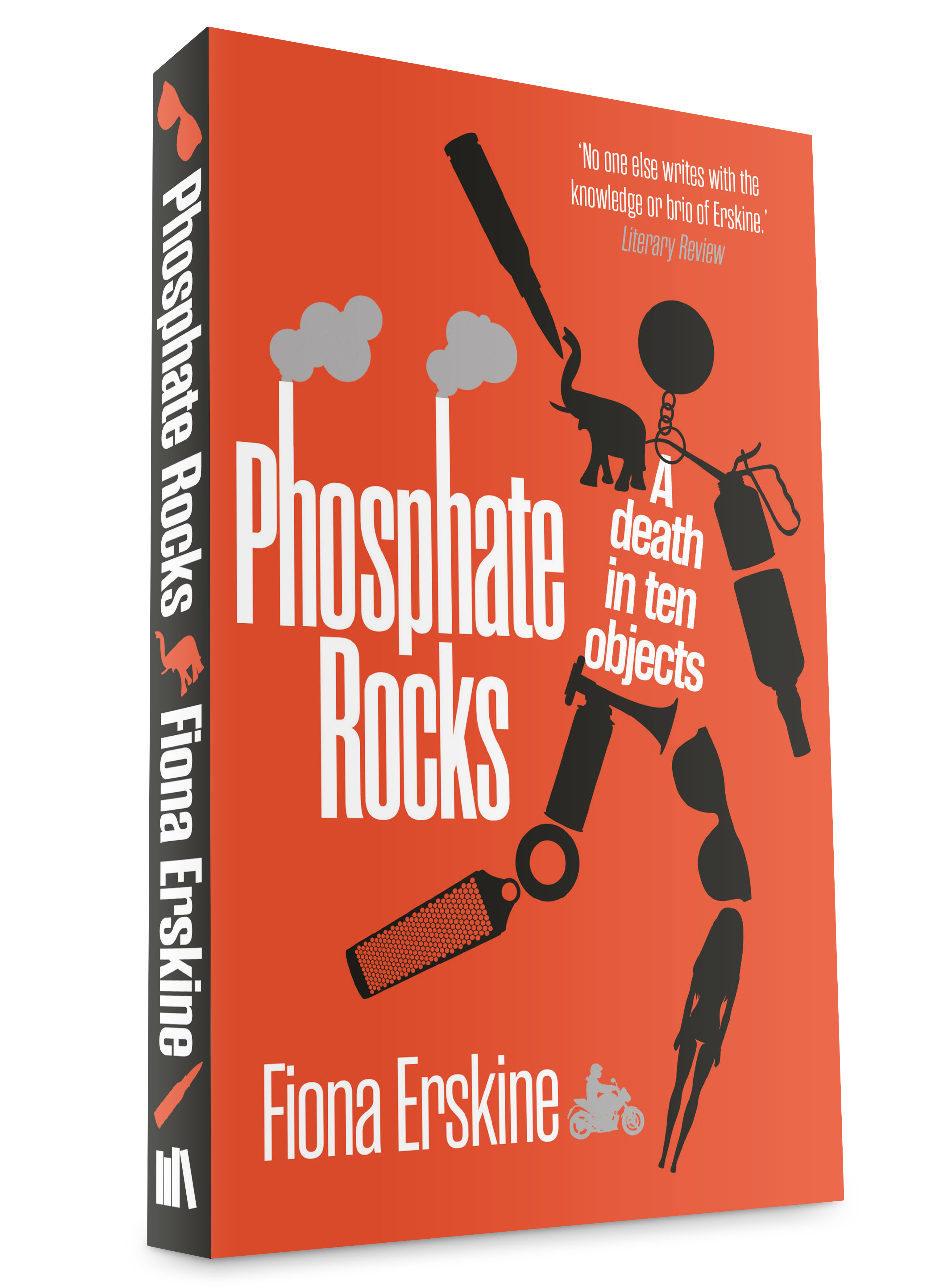