Something that somehow rarely comes up in interviews but that I’ve always felt played a huge part in me becoming a writer, was that I grew up without a TV until the age of about 11. This was in the 80s when basically every family had a telly, but for some reason my parents just never thought we needed one! As a result, I’ve been left with weird holes in my pop-culture knowledge but the huge positive benefit is that I read all the time as a child, and haven’t stopped since. I feel as though I absorbed books and stories straight into my DNA, and I think that becoming a writer has ultimately been born out of that.
3. Are you a plan, plan, plan writer or do you sit down and see where the words take you?
Philippa East is the author of Little White Lies. Her latest novel, Safe and Sound, is published by HQ on 18 February 2021.
Home can be the most dangerous place…
So how is it possible that her death has gone unnoticed for ten whole months?”
I still have my ‘day job’ right now, working part-time as a clinical psychological and therapist, which feels like a good balance with my writing. When I’m downing tools (psychological or literary!), the things I love to do are read (of course), watch TV (especially journalistic documentaries and true-crime series, because that’s where I get so many story ideas from), go for hikes around the Lincolnshire countryside where I live and… take naps! I also perform in an Americana folk duo on the local Lincolnshire music scene (lockdowns permitting!).
So how is it possible that her body has lain undiscovered for ten whole months?
Yes – how many round of edits there are! Both those you do yourself and those you do collaboratively with your editor. Whenever I think we’re done, we’re not! But that’s okay, because it means when the book finally goes out, it’s the very best it can be. And also, I’m ever-amazed at just what geniuses editors are! I mean, I know it’s their job, but it astounds me how they can every time see so clearly what a book needs to make it all click.
About the Book
I tend to describe myself as a ‘pantser’ with a ‘plotter’ inside trying to get out! I’m in the middle of book 3 right now, and I’m starting to see that my process is the same every time… I start off with my premise and I draft an outline (well, for Little White Lies I didn’t, but that was because I had no clue what I was doing then), I get my outline checked with my agent and editor, and then I write my first draft. Then I show that draft to my agent, and we conclude that… the whole thing isn’t working and I have to start all over again. So, despite all my planning, it seems I can never get it ‘right’ first time! It’s almost as though I have to write two different books for each finalised title. I wish it were different, but – so far – it isn’t! Saying that, these days I feel I have a much better sense of story structure, and the kind of shape and ‘beats’ a novel needs to have, so even if I have to massively re-work the storyline, I can still follow an overall framework, which means I’m not completely blundering in the dark!
1. Tell us a little about Safe and Sound.
Safe and Sound was inspired by the true-life case of Joyce Vincent, a woman in her thirties who died at home in North London in late 2003, and whose body was only discovered in 2006. In 2011, filmmaker Carol Morley made a docu-drama about Joyce’s life and death, based on interviews with those who had known her.
Jenn is the one who discovers the woman, along with the bailiffs. All indications suggest that the tenant – Sarah Jones – was pretty, charismatic and full of life.
4. Having been through the publishing process, is there anything about the process of creating a novel that surprised you?
5. What do you do when you aren’t writing? What do you do to relax and get away from it all?
I remember first watching this film (‘Dreams of a Life’) around 2013. Afterwards, I could not stop thinking about how many of her friends or previous co-workers had heard about the case of the ‘three-year-old body being found’ – and even knew that the name of the deceased woman matched that of their friend – but never once thought this forgotten woman was the vibrant Joyce they had known. I stayed moved and haunted by the film for years, and eventually admitted to myself that I need to explore this story in my own way too, through my own (fictionalised) writing.
2. What inspired the book? 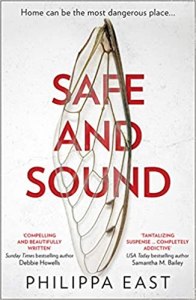