Follow him at: Facebook: https://www.facebook.com/profile.php?id=100048743922721
And in spite of the undoubted violence that had resulted in this tragic situation, Judd found himself reflecting on the still form before him, and his thoughts likened the girl to that of a smiling butterfly, captured in a moment of beauty just like a butterfly would be in a lepidopterist’s collection.
Detective Superintendent Ben Francis led the men along a tastefully decorated hallway, themed in various shades of lilac and lavender, including some very expensive looking abstract artwork, which in the circumstances curiously projected a very soothing effect. Judd helped William walk a little quicker by allowing his friend to link his arm as they walked. Typically, Lionel Scarrow offered no assistance at all. On the short journey along the stylish hallway, the convoy of CID detectives passed by two uniformed police constables who stood either side of a glossy walnut table which hosted a vase of fresh flowers that complemented the colour scheme.
Twitter: https://twitter.com/MartinTracey1
When a high-end escort is discovered murdered in her plush waterside apartment, so begins the hunt for a serial killer known as The Crucifier due to the unusual slaying and positioning of his victims. In parallel there remains the need to locate a dangerous and elusive doomsday cult. DCI William Chamberlain and DI Judd Stone have an acute thirst for justice on both accounts. Stone is an ex-football hooligan turned cop. Riddled with guilt and anger, he is used to getting results – albeit somewhat unconventionally. Chamberlain suffers from Multiple Sclerosis, but curiously, as his health deteriorates, his ability to perform acts of telekinesis increases. When faced with life or death, Chamberlain progresses from manipulating physical matter to controlling minds and sets in motion a dramatic chain of events. But why do things spiral out of control, placing an unknown high-profile target in danger? Assistance comes from the most unlikely of sources but who is also working against the wheels of justice? And just what is the connection between The Crucifier, the cult and the high-profile target? With Spaghetti Western overtones, the chase from Liverpool to London and through both Birmingham UK and Alabama, finds both detectives having to confront their darkest demons in pursuit of the sweet taste of revenge.
Amazon: https://www.amazon.co.uk/Martin-Tracey/e/B009ANTBWG/
As they entered the glossy kitchen area, the blood-soaked girl was instantly facing them. Judd noticed that her eyes were open and eerily seemed to stare straight at him, but the knife protruding from the poor girl’s unclothed chest confirmed that her young life had been cruelly taken away from her. 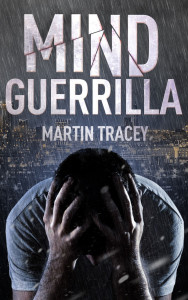 “What we have, DI Stone, is a murder executed way beyond anything we have ever experienced before on this force, certainly to my memory at least. The methods used in killing this poor girl are both extreme and bizarre,” replied Detective Superintendent Francis, choosing to ignore the cigarette smoke that was unintentionally swirling its way towards him from the direction of his detective inspector. Making exceptions for Judd Stone was a common occurrence for Ben Francis. Although Francis himself was a strict disciplinarian, he also had the good sense to know that Judd Stone was a very efficient detective inspector, in spite of his rough edges and often unorthodox methods in executing his duties…….
The corners of her mouth had been slit with a blade or similar sharp object, giving the appearance of an exaggerated inane grin similar to that of the Joker character from the Batman comic stories. Judd recognised the marking as that of a Chelsea Smile from his distant days when he flirted heavily with football hooliganism, before finding his correct path in life as a police detective. However, he found it difficult to understand as to why the markings of an act of football hooliganism should be married to a mock crucifixion. 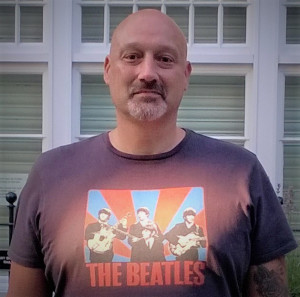 ……“So where is she?” enquired Judd.
Instagram: https://www.instagram.com/martinofmolineux/
About the Book
Although clearly lifeless and partially mutilated, her beauty could still be poignantly captured by a beam of streetlight that chinked through the small gap of the wooden, horizontal window blinds.
The scene of crimes officers, or SOCOs as they were more commonly known, were beavering away, meticulously gathering what evidence they could with their usual professional detachment to try and establish some forensic evidence and other clues to the poor girl’s demise.
A prolonged existence in the B.A.D CID had a habit of hardening its partisans, but what the detectives were about to witness was enough to shock even them, despite being amongst the most hardened detectives that had ever served in the British police force.
“So what have we got this time?” enquired Judd, lighting a cigarette and keen to establish as to why he had been summoned to this luxury apartment that overlooked the canal network of Birmingham’s city centre.
“She’s in the kitchen. But be warned, the poor girl has suffered some truly horrific inflictions.”
The girl’s arms were spread-eagled, each of her hands pinned to the wooden door of a kitchen cabinet by a respective knife having been forced through her palms. It seemed clear that the killer wanted to create a depiction of a crucifixion.
Martin Tracey is an author who likes to push the boundaries of reality. Even when injecting elements of the supernatural, the terror that grips you is very real. Not necessarily a genre specific author, psychological thrills are a plenty. He has a passion for The Beatles & Wolverhampton Wanderers FC. Both music and football/soccer often find their way into his stories. Martin lives in Birmingham, UK and is married with 2 daughters.
Blog: http://www.martintracey.co.uk
Today I have an extract from Mind Guerrilla by Martin Tracey to share with you.
About the Author