Santa Maddalena in 2014 where I stayed and read the works of the other writers who had succeeded and doubted under the same roof, including Zadie Smith and Michael Oondatje. The idea of mongrel literature. Conversations in places that hung between interiors and exteriors, like the conversations themselves. Interventions by Beatrice to find love, truth and intrigue in company present and company past that contaminated us all; a desire for more engaged ways of living, reading, writing, acting. Fireflies. Paintings on mirrors. Dogs and their crap everywhere, even in the library. White roses on olive tree stems. Sicily. Naples. Ravenna. Venice. The edges where the Arabs conquered and traded and where the English sometimes conquered and traded too. A place where my two continents have partially grown together in the form and fabric of buildings and where my current Italophile-self hankers to be.Jerusalem
It is a little-known secret that Arabic literature has a long tradition of erotic writing. Behind that secret lies another – that many of the writers are women.

Endless meetings and plans to meet while actually not moving but delving into the lives of others and their plans. A paralysis of limestone and screens, but under the stillness, the prescription drugs and high street clothes are tales that unwind with the closeted drama of any Ibsen or Lorca.
We Wrote in Symbols celebrates the works of 75 of these female writers of Arab heritage who articulate love and lust with artistry and skill. Here, a wedding night takes an unexpected turn beneath a canopy of stars; a woman on the run meets her match in a flirtatious encounter at Dubai Airport; and a carnal awakening occurs in a Palestinian refugee camp. From a masked rendezvous in a circus, to meetings in underground bars and unmade beds, there is no such thing as a typical sexual encounter, as this electrifying anthology shows.
Scotland
London
About the Book
Ten places that have influenced me as a writer – Selma Dabbagh
Spires that float between sky and water. Nudity. Nature as a religion. Unadorned interiors. Friends who occasionally fucked each other but it wasn’t a big deal. State schools, hospitals and everything for every Swede. Meeting men in bars who worked in factories, were totally bilingual, read extensively and were happy to never move on from their dead-end jobs that I’d try to persuade them to leave, despite the jobs giving them all they needed to have the balance they wanted. An anti-materialistic crowd of friends to complain about the English class system to. A boyfriend who rode me around on the back of his bike wearing a Helly Hanson, who worked in a book shop and introduced me to Bulgakov and Strindberg. Seeing ‘Selma’ on the back of one of Lagerlof’s books on a shelf and wanting mine to be there too.  Meeting Europeans who knew that when I said Palestine, that there was a struggle involved that they were sympathetic to.
I was born in Dundee, where my father was studying for his Masters in Civil Engineering. I do not share a place of birth with my family members, who were born in Jaffa (father) and England (mother and sisters). This distinction created a sense of arrogant particularity about my own uniqueness, which strikes me as an essential (if not particularly likeable!) component to every writer’s outlook. It could have also contributed to my idealisation of the thought of belonging to a small country, where everyone wants the best for everyone else.
A street, Salah el Din where I got fresh carrot juice and a boreeka pastry with sesame seeds every day for lunch. I worked there with a human rights organisation.  Everyone looked after everyone else and minded everyone else’s business. The girls were braver than I could ever be and the men had gone through life experiences that I would not wish on my worst enemy, but were still generous, joking, philosophical; they’d take the time to explain, to look out for me. I was 22. Editing reports of shootings of farmers and children. Reading Ghassan Kanafani and Sahar Khalifeh. My cheeks were huge. I knew nothing. I only had three months there. It changed everything. I was denied re-entry. I could not get over the guilt at having left them.
Kuwait
Amman
Italy
Grenoble
Sucks you in, bleeds you dry, gives you space. The calm of anonymity, of citizenship, of being one with those who are not homogeneously one either. The thrill of eavesdropping, of people watching, of hustle and order. Night sounds of drunken departures and car stereos with the sounds from Mumbai, Algiers, LA and Karachi. Football teams in public parks with no two players with the same mother tongue. Moods toyed with in the skies; the interplay of dark, light, damp and snow. Intersecting villages with tribes of friends formed around ideas and passions, who’ve set up camp here, stopped over, are passing by. My city.
Appliqué fabrics hung around new pharmacies with flowers. The Ibn Tulun mosque. Gin and tonics in the Windsor. Men with tea on trays wandering through the dense mid-morning traffic. Taxi drivers who rapped when they spoke. High ceilinged art deco flats. Awama in Embaba. A city that buzzed and beeped all day and all night. Islands on the Nile. Young idealists from Europe who like me were there because of the Gulf War (there had only been one at the time). Chivalry on public buses. Umm Ali in the Nile Hilton after parties. Reading statistics and documents that told you the place didn’t work on any level, but when you went outside it more than worked; it amplified your existence. A place where I glimpsed what it could feel like to be spiritual. Reading Kanafani, Mahfouz, more Sahar Khalifeh, Sonallah Ibrahim, Ahdaf Soueif, Al Ahram Weekly, Taha Hussein, Tawfiq al Hakim, Hanan al-Shaykh.
Powerfully conveying the complexities and intrigues of desire, We Wrote in Symbols invites you to share these characters’ wildest fantasies and most intimate moments.
I’m delighted to be sharing a guest post from Dundee born British-Palestinian writer Selma Dabbagh. Selma’s debut novel Out of It was a Guardian Book of the Year. We Wrote in Symbols is her second book (first as editor), and is an edgy, energised, political collection of erotic writing by Arab women. Selma has written an absolutely brilliant guest post about ten places which have influenced her own writing.
We Wrote In Symbols will be published by Saqi Books on 29th April 2021
Use the discount code above and order from Saqi Books
Or you can order from: Bookshop.org, Waterstones,  Amazon UK

Concrete. Constant construction. Thick orange dust storms. Shopping malls. Yellow gold. Sports cars in primary colours. Pistachio ice cream. The Getty beach. Sunbathing in baby oil on the roof. Mixed sexes ice skating on Wednesday nights. I moved to Kuwait aged eight and left at sixteen. Temperatures reaching 50 degrees in the summer, combined with listless men in public spaces, made our lives one of air conditioned rooms. I was convinced that I was growing up in an incubator. However the parties were frenzied with an energy I have not experienced since. I thought they were an aberration, a taste of Western behaviour that I would have more of once I left. It took me years to figure out that their energy was not despite the restrictions we lived under, but because of them.
Cairo
Thanks to the publishers, I happy to be able to share a discount code for the book with you. If you use the following code you will get a 30% discount on We Wrote in Symbols when you order directly from the publishers’ website (www.saqibooks.com). The code is SYMBOLS30.
The Soviet Union
A flat university town surrounded by Alps, not too far from the Swiss border. Everything is named after Stendhal who hated the place. It is here that I met a woman twice my age called SUMIYO TSUKADA (we have lost touch, hence the capitals) who would explain Catholic existentialism to me at great length. I lived in the Quartière Arabe, read Boris Vian and became a Roquefort eating Francophile. When I returned home, my sisters found me pretentious. I stopped being a Francophile. I became a Scandophile instead.
Stockholm
I was a standard grumpy teenager who knew life was elsewhere. In 1985, together with the rest of the Company of the of the Kuwait School of Contemporary Dance, which was run by a Miss Jean Brodie character, (Mrs. Hicks, whose dance school continues to this day) was invited by the Soviet Embassy to train with the ballet school of Minsk. I was a tag along. My sisters were both coordinated and athletic, but apart from having ‘wonderfully expressive hands’ I was a lousy dancer. There, while doing one of many pliés, through the window of the dance studio, a couple ran through the snow holding hands and kissing as they fell. The freedom of it! I accepted queues as part of the deal and wanted to defect; resolved to watch Carl Orff’s Carmina Burana performed against Picasso’s Guernica every night while eating caviar and drinking vodka. Instead, I got hepatitis and ended up in bed for two months back in Kuwait, where I knitted, watched Edward Albee’s Whose Afraid of Virginia Woolf? on a video loop and read piles of Russian novels, where the main characters had jaundice and were grumpy too.
There’s an online launch of the book on Zoom tomorrow evening (29/4/21) – click here for details

Read on for information about the book. 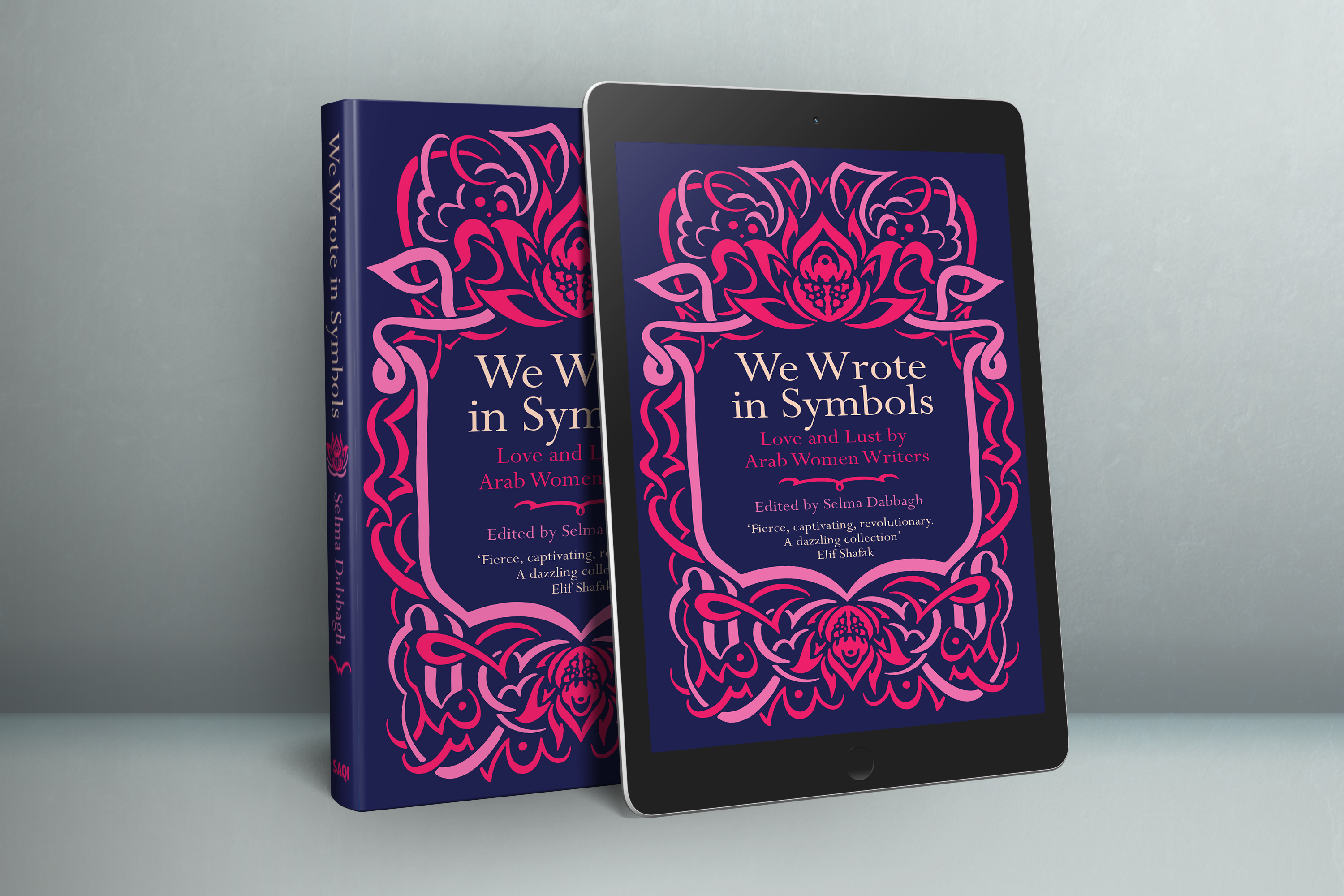