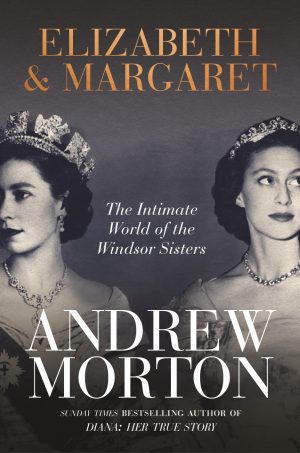 Having read Andrew Morton’s book on Diana many years ago, this appealed to me as a reader who has always been interested in the Royal Family. What I have taken from the book so far is that it’s a very interesting account of the relationship between the two sisters. Some of the historical content I was aware of already, being an avid watcher of Royal documentaries! However there are little nuggets and stories which I found fascinating and that I was unaware of in with regard to royal protocol and what happens behind the scenes. One aspect I found particularly surprising was the account of Princess Margaret’s relationship with Group Captain Peter Townsend, the subject of much controversy at the time and further speculation over the years. From reading the book, the situation appears not to have been quite as reported – and not as portrayed in TV dramatisations.
Publisher: Michael O’Mara
Format: Ebook, Audio, Hardback, Paperback (30 March 2021)
Pages: 400
Source: Copy received for review
My full review will be posted on retail sites when I’ve finished the book, but for anyone interested in the Royals, this is quite an insightful and seemingly thorough account of the two sisters from childhood, through the war years, and with accompanying bibliographical references to acknowledge various research sources. There are also several pages of photos at various stages of their lives. A fascinating read for anyone wishing to know more about the two women.
They were the closest of sisters and the best of friends. AUTHOR LINKS: Since, Morton has gone on to write No. 1 Sunday Times and New York Times bestsellers on Monica Lewinsky, Madonna, David and Victoria Beckham, Tom Cruise and Angelina Jolie, as well as a ground-breaking new biography of Wallis Simpson, Wallis in Love: The Untold True Passion of the Duchess of Windsor. The winner of numerous awards, he divides his time between London and Los Angeles.But when, in a quixotic twist of fate, their uncle Edward VIII decided to abdicate the throne, the dynamic between Elizabeth and Margaret was dramatically altered. Forever more, Margaret would have to curtsey to the sister she called ‘Lillibet’. And bow to her wishes.
Andrew Morton is a leading authority on modern celebrity and royalty, and author of the internationally bestselling biography Diana: Her True Story. Revealing the secret world of the Princess of Wales, the book spent fifty-eight weeks in the bestseller lists, was translated into 35 languages, and inspired films, documentaries and commentaries about the royal family.
From the idyll of their cloistered early life, through their hidden wartime lives, into the divergent paths they took following their father’s death and Elizabeth’s ascension to the throne, this book explores their relationship over the years. Andrew Morton, renowned bestselling author of Diana: Her True Story, offers unique insight into these two drastically different sisters – one resigned to duty and responsibility, the other resistant to it – and the lasting impact they have had on the Crown, the royal family and the way it has adapted to the changing mores of the twentieth century.

One thing that has come through from what I’ve read so far is the mutual love and respect that the two sisters had for each other. There were times when Margaret was jealous of Elizabeth, especially in the early years when Elizabeth, as the Presumptive Heir was given all the tuition in world affairs and Margaret being just as interested and capable, resented her lack of education just because she was the younger sister. Their difference in personalties was marked too – Elizabeth the more reserved with a sense of duty instilled into her from a very early age, and Margaret, whilst being aware of her royal duties and supporting the Queen, being the more outgoing. The book also includes of course, Elizabeth’s wedding to Philip, and the issues and opposition he faced afterwards.
Elizabeth would always look upon her younger sister’s antics with a kind of stoical amusement but Margaret’s struggle to find a place and position inside the royal system – and her fraught relationship with its expectations – was often a source of tension. Famously, the Queen had to inform Margaret that the Church and government would not countenance her marrying a divorcee, Group Captain Peter Townsend, forcing Margaret to choose between keeping her title and royal allowances or her divorcee lover.

My thanks to Kelly of Love Books Tours for the invitation and the publisher for sending a copy of the book. Life has rather got in the way recently and unfortunately I still have another 130 pages to finish so this post is more of a spotlight with a few thoughts rather than a full review.