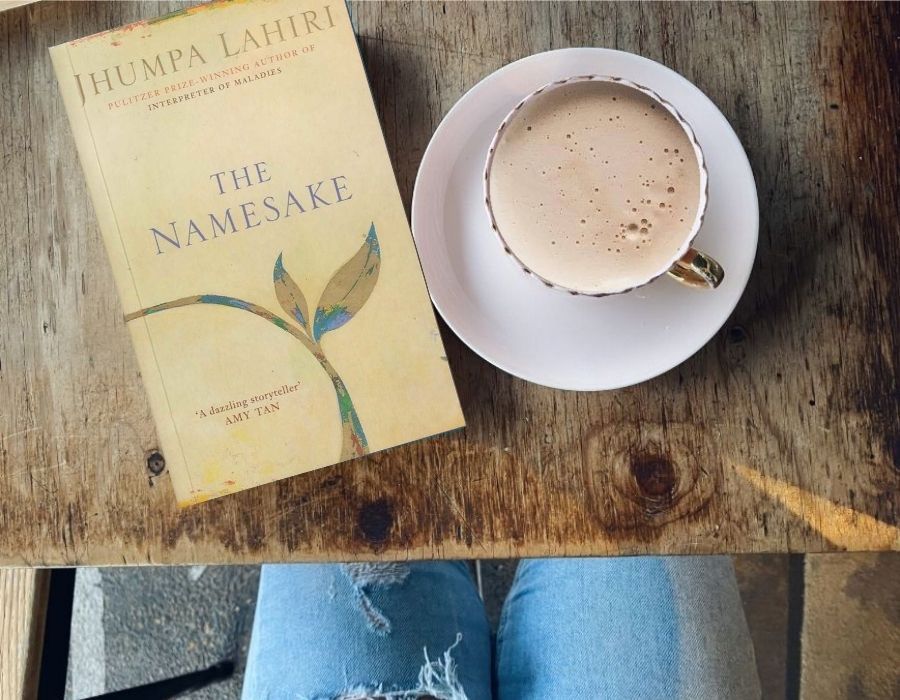 The Namesake by Jhumpa Lahiri

Buy Why I’m No Longer Talking to White People About Race from Bookshop.org, Book Depository, Waterstones, Amazon or Amazon AU.

Twenty-one British writers, journalists, poets, and artists have contributed essays to this award-winning anthology. It’s a crucial read, exploring the reality of what it means to be a person of colour in the UK. From what it feels like to have your name constantly mispronounced, to rarely finding people who look like you in contemporary literature, each essay dives into a different aspect of what it means to be ‘other’. It meant a lot to me reading it for the first time and meeting my lived experience on paper. It’s another book that I reach for often and that I’d recommend to everyone.

I’ve discovered some of my all-time favourite poems within this anthology over the past decade. It’s a lovely collection of modern and contemporary gems, from Sharon Olds to Imtiaz Dharker and Edwin Muir. Derek Walcott’s The Season of Phantasmal Peace is one I read for the first time in this anthology and it’s held a special place in my heart since. It’s a fantastic book to keep by your bedside table to dip in and out of.

I’ve read this multiple times and am forever blown away by it. Eddo-Lodge looks at the reality of how structural racism plays out in Britain, from white feminism and the way we’re taught history at school to the link between class and race. It’s delivered patiently, succinctly and meticulously. Reading it for the first time in 2017 was a game-changer for me – I started writing my debut novel, which explores some of the same themes, just a few months later. It’s definitely one of my most cherished reads. Her podcast ‘About Race’ is also excellent and delves deeper into some of the points covered in the book. 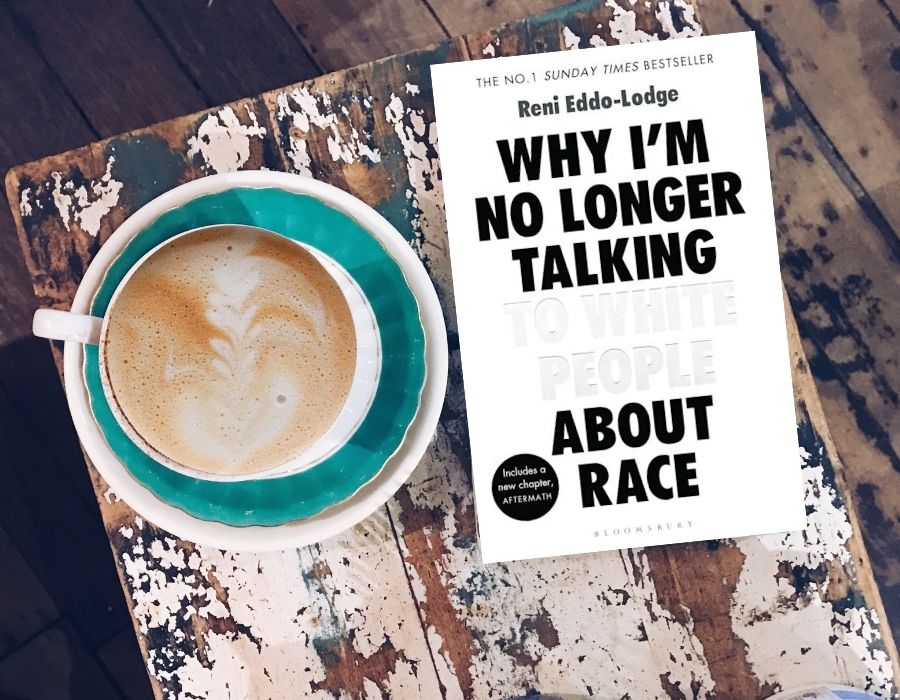 Set in 80s Glasgow, this debut follows a working-class, broken family, primarily from the perspective of Shuggie, the youngest child. With an absent father and siblings who have left home, Shuggie is left to look after his alcoholic mother, Agnes, when he’s just a child. Shuggie also struggles with his sexuality; he’s repeatedly told it’s something that should be ‘nipped in the bud’. It’s a tender portrayal of unconditional love and the relentless force of addiction, told against the backdrop of the Thatcher era. It’s gritty, bleak, beautiful, raw, and moving. The prose is stunning, the sort that makes you stop and re-read the same sentence to savour it again and again.

Jyoti Patel is the winner of the #Merky Books New Writers’ Prize 2021, a competition launched by Stormzy and Penguin Random House UK to discover unpublished, underrepresented writers. Her debut novel, Six of One, will be published by #Merky Books in January 2023. Six of One is a coming-of-age novel told from the perspectives of Avani and her 18-year-old son Nik, as he searches for answers surrounding the circumstances of his father’s death. It flits between the past and present, comparing Nik’s experiences as a mixed-race man in post-Brexit-referendum Britain, with Avani growing up as a young British Indian in 80s London. The novel explores identity, racialisation, and the reality of what it means to be a person of colour in Britain today. Jyoti’s work has also been published as part of We Present’s Literally series. You can read her short story, Break, here. You can follow Jyoti on Instagram and Twitter.

This publishing phenomenon is a celebration of resilience, empathy, and self-care. Each page features a gorgeous illustration and typography with a snippet of conversation between the four eponymous friends as they move through the ups and downs of life. It’s the sort of book that stays with you long after you first pick it up. I once read it described as a ‘soothing balm’ for the soul and it’s exactly that. It makes a great read cover-to-cover and is another good one to dip in and out of as you can take something from any page, no matter where you land.

Open Water is a gorgeous story following a photographer and dancer as they navigate the ebbs and flows of love. The prose is so elegant that it reads like poetry at times, and it’s an excellent example of how powerful second person narration can be – literally putting the reader in the shoes of a British Black protagonist whose every move is politicised. It examines masculinity, vulnerability, love, racism, and police brutality with astonishing intimacy against a backdrop of great art, music, and literature.

With a tightly-controlled plot and sharp prose, Atonement follows Briony, Cecelia, and Robbie as their lives are torn apart by a lie. It’s a masterclass in how to jump between both perspectives and time periods whilst keeping the reader on their toes. The twist that comes in the final section once again turns everything the reader thought they knew on its head. The meta-ness of it all, and the fact that so much of it is about writing itself, is also a lot of fun to dissect. The film adaptation is fantastic, too.

The Boy, The Mole, The Fox and The Horse by Charlie Mackesy 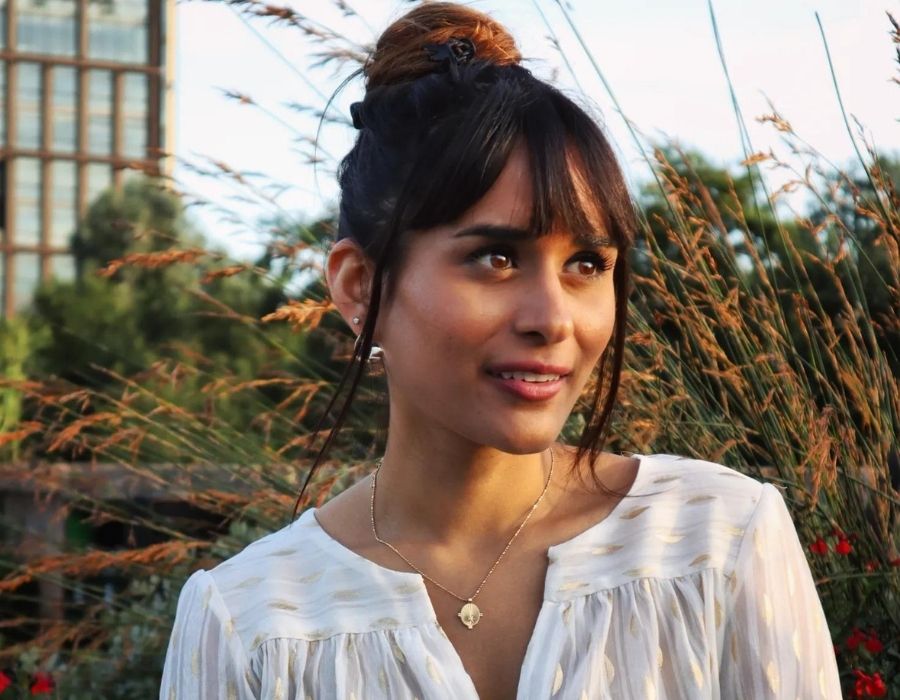 I was recommended The Namesake just after finishing the first draft of my novel, Six of One, and it’s a book I wish I’d come across sooner. It follows the Ganguli family who have left Calcutta for a life in America, and it was the first time I’d seen people from a similar background to me depicted so fully in contemporary realism, just going about their day-to-day lives in the pages of a book. The novel deals with themes that I always search for in literature – identity, belonging, tradition, rootlessness, family expectation, assimilation, and how their nuances can shift depending on whether you’re a first- or second-generation immigrant. Lahiri’s writing, too, is sharp, smooth, and phenomenal. She’s a master at capturing detail. It’s a firm favourite that I love coming back to.