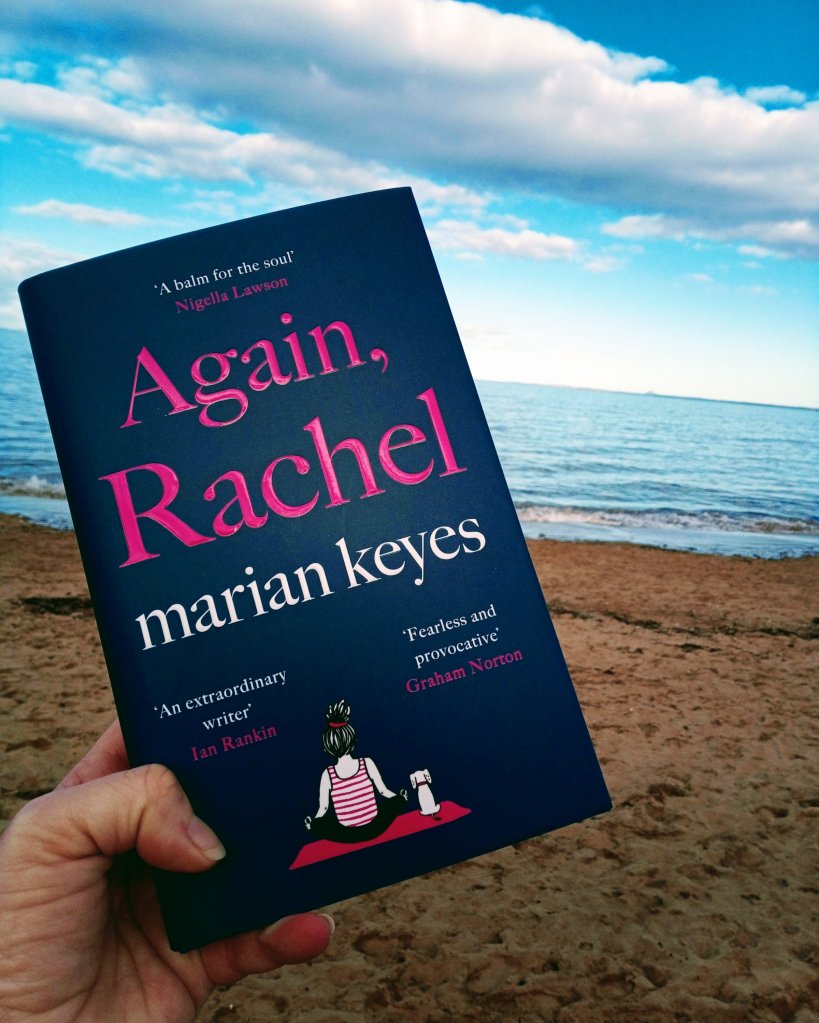 Both critically acclaimed and commercially unstoppable, Marian’s fifteenth novel, Again, Rachel – the sequel to her groundbreaking novel Rachel’s Holiday – was a No. 1 bestseller in four global territories: UK, Ireland, South Africa and New Zealand, and a No. 1 Audible bestseller.
As a beloved author herself, Marian is a passionate champion of storytellers everywhere, playing an active role in encouraging new voices. She has been the chair of judges for the Comedy Women in Print prize, a sponsor of the Curtis Brown Creative Novel-Writing Scholarship, and most recently ran her own hugely popular Instagram Live series bringing free creative writing courses to thousands of viewers. Marian also uses her position to raise some of the most challenging issues of our time, including addiction, immigration, depression, domestic violence and the Repeal the Eighth campaign.
Back in the long ago nineties, Rachel Walsh was a mess.I debated about whether to write a review of this book or not because I have to be honest and say it’s not my favourite of Marian Keyes’ books, although I think I’m in the minority. However, by the time I finished reading, I decided that I had enjoyed it enough to recommend it.About the AuthorShe’d thought she was settled. Fixed forever. Is she about to discover that no matter what our age, everything can change?Like many people, I was very excited to hear that there was going to be a sequel to the much loved Rachel’s Holiday. I’ve read all of Marian Keyes’ novels and particularly enjoy her books featuring the exuberant Walsh family. I got a copy of Again, Rachel for my birthday after advising my brother that’s what he should buy me!
My Thoughts
I thought the last 20% or so of the book was excellent though and so well written. I’m glad I read the book and happy with the way everything resolved for Rachel but I didn’t feel as much love for it as I expected to. Perhaps that’s the problem – when you look forward to something so much, expectations can be too high. That said, I do recommend it to anyone who has enjoyed the previous books about the Walsh family especially if you have previously read Rachel’s Holiday.
Marian Keyes is a phenomenon. The multimillion copy, internationally bestselling author of some of the most widely loved, genre-defying novels of the past thirty years – including Watermelon, Anybody Out There and Grown Ups – has millions of fans around the world. They are irresistibly drawn by her warmth and wit, fearless honesty, relatable characters and relationships, and sheer storytelling magic. Not only has Marian inspired and entertained countless readers, but also the next generation of writers too.
About the book
Marian is based in Dún Laoghaire, Dublin.
The positive bits first. Again, Rachel was funny and warm and I loved spending time with the huge, madcap Walsh family again which has now expanded to include various nieces and nephews. The dialogue throughout is brilliantly sharp and witty. There are a lot of big and emotional issues which Rachel has to come to terms with in the book and these are written about with great sensitivity and insight.

But with the sudden reappearance of a man she’d once loved, her life wobbles.But a spell in rehab transformed everything. Life became very good, very quickly. These days, Rachel has love, family, a great job as an addiction counsellor, she even gardens. Her only bad habit is a fondness for expensive trainers.In addition to her novels, Marian has written two collections of journalism, one of which was used as the inspiration of her hit BBC Radio 4 show Between Ourselves. She also co-presents the popular BBC Radio 4 podcast Now You’re Asking with actress Tara Flynn, which has been praised by Guardian for its’ warm-hearted joy’.Is it time to think again, Rachel?However, I found it a bit of a slow burn read for me. After initially getting really excited about starting the book and meeting Rachel again, I found the middle part in particular quite slow. For me there was too much about the patients Rachel was working with in the rehab clinic. We learned a lot about each of them coming to terms with their various addictions and perhaps that told us a bit about Rachel too. There was a lot of tough love going on and it was sometimes quite uncomfortable to read. It was definitely a raw and honest account of addiction in its many forms. They were a really interesting group of people and this part could almost have been another book in itself, focussing on the patients. 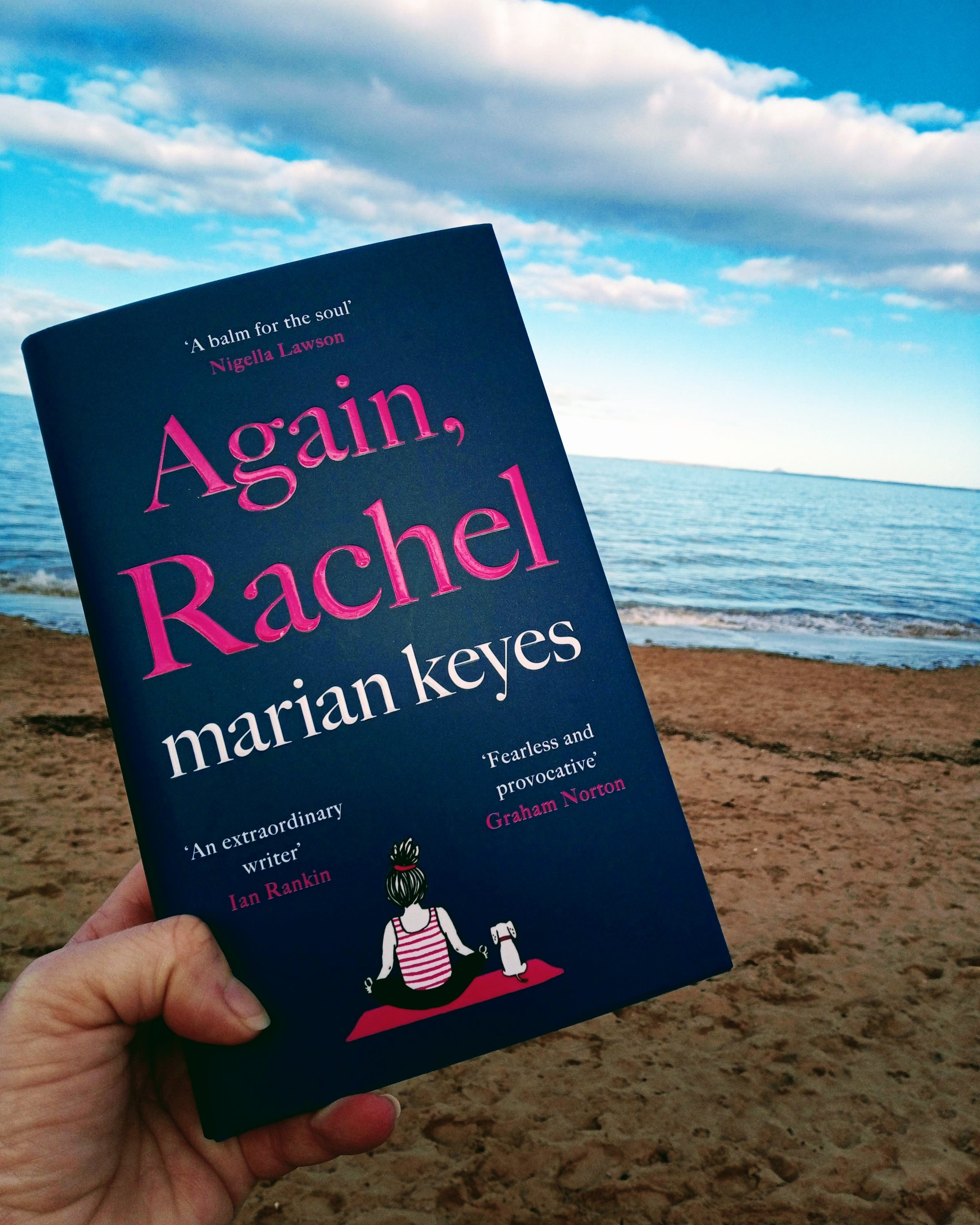