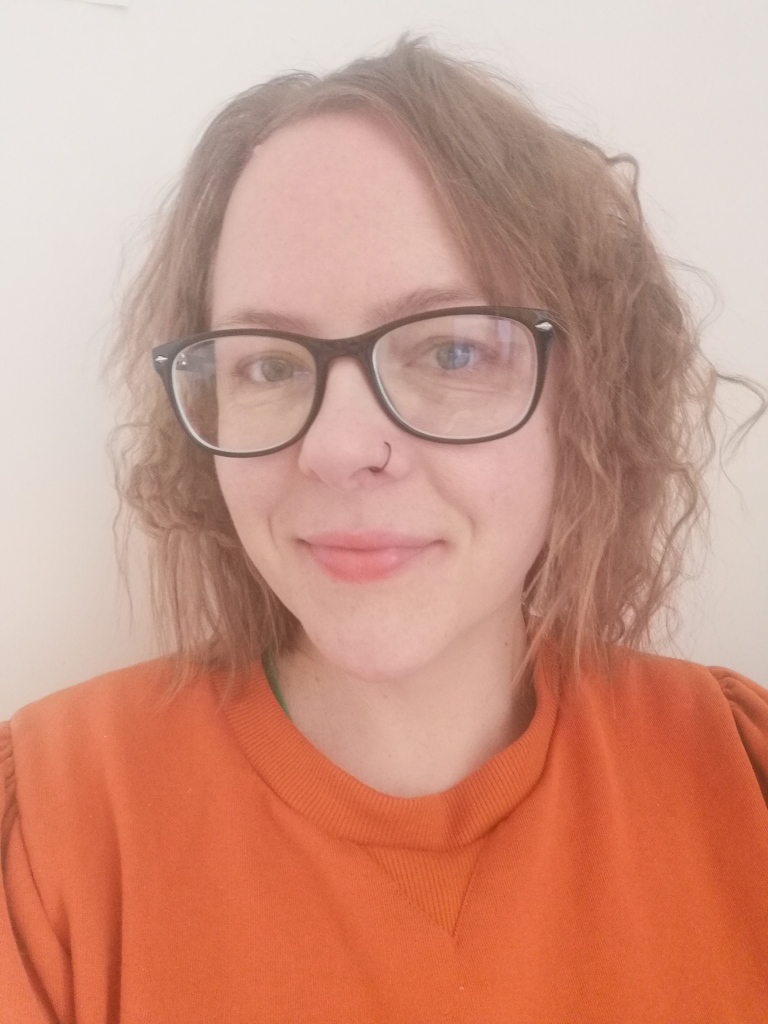 What are you reading just now?
Am I on the island on my own?  In that case, a Discworld novel, probably ‘Equal Rites’. If I have my children with me, then ‘Matilda’.If you were on Desert Island Discs, what one book would you take with you?
My original launch date had to be postponed due to bereavement, but we have a rescheduled launch date for Wednesday 12th October at the Children’s Central Library in Edinburgh (6pm-7pm).  I’ll also being doing a children’s event for National Book Shop Day at The Portobello Book Shop on Saturday 8th October at 11am. Tickets are still available for both events; it would be lovely to meet some readers of the blog.My journey to publication was quite an unusual one – and  fairly long one.  I had been working as a translator and proof reader for several years, when I began to take on small copywriting jobs.  I still wrote poems and stories occasionally, although hadn’t had any work published.  I attended a couple of creative writing workshops, and entered a poem to The Scottish Book Trust’s annual competition, and was surprised and delighted when my poem was selected for the print anthology.  It made me take my creative writing more seriously and I began signing up for workshops more regularly, to learn more.  I cast my net quite wide and tried different styles of writing and age groups, settling on writing for adults and for younger children.  I completed a course with the Glasgow Women’s Library, and they set up a session for us with children’s publisher Floris Books.  I presented a very hand-made version of my current picture book, complete with guide illustrations I’d done with my children’s colouring pencils, and it went from there.  Because of the pandemic, things were slowed down, and it was about two and a half years from that initial meeting until the book was published in the UK.
I grew up in Edinburgh, then spent time living in Glasgow, Spain, and Peru. Each place has appeared in my writing at some point! We speak English and Spanish at home, and I particularly enjoy reading bilingual picture books with my children.
‘A Billion Balloons of Questions’ is about Eva, a curious Scottish-Peruvian girl, who seeks answers about the world around her. Illustrations by award-winning Carlos Vélez show Eva’s questions in shaped balloons that she carries around. Written mostly in English, it incorporates Spanish words and phrases, with a glossary at the back.When I spotted that a recently published children’s book had been written by a Portobello author, I got in touch to ask if she’d like to tell my blog readers about it. A Billion Balloons of Questions looks absolutely beautiful with colourful illustrations from Carlo Vélez. It’s a good time to be telling you more about the book as it’s just about to have its official launch at the Portobello Book Shop this Saturday and at the Children’s Library at Edinburgh Central Library next week.
How do you plan to celebrate publication day?

Do you have a work in progress just now?
For English language picture books, I love the Tom Percival ‘bright feelings’ series, especially ‘Ruby’s Worry’.  They are a great way to talk about emotions and behaviour reactions with young children.  I think it’s really important to give young children a variety of ways to talk about how they feel.
It was a word-play on ‘balloons and billions’, whilst still making the questions central to the title.
Sorry, I’m choosing three picture books so I can recommend bilingual and monolingual ones!
For adults, I just finished re-reading ‘Year of Wonders’ by Geraldine Brooks.  The next book in my pile is ‘The Fair Botanists’ by Sara Sheridan.
Yes!  I still write for adults, and have work that has been recently published and some still in progress.  I also have a handful of picture books which are ready to be edited.  I’m in the process of writing a middle-grade story as well, but am still at the planning stages.  I’d like to write another picture book with a similar mix of English and Spanish because that element seems to have really appealed to readers – both those who were already Spanish-speakers, and those who have learned words through the book.
For children, we’re reading a ‘Tom Gates’ book in Spanish at bedtime – I like how, with all the illustrations, it’s somewhere between a chapter book and a graphic novel.  I like reading Jaqueline Wilson books with my children too – they’re engaging stories but also a great way to talk about emotions and difficult situations together.
Thanks for joining me Amy. First of all, would you tell my blog readers a little about yourself?

‘Year of Wonders’ that I just finished re-reading feels cinematic, although maybe a television series would be better, to allow all the subplots.  I think ‘Shuggy Bain’ by Douglas Stuart would be a great film.My favourite for an English/Spanish mix which isn’t a straight-forward translation, is ‘I love Saturdays y Domingos’ by Alma Flor Ada.  A little girl spends time with the American and Mexican sides of her family, flipping between languages as she goes.  The language use feels natural and it’s clever how her visits parallel each other in some ways, demonstrating the similarities as well the as differences between the two sides of her family.What inspired you to start writing?As a child, I fancied having the powers of the girl in ‘The Magic Finger’ by Roald Dahl!  I love the Katie Morag books, and, with my children, we imagine living on the Isle of Struay and who we’d be. For now, we’re happy stomping down Portobello Beach in the rain.
Is there a book you’d love to see made into a film?
I’ve written stories and poems since I was about seven, but mostly hidden away in notebooks. A few years ago, I started to make little storybooks for my children, depending in what they were interested in at the time – they’ve always given me ideas for stories.

With this story, ‘A Billion Balloons of Questions’, two things in particular inspired it.  First, I started noting down the many, many questions my children asked me.  There was such a range – funny, poignant, bizarre – I felt sure there was a story within them.  Secondly, my children are Scottish-Peruvian, and had rarely seen children similar to themselves in a picture book, in terms of how they look, but also how we speak at home, mixing English and Spanish together.  I felt sure that there were other children from bilingual households who would relate to the characters I created, and the ‘culture’ of their homelife.
Tell me about your journey to publication
I enjoy history in general, and reading historical fiction, so I’d take the opportunity to experience being someone living in the past – maybe in ‘The Pursuit of Love’ by Nancy Mitford, or a side character in a Jane Austin novel.

How did you come up with the title for your book?

I’m on Twitter and Instgram as @Amy_B_Moreno
I’ve been using Twitter for several years, but still feel like I don’t really know what I’m doing on Instgram –  the things I share photos of are not particularly cohesive! As well as book, I post about other things I’m interested in – sea swimming, wild flowers, artwork, so if any of that interests you as well, come along and follow me.
In a nutshell, what is your book about?
What one book would you recommend to a friend and why?
For Spanish-language, I love ‘El niño que quería dar abrazos [The boy who wanted to give hugs]’ by Sonia Encinas – it’s a gentle look at concepts of masculinity and how they shape our sons as they grow.  The book presents its point of view, but never feels preachy, which I think can be a hard line to tow. 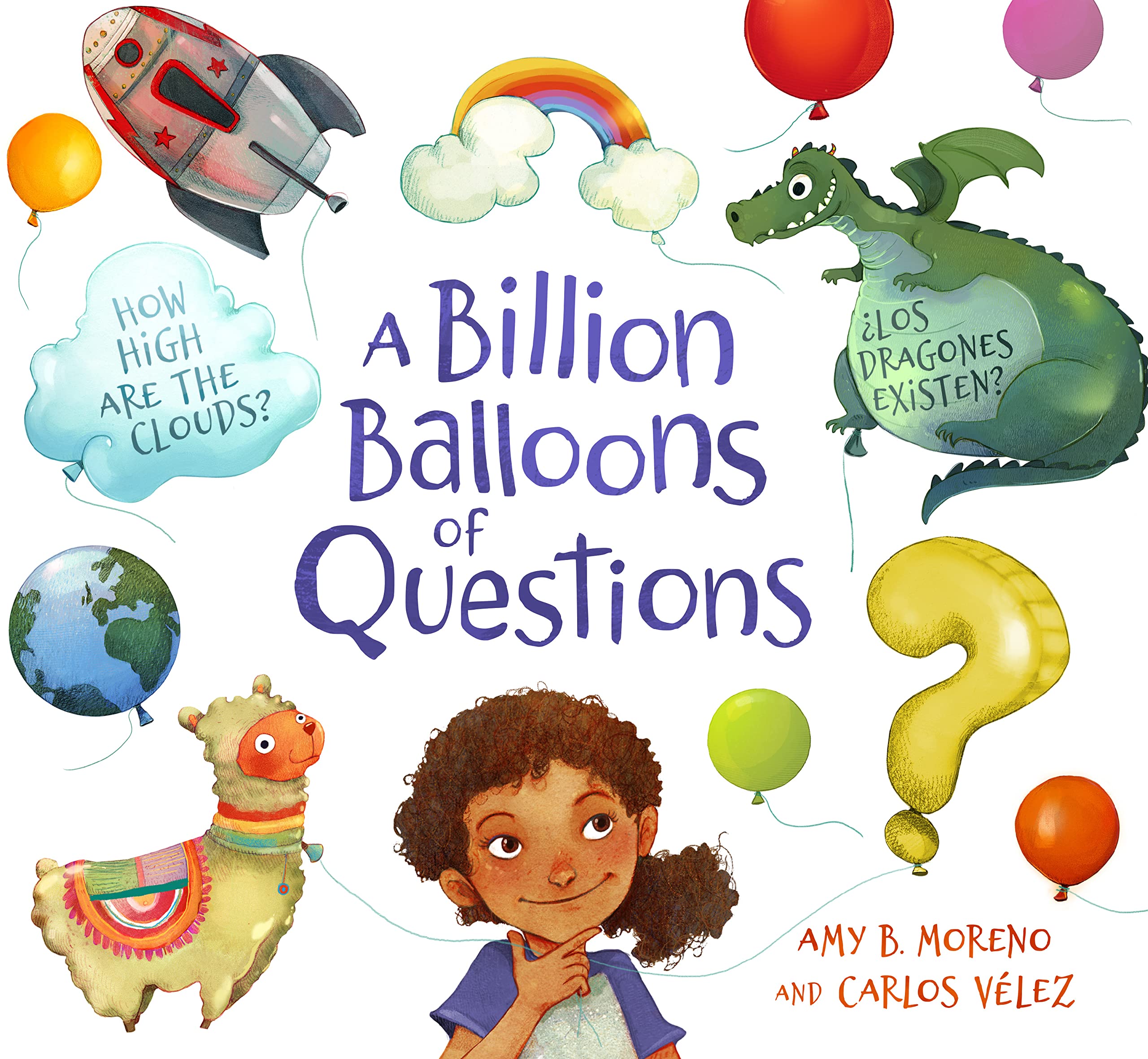