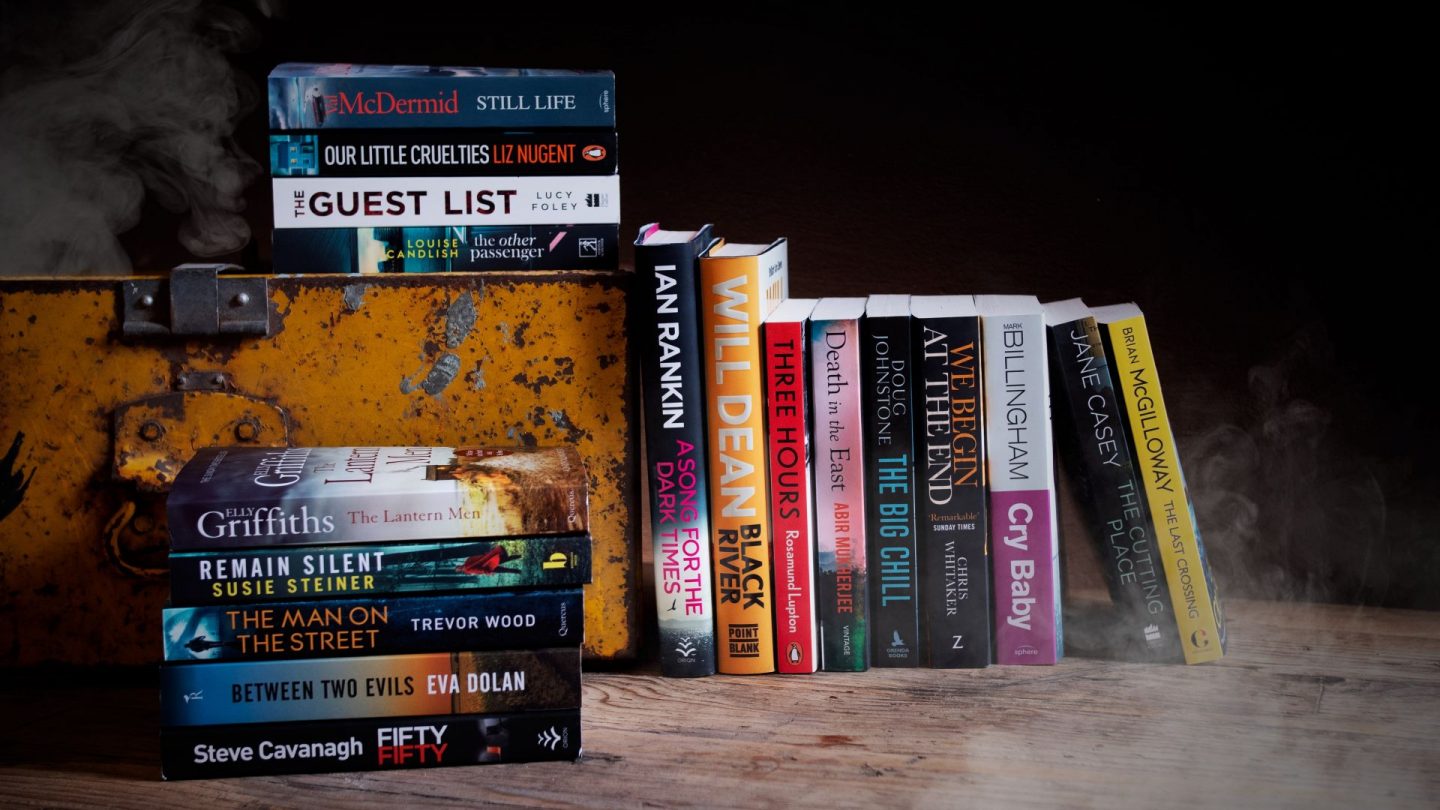 –          The Big Chill by Doug Johnstone (Orenda Books)
–          Remain Silent by Susie Steiner (HarperCollins Publishers, The Borough Press)
The longlist also features several previously nominated authors hoping to go one step further and clinch the trophy with Elly Griffiths securing her seventh pick for her much lauded The Lantern Men and Susie Steiner getting her third nod for Remain Silent and Brian McGilloway’s second nomination for The Last Crossing, and best-selling author Louise Candlish hoping to win on her second pick with The Other Passenger.
–          The Other Passenger by Louise Candlish (Simon & Schuster)
Executive director of T&R Theakston, Simon Theakston, said: “The way the global obsession with the crime genre continues to grow year on year is simply astonishing and this year’s longlist proves the remarkable talent on offer in crime writing– from legends of the craft to eager-eyed newcomers. The shortlist is already too close to call so we encourage all to get voting! A hearty toast of Old Peculier to all longlisted authors for this coveted award – and we look forward to what we know will be a fiercely fought competition!”
EVA DOLAN | LUCY FOLEY | ELLY GRIFFITHS | DOUG JOHNSTONE | ROSAMUND LUPTON
harrogatetheakstoncrimeaward.com | #TheakstonAward | @HarrogateFest
–          The Last Crossing by Brian McGilloway (Little, Brown Book Group, Constable)
Now in its 17th year, the most coveted prize in crime fiction, presented by Harrogate International Festivals celebrates crime writing at its best. This year’s longlist transports readers around the world from California to Sweden and Calcutta to a remote Irish island and explores every subgenre from Scandi noir to murderous families.
THEAKSTON OLD PECULIER CRIME NOVEL OF THE YEAR 2021
Harrogate, 5 May 2021: Today, the longlist of the UK and Ireland’s most prestigious crime novel award is unveiled with literary legends and dynamic debuts in contention for the Theakston Old Peculier Crime Novel of the Year.
Managed by Harrogate International Festivals, the shortlist will be announced in June and the winner on 22 July, at the opening evening of the Theakston Old Peculier Crime Writing Festival – with the public able to vote for the winner on harrogatetheakstoncrimeaward.com.

–          Twitter: @HarrogateFest
–          Cry Baby by Mark Billingham (Little, Brown Book Group, Sphere)
The full longlist for the Theakston Old Peculier Crime Novel of the Year 2021 is:
SUSIE STEINER | CHRIS WHITAKER | TREVOR WOOD
–          Instagram: @harrogatefestivals
The longlist was selected by an academy of crime writing authors, agents, editors, reviewers, members of the Theakston Old Peculier Crime Writing Festival Programming Committee, and representatives from T&R Theakston Ltd, the Express, and WHSmith.
VAL MCDERMID | BRIAN MCGILLOWAY | ABIR MUKHERJEE | LIZ NUGENT | IAN RANKIN
–          Three Hours by Rosamund Lupton (Penguin Random House UK, Viking)
The line-up of returning champions is led by crime fiction titan Ian Rankin, who has received a nod for his A Song for The Dark Times, Mark Billingham, hoping for a third win with his Cry Baby, and Steve Cavanagh looking to beat the competition with Fifty Fifty.
With congratulations to all, I’m delighted to help with the announcement of the Longlist of the Theakston Old Peculier Crime Novel of the Year 2021. I’ve read some of the longlist and have others on my to read pile.
This year’s longlist recognises a number of authors who have previously never been listed by the prize. Hoping to claim the trophy on their first appearance are Lucy Foley with her No.1 Sunday Times Best Seller The Guest List, Chris Whitaker with We Begin at The End, Scottish author Doug Johnstone with The Big Chill and Liz Nugent with Our Little Cruelties, and Jane Casey with her latest Maeve Kerrigan instalment The Cutting Place.
–          Death in the East by Abir Mukherjee (VINTAGE, Harvill Secker)
–          The Lantern Men by Elly Griffiths (Quercus, Quercus Fiction)
–        &nbsp; Website: www.harrogateinternationalfestivals.com
–          Black River by Will Dean (Oneworld Publications, Point Blank)
Find out more at:
–          Still Life by Val McDermid (Little, Brown Book Group, Sphere)
–          Our Little Cruelties by Liz Nugent (Penguin, Sandycove)

Joining these outstanding names is the undisputed ‘Queen of Crime’ herself, Val McDermid with her newest Karen Pirie novel Still Life. Celebrated in the industry for her impeccable ability to select emerging talent for the annual New Blood panel at Theakston Old Peculier Crime Writing Festival, McDermid find herself competing against many New Blood alumni including: Will Dean for his latest Scandi noir Black River; Eva Dolan for the newest instalment of her critically-acclaimed Zigic and Ferreira series, Abir Mukherjee’s new Calcutta and Assam-inspired Death in the East, and finally Trevor Wood – who has gone from the 2020 New Blood panel to longlisted for Crime’s biggest award.
LONGLIST REVEALED FOR UK’S MOST PRESTIGIOUS CRIME WRITING PRIZE
–          A Song For The Dark Times by Ian Rankin (Orion, Orion Fiction)
–          We Begin At The End by Chris Whitaker (Bonnier Books UK, Zaffre)
The award is run by Harrogate International Festivals sponsored by T&R Theakston Ltd, in partnership with WHSmith and the Express, and is open to full length crime novels published in paperback 1 May 2020 to 30 April 2021 by UK and Irish authors.
–          The Cutting Place by Jane Casey (HarperCollins, HarperFiction)
–          The Guest List by Lucy Foley (HarperCollins, HarperFiction)
–          Facebook: @HarrogateInternationalFestivals
The public are now invited to vote for a shortlist of six titles on www.harrogatetheakstoncrimeaward.com, which will be announced in June. The winner will be revealed on the opening night of Theakston Old Peculier Crime Writing Festival, Thursday 22 July, and will receive £3,000, and a handmade, engraved beer barrel provided by Theakston Old Peculier.