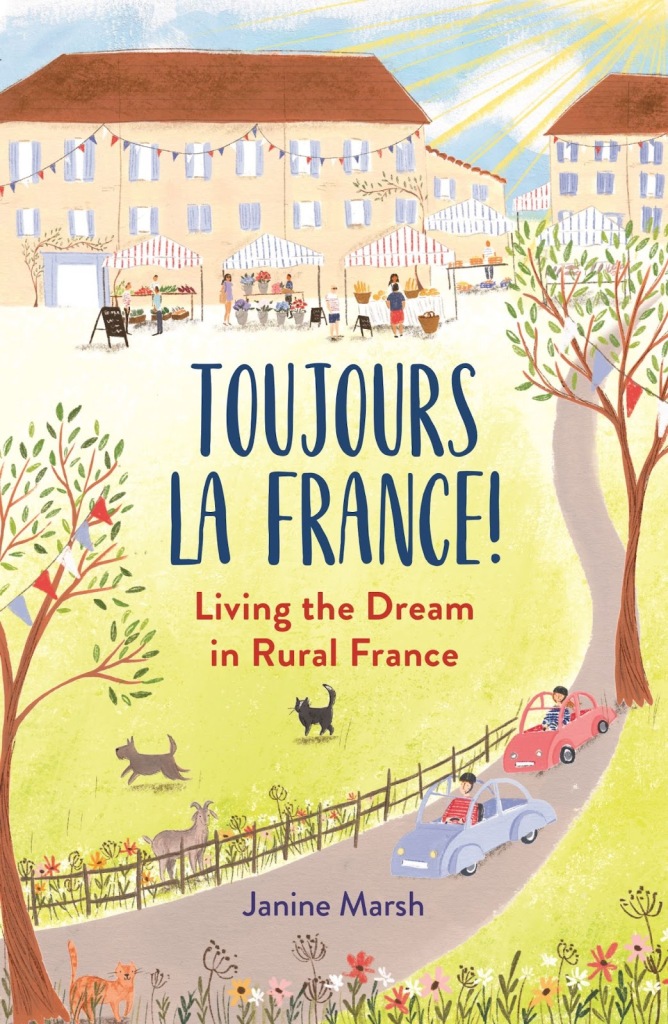 Janine Marsh lives in northern France with her husband and myriad pets. She is unable to resist a stray animal, and the word is out. She works from a converted pigsty when she’s not travelling around France doing research for her website www.thegoodlifefrance.com, which tells you everything you need to know about France and more.

Since giving up their city jobs in London and moving to rural France over ten years ago, Janine and her husband Mark have renovated their dream home and built a new life for themselves, adjusting to the delights and the peculiarities of life in a small French village.
About the Author
The book is a collection of amusing anecdotes about Janine and Mark’s life in northern France including tales about snail racing, the opening of a new sports stadium, a pig squealing contest and finding out how to get rid of beech martins in their roof space. Oh and then there’s the menageries of animals they seem to have acquired with names such as George Clooney, Ella Fitzgerald and Brad Pitt! The competitive nature of the French comes across whether in business or boules. I think that my husband would be very happy with French timekeeping (to be honest, he’s already a natural!) although I’m more punctual myself.
I enjoyed reading about Janine’s adventures, as she learned about the traditions and ways of life and began to feel that she and Mark were really becoming part of the village. Toujours La France is amusing and entertaining, an easy book to read and a warm look at the realities of living in France.
Including much-loved village characters such as Mr and Mrs Pepperpot, Jean-Claude, Claudette and the infamous Bread Man, in Toujours la France! Janine also introduces readers to some new faces and funny stories, as she and Mark continue their lives in this special part of northern France. With fantastic food,  birthday parties, rural traditions old and new – Jean-Claude introduces snail racing to the village – and trouble with uninvited animals, there is never a quiet moment in the Seven Valleys.
She gave up a sensible job in London, where she was born, to renovate a bargain-basement barn and turn it into a home – an ongoing project. She is an award-winning travel writer and social media fan who loves to share her life, explorations and photos on Facebook at The Good Life France.
I enjoyed getting to know the villagers in the Seven Valleys. Pas-de-Calais area who seemed a friendly and helpful bunch. Janine Marsh shows through her writing the gentle affection she feels for her neighbours. She shows there is a great sense of community, albeit a slightly eccentric community. I’d love to meet Bread Man as his bread, pastries and cakes sound amazing! In fact, lots of the food sounded so delicious it had my mouth watering: the cheese, the wine, the bread, the charcuterie. Although I’m with Janine, you can keep the andouillette sausages!
I really enjoyed reading Toujours La France which brought back many memories of many places we have visited when we’ve been touring France in past years, such as Gerberoy, Amiens, Desvres and the very moving WW1 memorial at Thiepval. The photo below is from when we visited Gerberoy, famous for its roses, in 2018 – such a pretty place.
I like to think I can get by in French, though I’m by no means fluent. However, as with any language, just when you think you are doing okay, you come across an idiom that makes no sense. I loved learning about unusual French phrases such as “Il fait un froid de canard” to describe freezing weather. Or to make a fuss is “en faire tout un fromage” – literally to make a whole cheese out of it. I particularly like “c’est le petit Jesus en culotte de velours” – which is roughly equivalent to something being the bee’s knees when discussing wine or food.
Following on from her hugely popular books, My Good Life in France and My Four Seasons in France, ex-pat Janine Marsh shares more heart-warming and entertaining stories of her new life in rural  France.
Thanks to Kelly at Love Books Tours for having me as part of the booktour.
Toujours La France will be published on 28th April
Buying Link: Toujours La France
About the Book 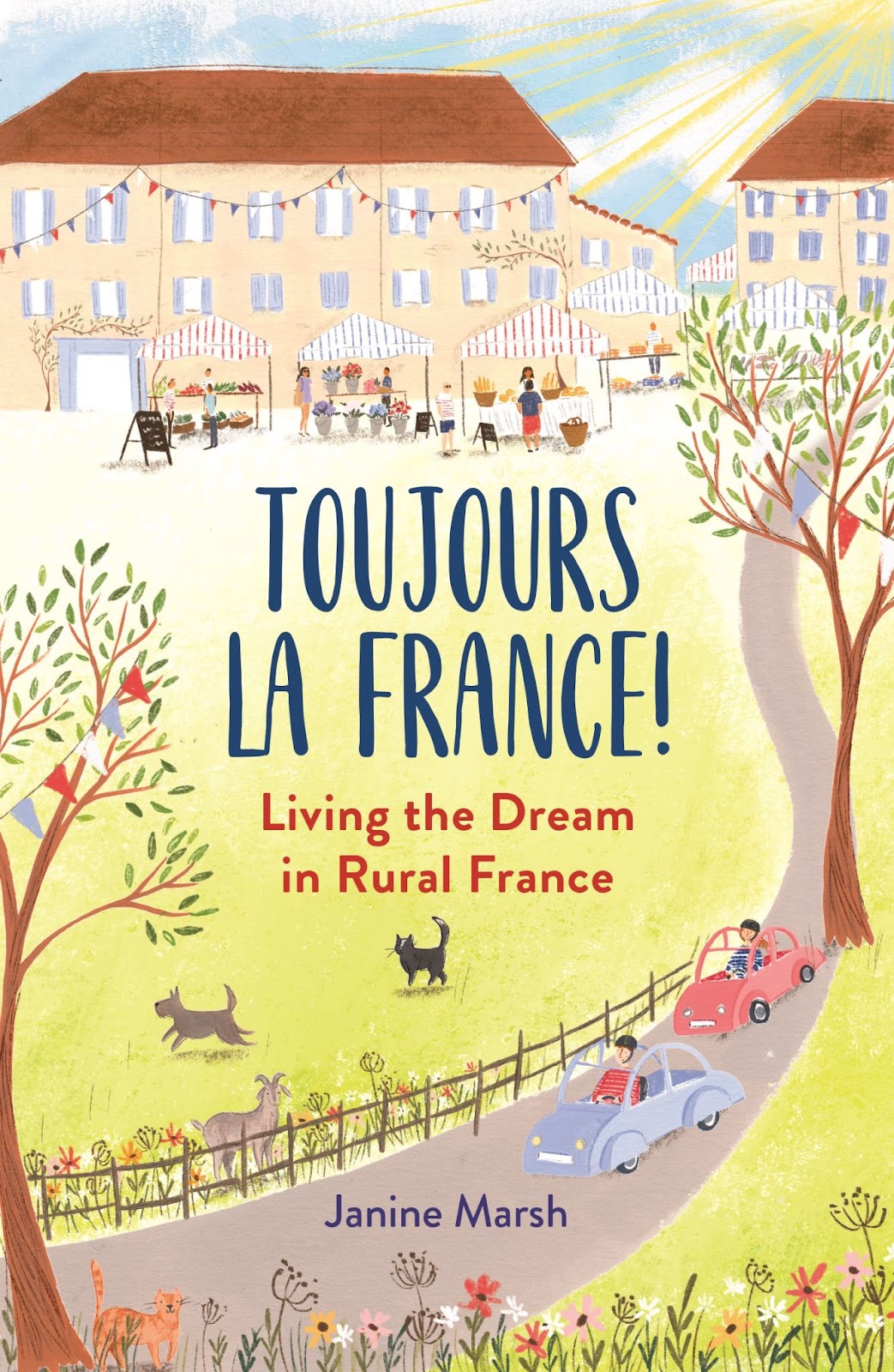