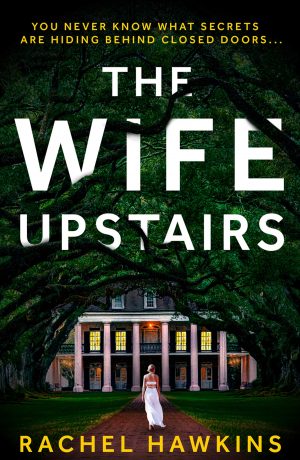 A wife who just won’t stay buried…
But what Jane doesn’t know is that Eddie is keeping a secret – a big secret. And when the truth comes out, the consequences are far more deadly than anyone could ever have imagined…
I hear the car before I see it, but even then, I don’t move, and later, I’d look back at that moment and wonder if I somehow knew what was going to happen. If everything in my life had been leading me to that one spot, to that one house.
She looks like she actually gives a fuck about me as a person. She doesn’t, though, which is fine, really.Charity functions are big around here, I’ve noticed, although I never can figure out what they’re actually raising money for. The invitations I see lying on end tables or fastened to refrigerator doors with magnets are a word salad of virtue signaling. Children, battered women, homeless, underprivileged: various euphemisms that all mean “poor.”FebruaryBear’s leash is smooth in my hand as I give Mrs. Reed a little wave and head out onto the wide front porch. It’s painted cement, slick in the damp, and my ancient sneakers nearly skid across it.Rain has been pouring down all morning, making my drive from Center Point out here to Mountain Brook a nightmare, soaking the hem of my jeans as I get out of the car in the Reeds’ driveway, making my sneakers squelch on the marble floors of the foyer.
“Came prepared,” I tell her, taking Bear’s leash. We’re standing in the front foyer of the Reed home. To my left is a giant framed mirror propped against the wall, reflecting me, Mrs. Reed, and Bear, already straining toward the door. There’s also a distressed wood table holding a bowl of potpourri as well as a pair of diamond hoop earrings, flung carelessly when Mrs. Reed came in last night from whatever charity function she’d been attending.
The rain has tapered off some, but the morning is still cold, and I wish I’d brought gloves. My hands look raw and chapped, the knuckles an angry red. There’s still a light pink burn mark splashing across my skin between the thumb and forefinger of my right hand, a trophy from the last day I worked at Roasted, a coffee shop in Mountain Brook Village.
Mrs. Reed looks sympathetic. She looks like she absolutely hates that I have to walk her collie, Bear, on a cold and stormy day in mid-February.
A delicious twist on a Gothic classic, The Wife Upstairs is perfect for fans of Lucy Foley, Ruth Ware and Shari Lapena.
Don’t even think about it.
Bear tugs on his leash, sniffing every mailbox we come to, and I let him pull me along behind him, my mind more on the houses, the neighbourhood, than on my charge. Behind every one of these McMansions is a bright green backyard, so it makes no sense that anyone would even need a dog-walker. But need is not a word people like this think of. Everything with them is want.
And I don’t let my eyes linger on the earrings.
All in all, it’s a good gig, certainly better than working at Roasted. Here, people actually look me in the eye because they want to be the kind of people who tell themselves they’re not assholes if they actually call “the help” by their first name. “Jane is like family,” Mrs. Reed probably says to the other ladies at the country club, and they all make simpering sounds of agreement and have another Bloody Mary.
Published by HarperCollins
Available in Ebook, Audio & Hardback (5 January 2021) | Paperback (29 April 2021)
304 pages
___________________________________________________________
To him.
Too big a risk, I remind myself, but I still spend a solid two minutes imagining walking through this neighborhood in something sleek and pretty, something that doesn’t leak cold rainwater all over me. Something like the Burberry jacket Mrs. Clark had hanging up by the door last week.
‘I was completely blown away by The Wife Upstairs. This is a compulsive, irresistible retelling of Jane Eyre with a modern, noir twist – and wow, does it work’ Samantha Downing, bestselling author of My Lovely Wife
I hear the door close behind me, and wonder what Mrs. Reed will do this morning while I’m off walking her dog. Have another cup of coffee? Chase it with a Xanax? Plan some other charity function?
It’s not like I give a fuck about her, either.
Author Links: Twitter | Goodreads

ABOUT THE BOOK
So I smile, tugging at the bottom of my army-green raincoat.
So instead, I think about the diamond earrings at Mrs. Reed’s, how if both went missing, well, that looks suspicious, but one? One could’ve fallen off the table. Could be pressed into the carpet at the country club. Could be loose in a pocket somewhere.
Here, the grass is green no matter the time of year, and every house has flowerpots or window boxes, or huge bushes covered in colourful flowers. The shutters are bright yellow, navy blue, deep red, emerald green. If there’s any gray at all, it’s soft and elegant—dove gray, I heard Mrs. Reed call it. There’s a constant hum of activity from lawn services, carpet cleaners, and housekeeping vans going in and out of driveways, even on a rainy day like today.
My sneakers squeak as I walk down the sidewalk, and I think of my apartment, how it’s probably leaking in that one spot in the kitchen again, the ceiling a darker, dingy gray against the rest of the dingy gray. The apartment is cheap and not in a terrible part of town, but some- times it feels like living in a little concrete box, and no matter how much I try to dress it up with posters from Target or pretty blankets I’ve picked up from thrift stores, the gray fights back.
There isn’t any dingy gray in Thornfield Estates.
I remind myself that walking dogs sucks, but at least it doesn’t carry the threat of second-degree burns.
No telling what Mrs. Reed was supporting last night, really, but that’s another thing I don’t actually care about.
I step off the sidewalk, and into the center of the road, to get a closer look.
PART ONE – JANE
A man who seems perfect…
Eddie can give Jane everything she’s always wanted: stability, acceptance, and a picture-perfect life.
Bear stops to smell another mailbox, but I pull him on, making my way toward my favorite house.
A girl looking for love…
When Jane, a broke dog-walker newly arrived in town, meets Eddie Rochester, she can’t believe her luck. Eddie is handsome, rich and lives alone in a beautiful mansion since the tragic death of his beloved wife a year ago.
She still expects me to do it, though.
Maybe a brunch to raise money for kids who don’t know how to yacht.

My thanks to Anne Cater of Random Things Tours for the tour invitation. For my turn on the tour, I have an extract of the first chapter.
Rachel Hawkins is the New York Times bestselling author of multiple books for young readers, and her work has been translated in over a dozen countries. She studied gender and sexuality in Victorian literature at Auburn University and currently lives in Alabama with her husband and son. The Wife Upstairs is her first adult novel
That’s the important thing—that I know that she feels bad.
It’s the biggest house in the neighborhood, rising taller, two massive wings sprouting off either side, two oak trees climbing high on the front lawn. It was clearly older than the other homes in the neighborhood, probably the first house ever built here.
It’s at the end of a dead-end street, set back farther from the road than the others, and it’s one of the few that doesn’t seem to have a steady stream of people going in and out. The yard is just as green as the other lawns in the neighborhood, but shaggier, and the pretty purple bushes that bloom out front have climbed too high, blocking off windows on the first floor.

ABOUT THE AUTHOR
I’ve been walking dogs in the Thornfield Estates subdivision for almost a month now, and if there’s one thing I’ve definitely figured out, it’s that what matters most is how everything looks.
Bear stops to pee against a curb, and I use my free hand to push the hood back from my head, cold rainwater slithering down my neck as I do. The rain jacket is old, and the seam on the left side is torn, but I can’t bring myself to buy a new one. It’s an expense that doesn’t seem quite worth it, and sometimes I wonder if anyone around here would notice if an older raincoat went missing.
The sameness of Thornfield Estates means that eventually, all the houses blur together. I like that—a beautiful blur is better than the depressing monotony of my part of town—but there’s something about this house, all alone at the end of a cul-de-sac, that draws me back every time.
Mrs. Reed and her husband live alone on Magnolia Court in eight bathrooms and seven bedrooms, a formal living room and a family den, an upstairs lounge and a “gentleman’s study.” Every house in Thornfield Estates is like that from what I can tell. I’ve been in four of them so far because of course once one neighbour has a dog-walker, everyone else needs—wants—one. I work for the Reeds, walking Bear, and now for the McLaren family on Primrose Lane, walking their dalmatian, Mary-Beth. Then there’s the Clarks on Oakwood with their shihtzus, Major and Colonel, and Tripp Ingraham on Maple Way just hired me to walk his late wife’s Labrador, Harper.
That’s what all these houses are about.

But Mrs. Reed is holding her dog Bear’s leash, making a face at me, this frown of exaggerated sympathy that’s supposed to let me know how bad she feels about sending me out in the rain on this Monday morning.

It is the absolute shittiest day for a walk.
This part of the neighborhood is always so quiet that it doesn’t even occur to me that standing in the street might not be the safest thing to do.